Annually, Miami and its tropical beaches can expect an average of 23 million visitors, all traveling to experience clear blue waters and to enjoy water sports, sunbathing, and world class nightlife.

When the Miami Chapter began testing local waters for enterococcus bacteria in March 2018, they could have never expected to grow their Blue Water Task Force program into one of the most recognized and locally trusted citizen science programs in the area. Historically, local governments in Miami and Miami Beach have been weary of public notices which could affect tourism numbers or the public's perception of Miami’s pristine beaches and waterways, but a new wave of Commissioners and elected officials has embraced the value that nonprofit organizations like Surfrider’s Miami Chapter provide. Now local governments view the volunteers as watchdogs for critical environmental issues that can oftentimes go unnoticed.

When it was brought to the attention of Surfrider Miami chapter activist and BWTF volunteer Annie Tworoger, that something wasn’t right in the area, she decided to consult with BWTF Lab Director Scott Stripling and start testing that location weekly. The location was a small man made pool at South Pointe Park this past August. The pool surrounded an outfall pipe just south of fifth street in Miami Beach. It appeared that the City of Miami Beach was attempting to keep this water from flowing into Biscayne Bay, and had even put up sandbags to retain it, but kids could be seen playing in this new man made pool. Annie was very concerned.

“It looks like a beautiful natural spring in the rocks, a jacuzzi south of fifth”, which clearly was attractive to young swimmers and recreators. Yet week after week, the enterococcus data was off the charts. When Surfrider activists reached out to City officials and presented their findings, the City quickly took action and installed a permanent sign advising locals and visitors to not swim, wade or recreate in that area. “I just simply do my part.  As soon as I was aware of that site, I knew it was not safe.  Luckily our local chapter of The Surfrider Foundation’s Blue Water Task Force has the ability to test sites like these.  And our higher ups had my back in doing so. Scott Stripling is a wonderful leader.” 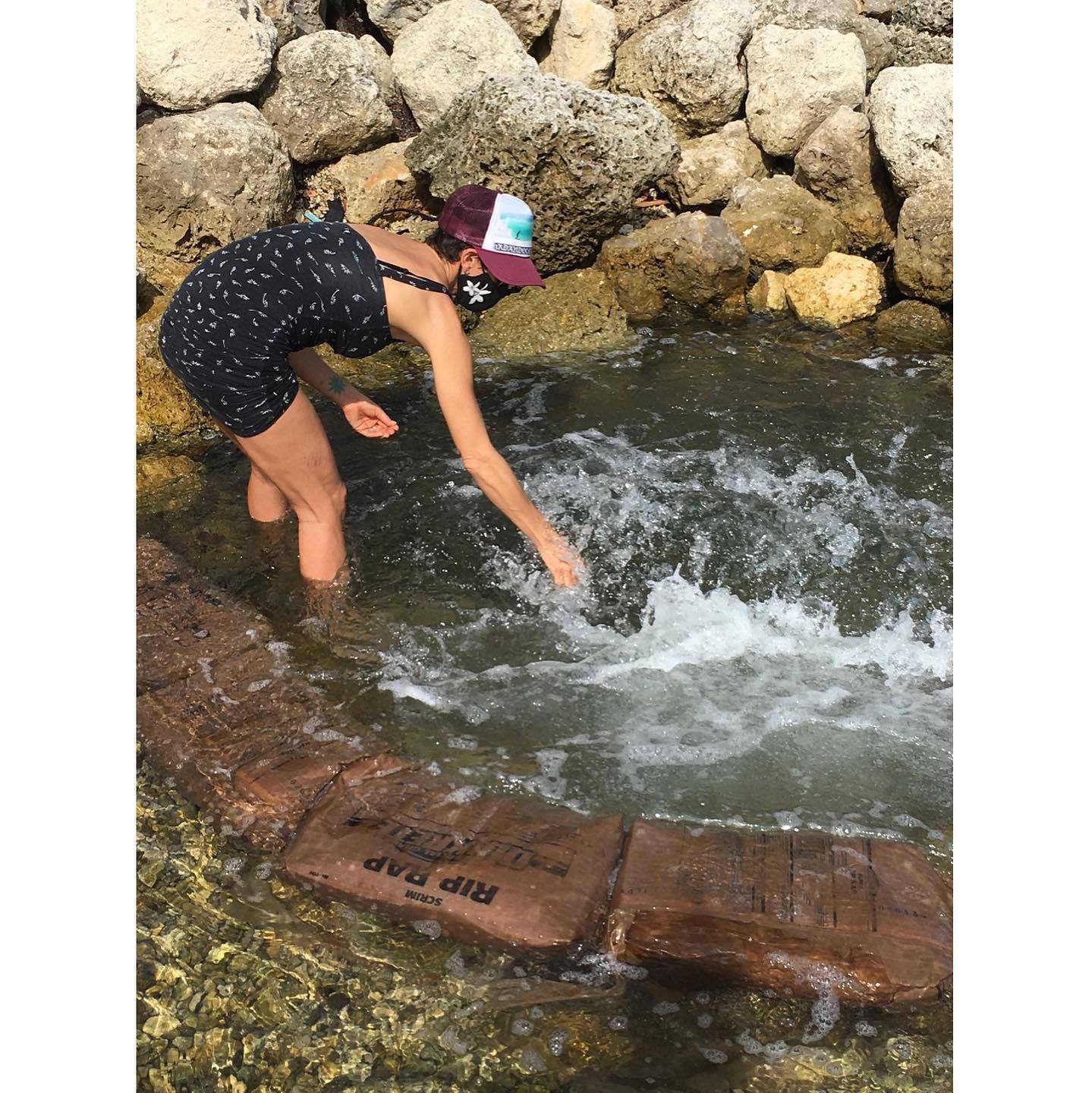 This was a perfect example of how our chapter activists build bridges and find critical solutions in their communities to keep everyone safe at the beach.

“The Miami chapter of Surfrider has worked for over 20 years to build a strong relationship with the City of Miami Beach and other area municipalities. This was a perfect example of how these relationships build trust and lead to positive action when issues arise. We all want to keep our communities safe and allow everyone to enjoy a day at the beach,” says Stripling.

The Miami Blue Water Task Force is one of over 50 volunteer water quality monitoring programs run by the Surfrider Foundation chapters across the country. In every location we test, our volunteers are doing their best to communicate their results to inform community members of where it is safe to surf, swim and play in the water. The Miami Chapter sends out weekly water quality reports with the results of their testing program via email and social media and has done a great job of building community awareness of their relatively new program. It is encouraging to see the information they shared so well-received by the City of Miami and City of Miami Beach, who in turn took action to warn the public before they could enter the water at this polluted site.

Sign up for weekly Water Quality Alert Emails by Surfrider Miami, check out all the beaches and sites tested here, and stay up-to-date on local chapter activities via Facebook. 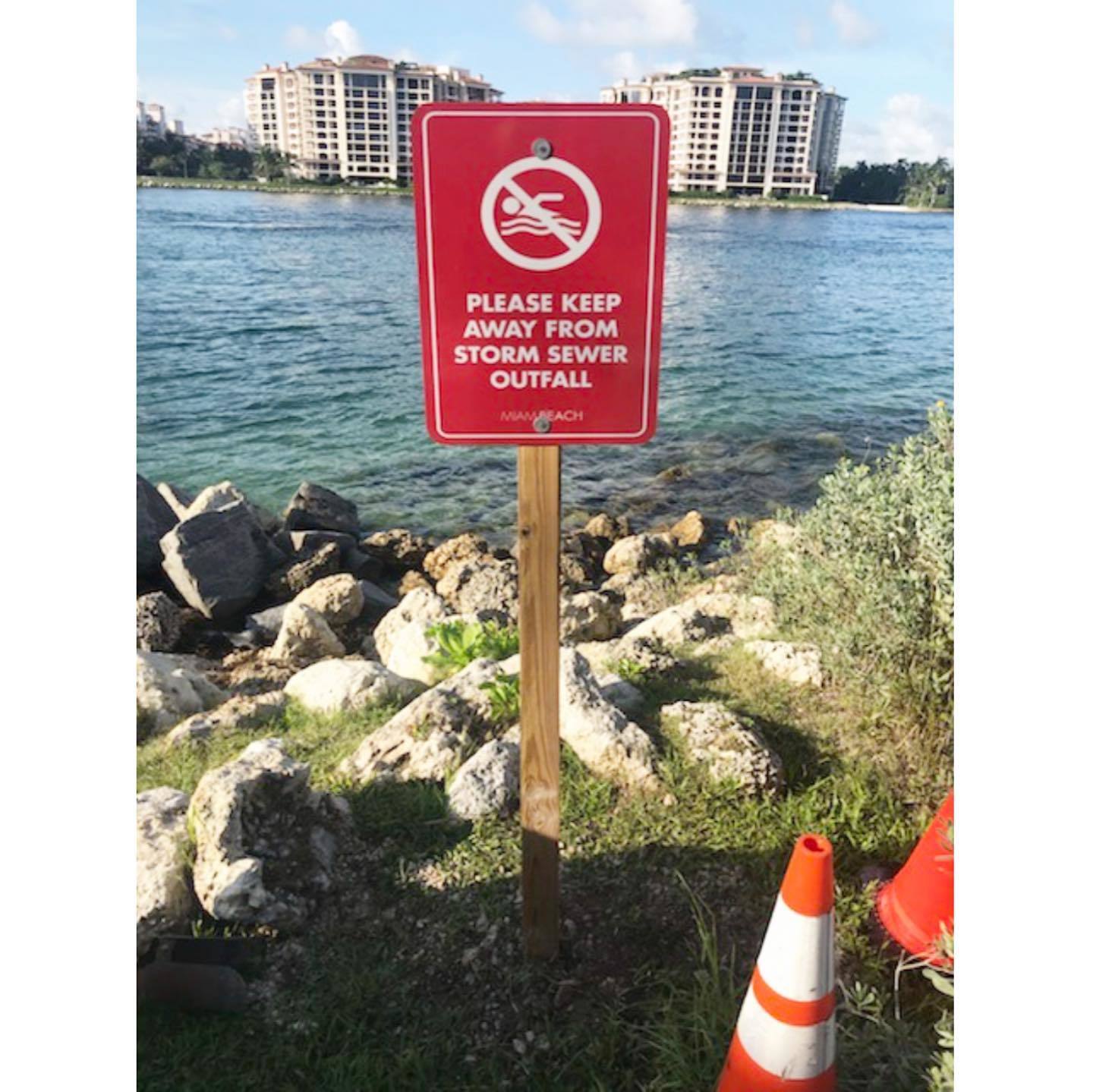