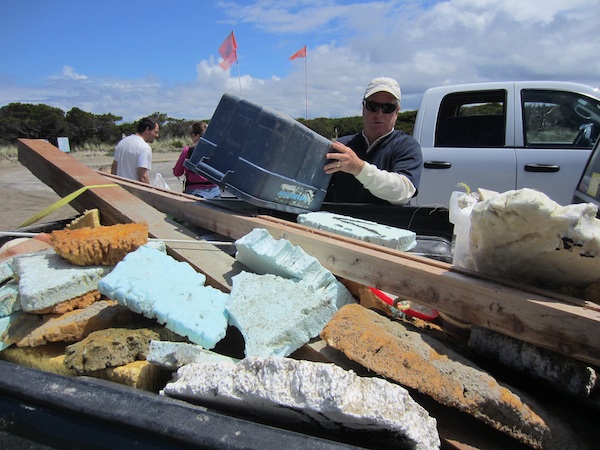 Spurred by a need to educate, activate and engage citizens in Japanese tsunami marine debris work in Oregon, Surfrider Foundation chapters in the region have officially partnered with other NGOs and academic groups to form the Oregon Marine Debris Team partnership and initiative. The partnership is a combined effort of SOLVE, Surfrider Foundation, Oregon Shores Conservation Coalition’s CoastWatch program, Oregon Sea Grant and Washed Ashore to help better engage Oregon citizens and volunteers in marine debris related efforts, largely spurred by the early organizing around Japanese tsunami debris response. Our collective groups have a long history of engaging citizens in stewardship efforts and now more than ever our beaches are in need of Oregonians’ help. You can sign up to get more involved and be notified of ongoing organized cleanups and outreach by signing up here.

Check out the Oregon chapters' homepage for more information and to read the official press release.