The Surfrider Foundation Rincón Chapter is calling upon federal agencies to protect threatened elkhorn and staghorn corals and other marine resources in the Marina Reserva Tres Palmas (RMTP) in Puerto Rico from nearby development. While a flurry of concerning development is threatening the Rincón area, a new residential housing development being constructed on a hilltop directly upland from the RMTP has Surfrider and community members particularly outraged and concerned. The RMTP’s reef provides a world class, famous surf break.

The Finca Sueño de Aurora construction project has involved bulldozing and significant earth movement at the hilltop site, changing the hill profile on at least a weekly basis, and residents have witnessed significant sediment laden stormwater discharges flowing from the project site. From there, the discharges flow downhill and ultimately into coastal wetlands, an abandoned boat basin adjacent to the Atlantic Ocean, and the RMTP. Based on the heavy sediment flows observed discharging from the site, it can be inferred that the developer is failing to install and/or maintain sufficient stormwater controls as required by the Clean Water Act and associated permit and regulations.

Surfrider has obtained a copy of the developer’s Stormwater Pollution Prevention Plan and some of the inspection reports required by the developer’s Construction General Permit, which note several instances where required controls were not in place or properly maintained. Surfrider further believes that the inspection reports indicate they may have been improperly filled out – for example, the majority of the reports failed to report storm events that occurred and likely stormwater discharges.

The developer also failed to consider the presence of the threatened elkhorn and staghorn corals and their critical habitat designation in the nearby RMTP, as required under its permit and the Endangered Species Act. Some of the biggest threats to these rare corals include land-based sources of pollution that impact the clear, low nutrient waters in which they thrive. Stormwater pollution from development is one such threat. Sediment runoff and other pollution can smother reefs, speed the growth of damaging algae, make corals more susceptible to disease, and impede their growth and reproduction.

The loss of corals has significant environmental impacts including the loss of crucial marine life habitat they provide and coastal flood protection from extreme storms; and their loss has tremendous economic impacts to the local communities that rely on them for things like local tourism as well, estimated to be in the hundreds of billions of dollars globally. A 2020 NOAA report estimates that coral reef-derived tourism generates nearly $2 billion in income and regional domestic product in Puerto Rico alone. Puerto Rico’s world class surfing destinations are a major draw for tourists visiting the island, and the many reef breaks like Tres Palmas rely on healthy corals to continue to exist.

In response to Surfrider and other community members voicing concerns about the Finca Sueño de Aurora project and its extensive stormwater pollution, on July 15, the National Oceanic and Atmospheric Administration (NOAA) and National Marine Fisheries Service (NMFS), sent a letter warning the developer that the project’s construction runoff could result in the violation of the Endangered Species Act and result in an enforcement action.

Surfrider continues to express our concerns with EPA Region 2, NOAA, and NMFS, which, respectively, have authority to enforce the Clean Water Act and Endangered Species Act. We encourage the agencies to hold the developer accountable, as the RMTP and Puerto Rico’s beloved corals deserve the utmost protection.

If you’re in the Rincón area, and observe continued stormwater pollution from the Finca Sueño de Aurora project site, you can help by sending an email and photos to bosques.sergio@epa.gov, lopez.jaime@epa.gov, rivera.jose@epa.gov, and jennifer.schull@noaa.gov or submitting a report via https://www.epa.gov/enforcement/report-environmental-violations.  Reference the Finca Sueño de Aurora project, NPDES number PRR1000A9, and please include the date your photos were taken.

UPDATE:  On August 12, EPA issued an Administrative Compliance Order (“Order”) to the project developers, requiring them come into compliance with the Clean Water Act, regulations, and Construction General Permit. In other words, they must put in proper stormwater controls and stop polluting wetlands and waterways. Specifically, the Order recognizes numerous violations including discharging sediment-polluted stormwater that ends up in coastal wetlands, and failures with respect to required inspections and trainings. The developers are required to submit a Plan of Action within 30 days to come into compliance, and implement the Plan within 90 days.

The Order does not provide for penalties at this point. However, it does not waive EPA's authority to bring future civil or criminal lawsuits for penalties, fines, and other appropriate relief. Additionally, failure to comply with the Order could result in fines of up to $56,460 per day if a later civil action is brought. EPA also issued the developers a Request for Information in response to Surfrider’s citizen complaint regarding the project egregiously dumping truckloads of loose sediment northwest of the project site in July. This new dumping site, where zero sediment controls have been implemented, is near a swale that can easily carry the sediment via stormwater directly into the RMTP at Steps Beach. If the developers fail to comply with the RFI they could be subject to steep penalties in court, or other administrative penalties.

Surfrider is thankful EPA has issued this Order.  It is imperative that the RMTP and its threatened corals be protected from construction related pollution. However, monetary penalties are critical here, as both an incentive for future compliance and in order to compensate for the harms and seriousness of the violations that have already occurred. Without penalties, developers will continue to violate the Clean Water Act and their permits, as Surfrider is seeing throughout the Rincón watershed. Surfrider will continue to monitor the project and advocate for compliance with this Order, the project’s Plan of Action, and the Clean Water Act, and push for strong penalties should violations continue to occur.

Below photo courtesy of https://www.salvaensenada.com 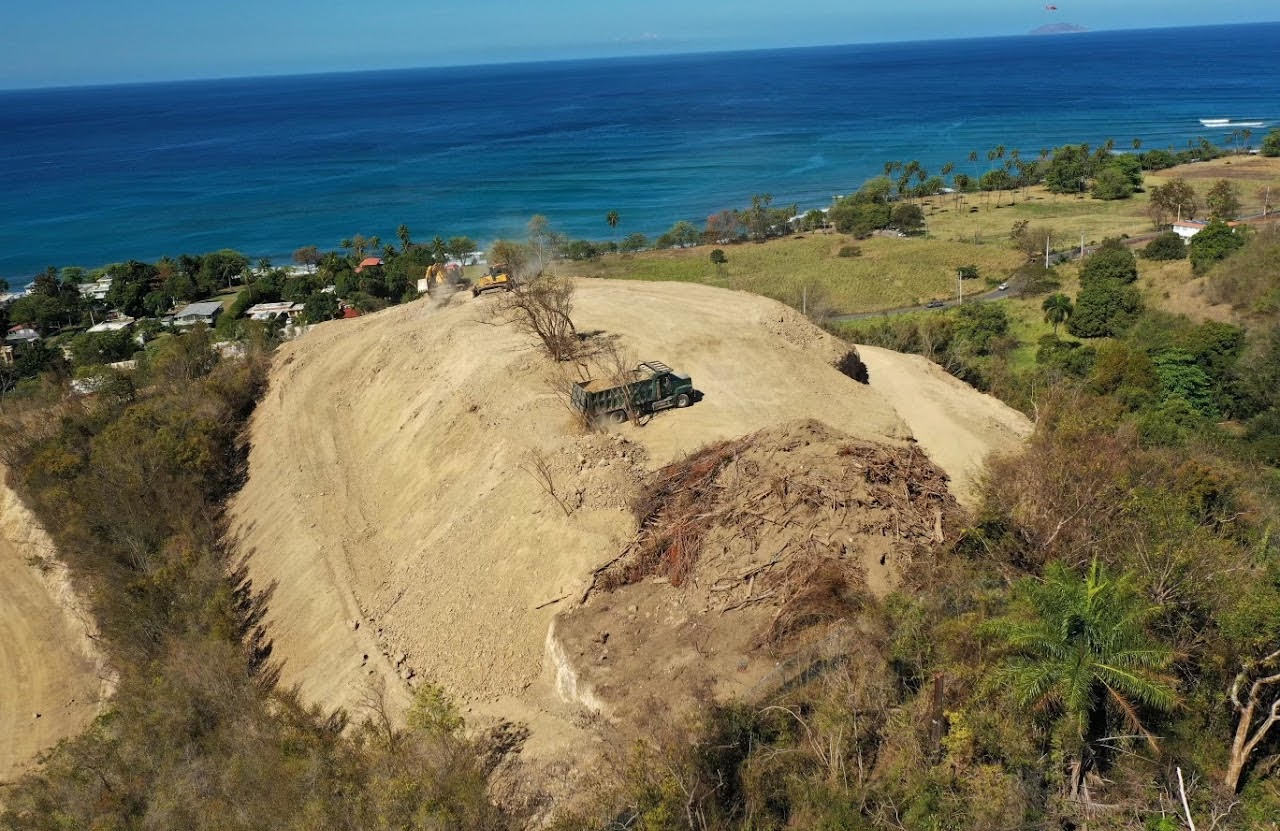