Seawalls and Sea Level Rise: Not a Winning Course of Action at Sharp Park

The Surfrider Foundation’s San Francisco chapter has been working for the last several years to restore and protect Sharp Park, in Pacifica, California, due to its significant location on a fragile coastal wetland, the habitat it provides to threatened and endangered species, and threats to the beach from  long term, aggressive erosion in the area.  Last week, the California Coastal Commission unanimously approved a Coastal Development Permit (CDP) for the San Francisco Recreation and Parks Department’s (SFRPD) Sharp Park golf course project, which Surfrider Foundation opposes.  The CDP allows SFRPD to construct infrastructure “improvements” to the oceanfront course, which is home to the endangered San Francisco garter snake, and the threatened California red-legged frog.  Specifically, the CDP will allow SFRPD to dredge and remove sediment and emergent vegetation from a pond and wetlands on the property, and install steps, a gate, a walkway, and a retaining wall associated with a pumphouse, on the course.  The permit also acts as an “after-the-fact” permit for two prior pump replacements which SFRPD installed without required permits.  These improvements are primarily meant to address flooding on the course, which, given its location on a wetland and immediately adjacent to the ocean, it is consistently and not surprisingly prone to.

The Surfrider Foundation voiced its concerns at the hearing, and submitted written comments to the Commission on behalf of its San Francisco and San Mateo County chapters.  Surfrider’s concerns relate to the golf course’s location, and the importance of not armoring the coast and not eliminating public beach in order to protect the project.  The problem is, the golf course sits right on the Pacific, in the path of certain sea level rise.  The ocean is expected to rise between 1.56 and 11.76 inches by 2030, between 4.68 and 24 inches by 2050, and between 16.56 and nearly 66 inches by the end of the century.  What this means is much of the golf course could be under water by the end of the century.  Further, the Coastal Act explicitly prohibits new development that requires the construction of protective devices that substantially alter natural landforms along bluffs and cliffs.  (Cal. Coastal Act § 30253.)  Coastal armoring like seawalls and rock revetments do just that.  Among many effects, unsightly armoring artificially “fixes” the coastline, instead of allowing it to naturally erode inland, and thereby reduces the natural supply of sand to the beach.   As sea level rises and the tideline moves inland toward a fixed seawall, the public beach gradually gets smaller, until the water hits the seawall, covering and eliminating the public beach.

Thus, the Commission approved the Sharp Park CDP on the condition that the project be constructed and used only as long as the development remains safe for use, “without additional substantive measures.”  (CDP 2-12-014, Special Condition No. 7(b).)  The CDP further requires the project be removed or relocated upon any state or federal agency order, or when the development becomes threatened by coastal hazard.  Thus, Surfrider Foundation argued it is a waste of public funds to proceed with the project, given the inevitability of sea level rise and storm surge threats, which will eventually require the project’s removal.  Surfrider also asked the Commission to amend the CDP to explicitly prohibit any and all further coastal armoring on the property, and explicitly provide that the property is subject to natural coastal adaption policy.

Finally, Surfrider Foundation voiced major concerns because SFRPD is already violating the Coastal Act by installing an unpermitted rock revetment on the property, without a CDP, for at least the last couple of years.  Surfrider has repeatedly alerted the Commission to this violation and asked the Commission to take enforcement action against the SFRPD.  SFRPD apparently considers the rock revetment merely maintenance or repair to an existing pre-Coastal Act earthen berm on the property.  However, adding a new massive stretch of giant rocks to the beach in front of the berm isn’t maintenance or repair of the earthen berm.  Just as one doesn’t “repair or maintain” a home by building a new second story or new guest house addition, one can’t claim that adding an entirely new additional rock revetment is “repair or maintenance” of an existing berm.  “Maintenance” excludes new work or changes in the original extent or fill of design. 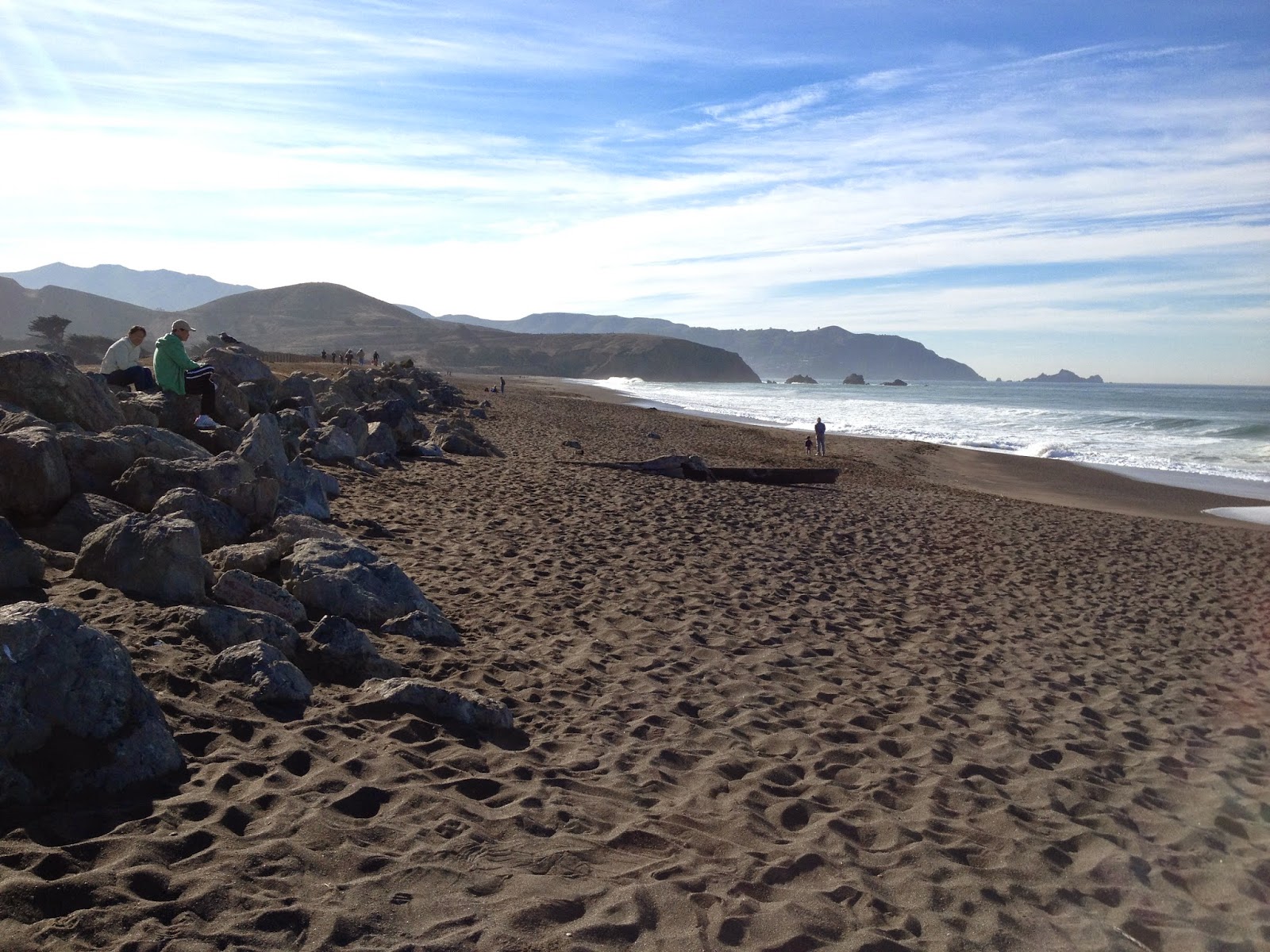 But, despite Surfrider’s concerns, Commission staff recommended proceeding with the project, and specifically advised the Commission that the seawall issue was separate and apart from the Project.  Surfrider Foundation disagrees, as the Coastal Act and CDP’s prohibitions against further armoring are intricately related to the existing rock revetment violation.  Since further armoring is prohibited under Special Condition No. 7, all prior illegal unpermitted armoring must also be prohibited.  Additionally, at the hearing, staff announced that SFRPD had just submitted a CDP application for its seawall “repair” earlier in the week.  This was after repeated notice to SFRPD to correct the violation, since early 2013, and yet the SFRPD is apparently just now being responsive, after Surfrider Foundation raised the issue in its written public comments a week before the hearing.  Again, the rock revetment cannot be considered merely repair and maintenance of the existing earthen berm, and cannot be allowed to remain as yet another after-the-fact permit.

In fact, even though the Commission voted unanimously to approve the CDP, some Commissioners cited concerns with respect to the seawall and SFRPD’s apparent proclivity toward violating the Coastal Act and seeking after-the-fact permits.  Particularly, Commissioner Martha McClure was concerned with the berm, and thought SFRPD should be aware that they would be putting lots of money into a project that “may have a retreat scheduled coming right behind it, because it’s really close to the ocean right there.”  Additionally, Commissioner Olga Diaz (an alternate for San Diego Coast Representative Gregory Cox) also expressed concerns with the berm, saying that if SFRPD were applying today to put up a berm in order to put in a golf course, SFRPD would not have her support.  With respect to SFRPD’s prior Coastal Act violations of replacing water pumps without CDPs, Ms. Diaz also stated this should be the last time that an after-the-fact permit ever happens.  “A third time I think would be too much,” Ms. Diaz said.  Surfrider Foundation agrees.  A third time will be too much.

Therefore, while Surfrider Foundation is disappointed the Commission did not address all of its concerns at this Sharp Park hearing, Surfrider will continue to stay engaged to oppose any additional after-the-fact permitting and further coastal armoring on the property. 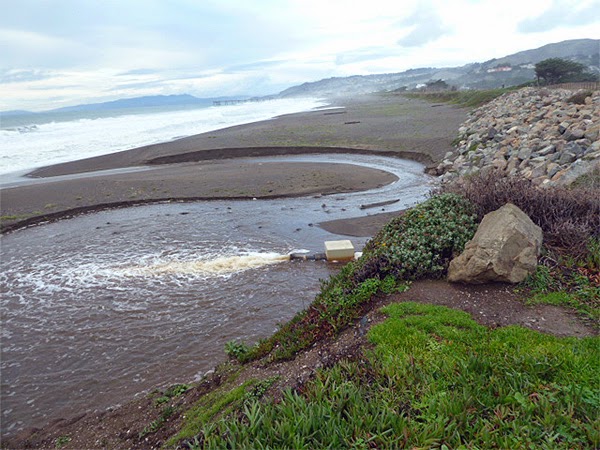