Surfing After a Rain - What are the Risks?

Recently I was interviewed by Jake Howard of Surfline regarding the health risks of surfing after a rain.  I repeated the standard Health Department warning to stay out of the water for 72 hours due to the mass of pollutants (including human and animal fecal matter) that can wash off the land and streets, into storm drains and rivers and then directly to the ocean after a rain.  We know that dirty water can't be good for you, but how bad is it?  What kind of diseases can it cause? Will you be sick for a day or longer? What are the odds? 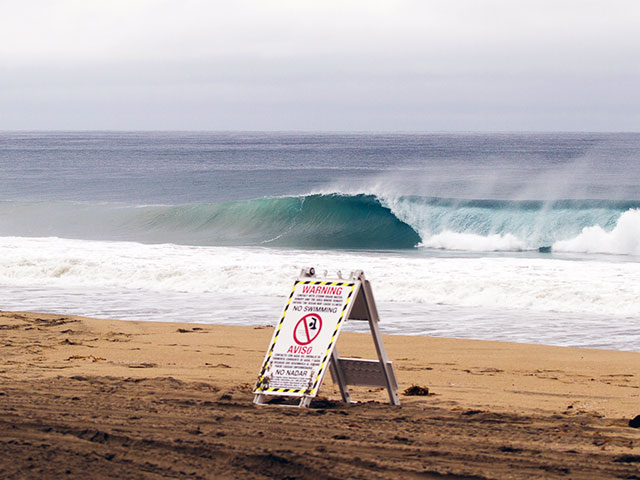 The truth is, we don't know the answers to those questions.  Current water quality standards that form the basis for beach health warnings were deveopled based on large-scale epidemiology studies that try to correlate ocean exposure with rates of illness for beachgoers at crowded beaches during dry weather in the summer. The ideal participant in these studies is a one-time beachgoer who only goes to the beach being studied on one of the days when researches are testing water quality there.  That way, if that person gets sick shortly thereafter, the researchers can reasonably associate the illness with the exposure. If you sign up hundreds or even thousands of such particpants in a summer study, that generates enough data for the results to be statistically significant.

But what about surfers?  They aren't just one-time beach users.  They go in the water a lot, often at several different beaches.  If they get sick, how can you match up the exposure with the illness? Was that sinus or ear infection or “stomach flu” due to Tuesday's dawn patrol session at Beach A or the Wednesday after work session at Beach B?  And what about wet weather?  Casual beachgoers don't generally go to the beach in the winter or during/after rain events, but surfers do.  But how can you recruit enough surfers to participate in a winter study and how can the study be designed so that enough meaningful data is generated to allow illness rates to be generated and illness/water quality correlations to be evaluated?

Researchers at Southern California Coastal Water Research Project (SCCWRP) and UC Berkely worked with Surfrider Foundation to design such a study.  The Surfer Health Study focuses on surfers that frequent two beaches in San Diego - Ocean Beach and Tourmaline Surfing Park.  These are both popular surfing areas that are impacted by runoff during storms.  San Diego River discharges at the north end of Ocean Beach, and a storm drain discharges near the surfing area at Tourmaline.  Water quality will be intensively tested at both locations, as well as testing the river and storm drain water. Data will also be collected for surf sessions at other beaches. By signing up surfers (both online and at the beach) and following their surfing sessions and illnesses through online self-reporting over the winter, we believe that, for the first time, surfer illness (including wet weather exposures) can be quantified.  A pilot study was conducted last winter which verified the study methodology.  This winter, a larger-scale effort is in progress.  Our hope is that this will lead to a better understanding of health risks to surfers and efforts to identify and eliminate sources of pollution.