Surfrider Foundation, on behalf of the South Orange County Chapter, filed an amicus curiae (or “friend of the court”) brief on March 15, 2021, to object to the rampant over-development of homeowners situated directly on the beach.  This litigation involves a mobilehome park situated very close to the shoreline in north San Clemente, California, where a group of residents applied for individual after-the-fact permits to add second stories to their homes.  Surfrider Foundation activated on the case to (a) address egregious coastal development that induces coastal armoring and beach loss due to sea level rise and erosion, (b) support the preservation of coastal viewsheds and other coastal enjoyment opportunities, and (c) defend the strong coastal resource protection laws and regulatory system in California.

Whereas most “mobilehomes” are truly mobile and can move from place to place, these massive structures in north San Clemente are sized up to 3,000 square feet and valued at $2-7 million. Unlike typical mobile or modular homes, these homes were not preconstructed and brought to the site but were built on site.  The Capo Shores Mobilehome owners sought after-the-fact permits to add second stories on the large homes, which were already encroaching upon public trust tidelands but now had unpermitted development making their homes 25 feet high and impeding the coastal views from the nearby public coastal trails and Pacific Coast Highway.

Furthermore, the mobilehome owners’ coastal development, without proper review, would impermissibly impair the public’s enjoyment of the local coastline, obstruct spectacular coastline views, and increase the likelihood of detrimental coastal erosion.  As we point out in the brief, state law mandates that protecting California’s “scenic resources is a paramount concern,” Cal. Pub. Res. Code § 30001, and that permitted developments must be “designed to protect views to and along the ocean and scenic coastal areas,” Cal. Pub. Res. Code § 30251.  Even the City of San Clemente objected to this obstruction of public views, with testimony by the San Clemente Community Development Director objecting to impediments of public view corridors in the city’s Marblehead Coastal Park and coastal roads.  The City pointed out that the homes should be limited to a height of 16 feet “to avoid or minimize the impacts from the public trails and recreational areas consistent with past commission permit action within Capistrano Shores.”

Due to the heightened erosion in recent years at Capistrano Beach, this issue is of the utmost concern to the local South Orange County Surfrider Foundation Chapter.  Henry Chou, Chair of the South Orange County Chapter issued the following statement:

“This brief and action identifies exactly why the California Coastal Act exists, with the ultimate governance by the California Coastal Commission.  Proper, thoughtful management and protection of public access and views of our coastline and ocean - not only for mobile homesites but regular single structures and other development all along our California coastline - needs to be vetted and protected for the public's interests.  There already exists view blockage and restrictions of public coastal access points, as well as, the lack of public parking, and it could be argued that even with the entry way at the northern part of this 90-unit park, there is and has been for almost a decade a considerable psychological barrier to public recreational access.”

Now that the appellate level briefing is completed, the parties await the California Fourth District Appellate Court’s ruling on the matter in the coming months.  Surfrider Foundation is very grateful to our pro bono counsel at Wilson Sonsini Goodrich & Rosati P.C. for their generous and high-quality work on the amicus brief. 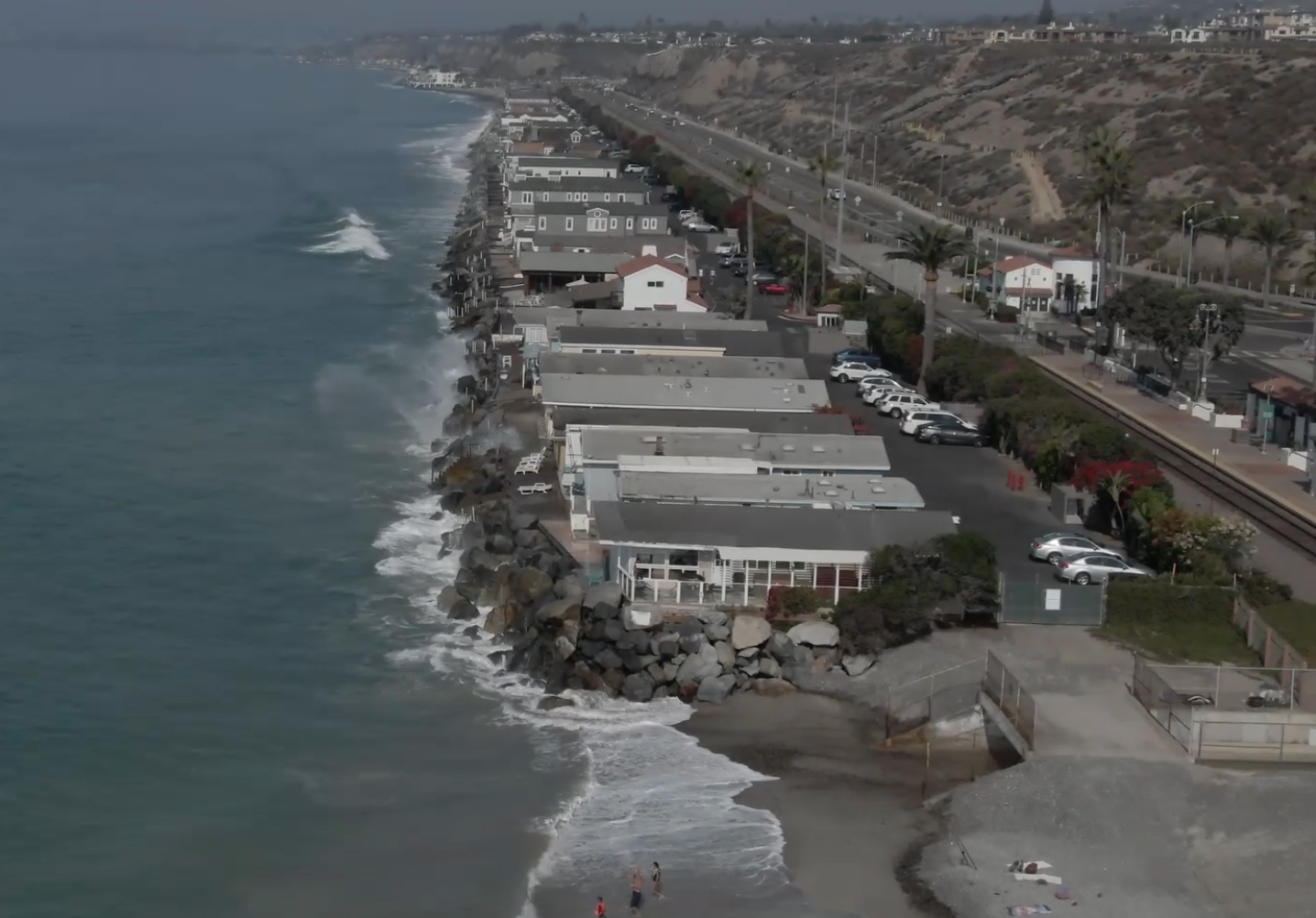