The case was initially brought by two bluff-top homeowners in Encinitas, California, challenging the Commission for attaching a number of special conditions to a Coastal Development Permit (CDP) the homeowners were required to obtain in order to reconstruct a seawall below their lots.  Among the challenged special conditions are a condition limiting the life of the CDP to twenty years (at which time the Commission may revisit the need for the seawall or require further mitigation for its impacts), and a requirement to record a deed restriction stating that but for the imposition of the special conditions, the project would be inconsistent with the California Coastal Act (Pub. Resources Code, § 30000 et seq.).  The Commission also denied the homeowners’ request to rebuild a private stairway beach access, which is not in conformance with Encinitas’s local coastal plan.  After obtaining the CDP, the homeowners went ahead and constructed the seawall, and then brought their lawsuit, a petition for writ of mandate, challenging the Commission’s CDP conditions. 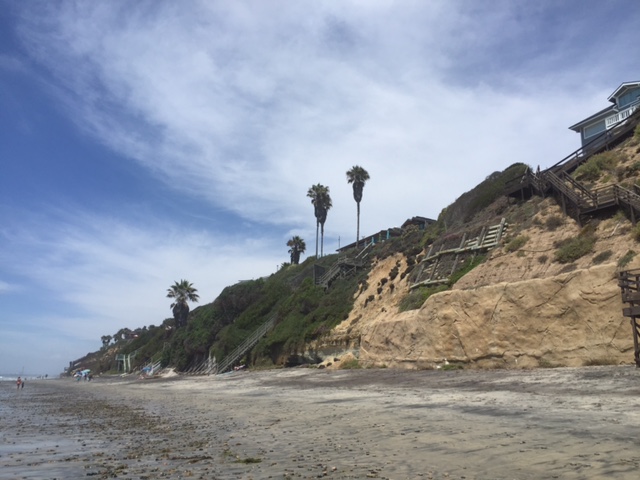 Previously, the Court of Appeal for the Fourth Appellate District held that (1) the homeowners waived any right to challenge the CDP conditions by accepting the permit’s benefits by constructing the seawall, and recording the deed restriction agreeing to the conditions, and (2) the conditions were lawfully imposed by the Commission, particularly given the Commission’s obligations to ensure compliance with the Coastal Act.

Surfrider has a particular interest in the outcome of the case, both because of (1) the potential consequences from coastal armoring, such as “fixing” a naturally dynamic shoreline and cutting off sand supply, which, along with sea level rise, inevitably lead to loss of sandy beaches, and (2) Surfrider’s interest in ensuring the Coastal Commission’s ability to carry out its obligations under the Coastal Act such as protecting and maximizing public beach access and recreational opportunities in California’s coastal zone.  Surfrider’s members, supporters, and staff regularly use and enjoy the beaches in Encinitas for surfing, walking, and hanging out.

Surfrider supports the Coastal Commission’s authority to regulate seawall construction to conform to the Coastal Act.  Specifically, Surfrider’s brief focuses on educating the California Supreme Court on the importance of natural dynamic coastal erosion processes, how seawalls preclude those natural processes and threaten the existence of sandy beaches, and the Coastal Commission's obligations such as maximizing public beach access and coastal recreation, with respect to these issues.  You may check out Surfrider’s brief here.

Participation in this case is but one aspect of the San Diego Chapter’s broader beach preservation program.  To learn more about the Surfrider San Diego Chapter and how you can get involved, please visit the chapter’s website or find the chapter nearest you here.

Surfrider Foundation was generously represented in this case by pro-bono counsel Deborah Sivas, who was assisted by her students in the Stanford Law School Environmental Law Clinic, and Ralph Faust.