The Surfrider Foundation is proud to announce the recipients of its Wavemaker Awards from 2019. These individuals, chapters and clubs are recognized for their outstanding leadership, performance, dedication and support in fulfilling the Surfrider Foundation’s mission to protect clean water and healthy beaches. Through their voluntary actions and hard work, they have gone above and beyond, spending countless hours to address the issues facing our communities, state and nation, while having a positive impact and increasing awareness of the Surfrider Foundation. We thank each of the recipients who follow for the passion and dedication to our coasts: 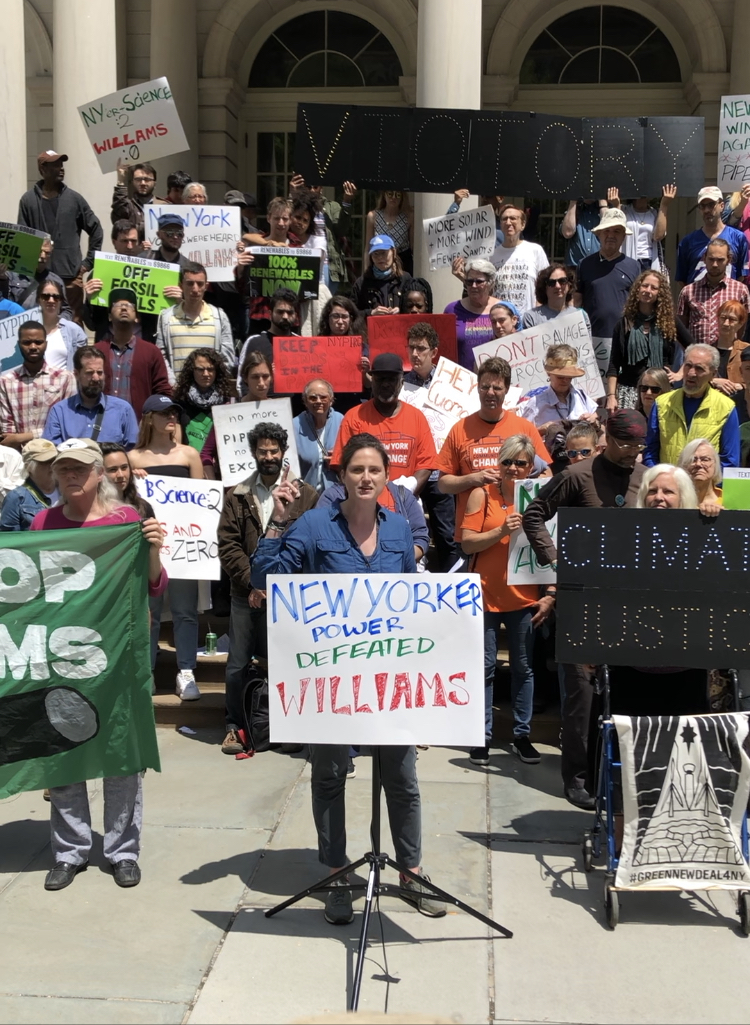 Awarded to the outstanding individual or group of individuals, selected on the basis of a single recent major moment of environmental activism related to a specific chapter/ chapters or campaign.

Noelle Piccone led the campaign against the Williams Transco pipeline for the New York City Chapter since 2017, and was a founding member of the Stop the Williams Pipeline Coalition. On May 15th, 2020, Noelle and the NYC Chapter celebrated a huge victory when both NY and NJ denied permits for the pipeline, stopping the project. The NYC Chapter and the coalition were relentless in staging rallies, protests, town halls, community engagement opportunities and meetings with elected officials, with a focus on activating frontline communities. Noelle led the chapter in every one of these actions. Notably, Noelle helped organize and participated in a canvass operation where they went door-to-door in Rockaway public housing communities to alert residents of this threat to their environment and also worked to mobilize a huge number of New Yorkers to march across the Brooklyn Bridge as a visible symbol of pipeline opposition. The fight engaged a large, diverse coalition of groups and Noelle was a catalyst in building the movement and ensuring that the chapter was a leader in the coalition. 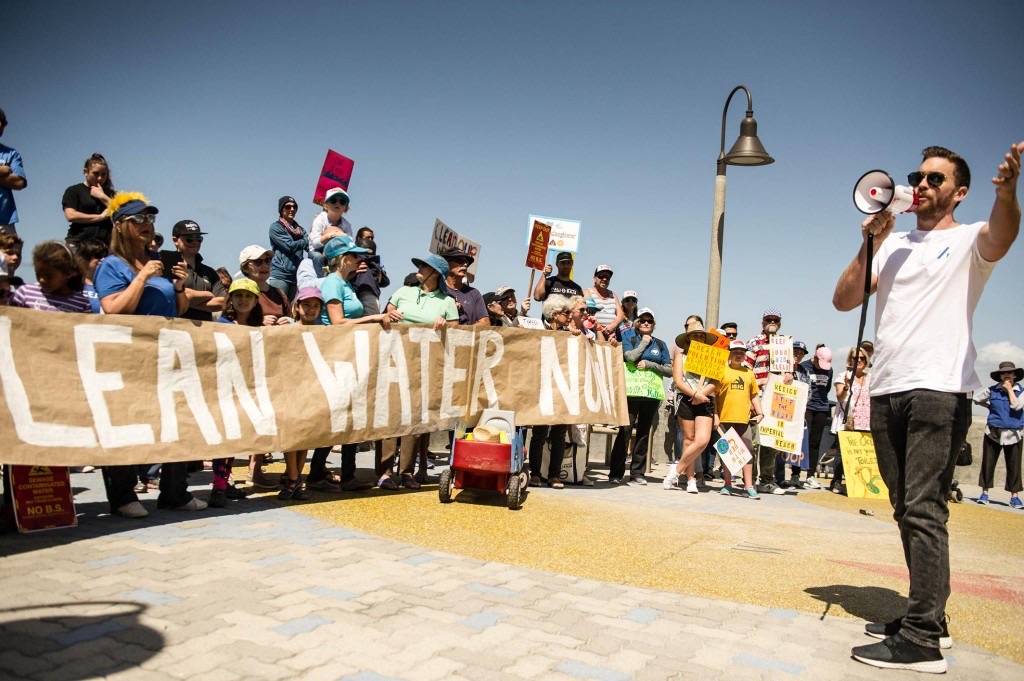 For leadership on the U.S. West Coast, Hawaii or Texas.

Mike has kept the San Diego Chapter relevant in countless political conversations, engaging in numerous boards and coalitions voluntarily at the local and county level. Under his leadership, the chapter has reinitiated their Blue Water Task Force program, which maintains a partnership with two local high schools and about 10 scientists fully dedicated to testing regional water quality. Mike's leadership led to the hiring of the chapter's legal advocate on the border sewage issue, which is invaluable to pulling in funding for solutions to this decades-long disaster. Mike has made tough management, administrative, and organizational decisions and he has always done so with poise and diplomacy. His quiet commitment has kept the chapter on track to fight border sewage, recycle water, plan for sea level rise, and clean up the beaches. 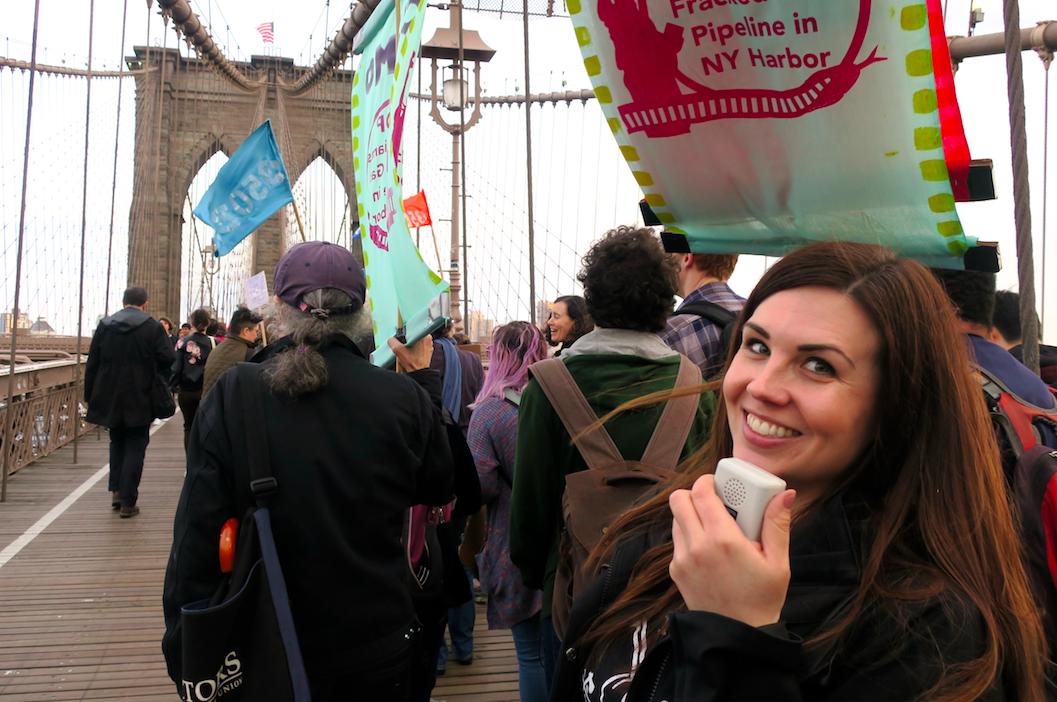 For leadership of a Surfrider chapter located on the US East Coast or Great Lakes Region.

Nikita Scott has brought the New York City Chapter to an entirely new level, making it a real powerhouse chapter on the East Coast. Nikita came to the chapter several years ago and jumped right in, fighting offshore LNG facilities. After those successful campaigns, she transitioned to being the chapter chair and it is here that she has really shined. She has put together an incredible team and has the chapter firing on all cylinders. They won a major battle against the Williams/Transo Northeast Supply Enhancement (NESE) pipeline, they have a great Blue Water Task Force program, they are winning major plastics victories, including a statewide bag ban and an additional fee on paper in NYC, and they have grown the youth engagement program that is unique to their chapter. Their outreach is outstanding with a fantastic website, a popular Meetup, and an enviable social media presence. Under Nikita's leadership, the New York City Chapter has led the way on implementing Diversity, Equity, and Inclusion in their chapter and they are assisting with the national organization’s efforts. As such, the membership in the New York City Chapter has steadily grown and the chapter has even loftier goals for membership in the coming year. Much of this is due to Nikita and the team she has put together. 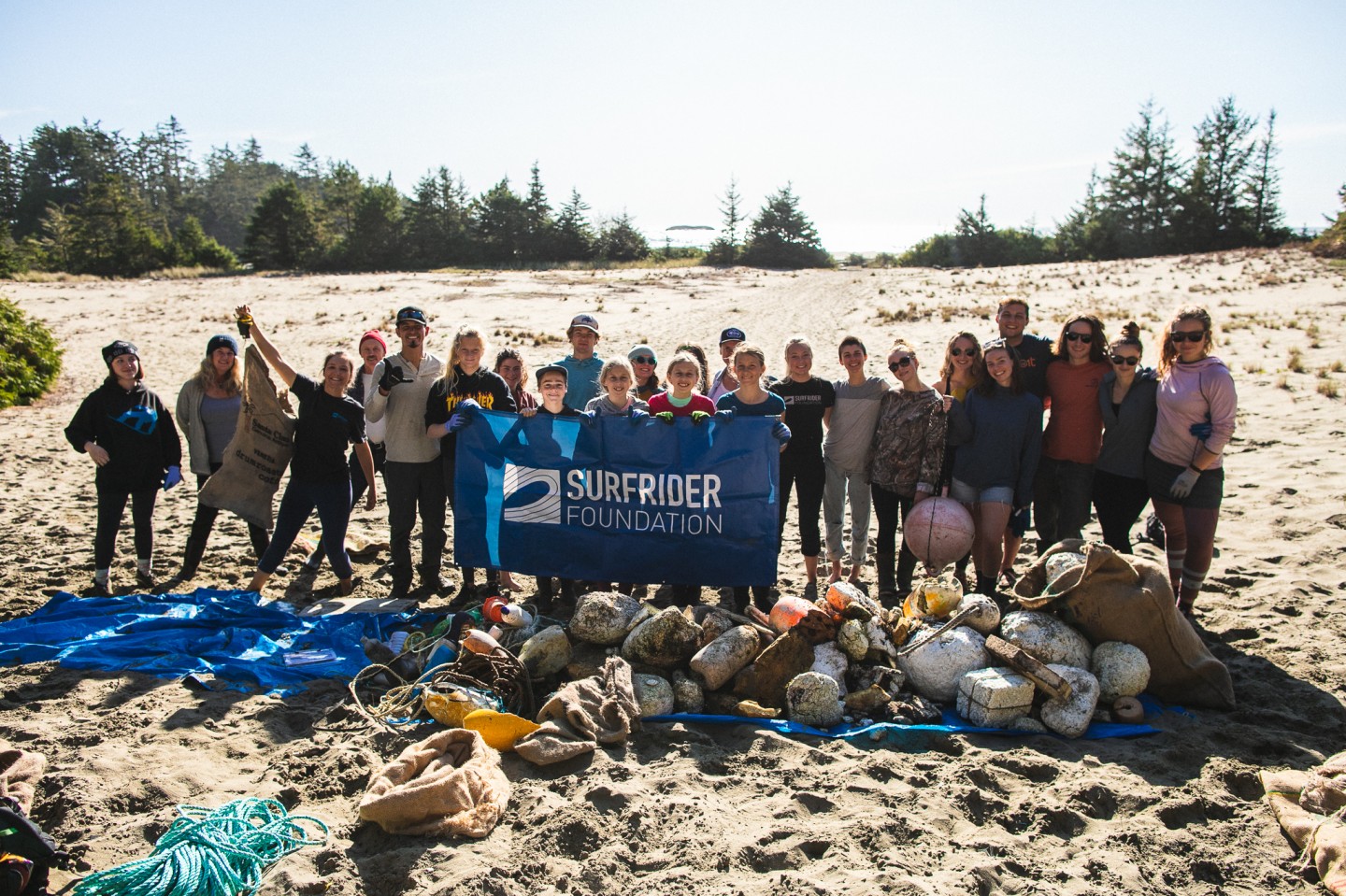 Given to an outstanding club.

Since its inception, the Ucluelet Secondary School (USS) Club has gone from strength to strength. They organize a minimum of three youth-led beach cleanups per year, focusing largely on remote shorelines and beaches with limited access. They have also developed their own Waste-Free Lunch campaign, and secure all their own funding through sponsorship and grants, including Live to Surf surf shop, USS PAC, and the Clayoquot Biosphere Trust. In 2019, they went above and beyond, investing in their club’s development by partnering with Cedar Coast Field Station for a day of learning about threats to the local marine ecosystem, and undertaking a Wilderness First Aid training event to support their remote beach clean-up initiatives. They also organized a march in conjunction with the September 27th Climate Strike, which was attended by more than 600 people across the towns of Tofino and Ucluelet, amounting to roughly 15% of the population! Finally, through the latter part of 2019, the club was instrumental in the planning and organization of the inaugural Surfrider Youth Conference, which they hosted alongside the Surfrider Pacific Rim Chapter at the beginning of this year. The two-day conference was a huge success, attended by over 100 students hailing from all over Vancouver Island and the lower mainland, establishing a community of youth activists in the region. We could not be prouder of our youth leaders! 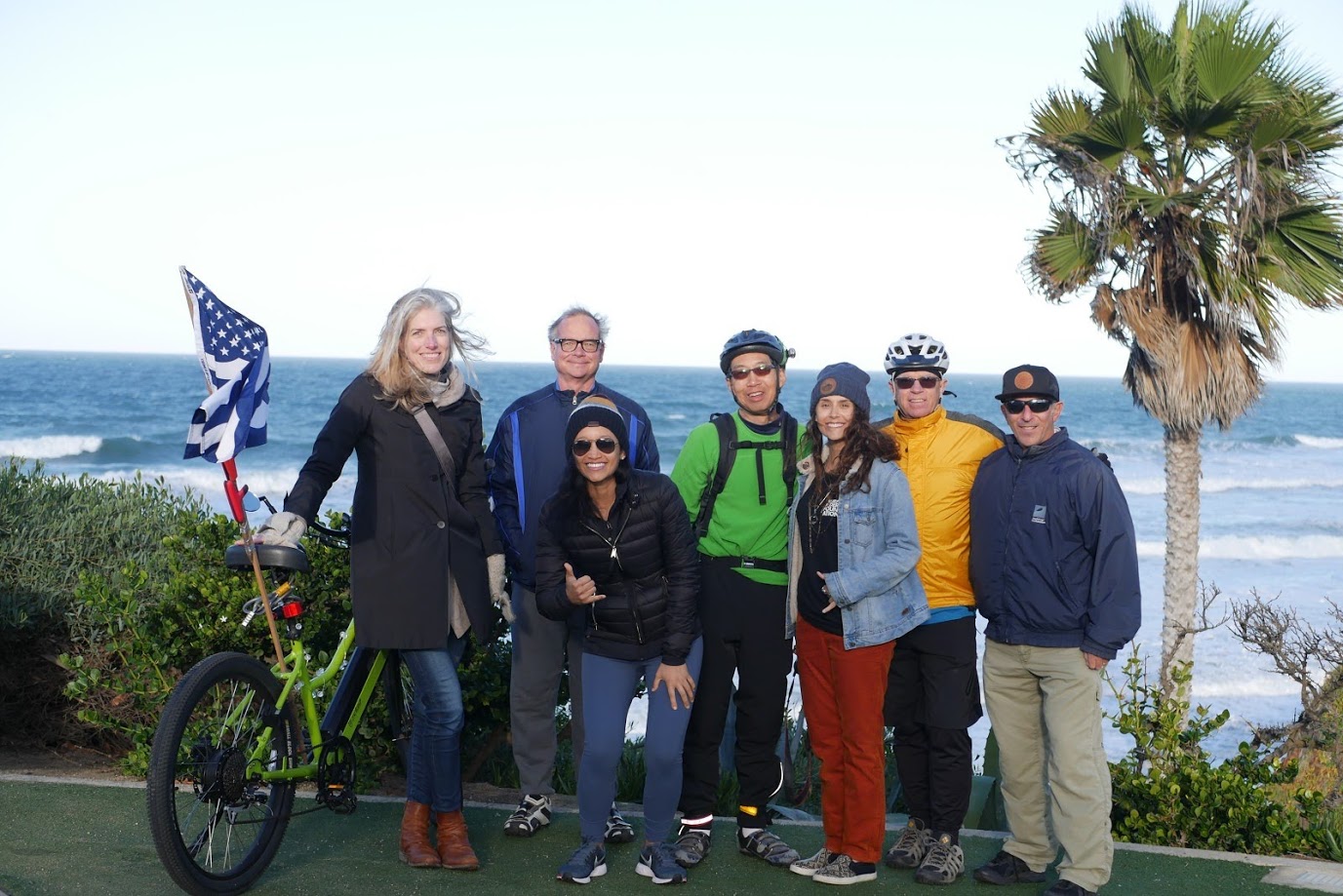 To recognize people or organizations for their service to Surfrider above and beyond chapter leadership or environmental activism.

These two are the 'A' team. Together, they have clocked in about three decades with Surfrider and spearhead the San Diego Chapter's Beach Preservation work.  Just over the past year, they have been instrumental in encouraging the City of Del Mar to update their Local Coastal Program responsibly, restoring access to a wrongfully closed accessway at an important dive and surf spot in La Jolla, and advocating on behalf of the Coastal Commission in a major lawsuit that ultimately prevented the building of a seawall for a post-Coastal Act home in Solana Beach. There is really no aspect of beach preservation advocacy that Jim and Kristin can't do with their combination of engineering and advocacy skills. They are on the phone with staff, on calls with the Coastal Commission, or on their calculators figuring out realistic blufftop erosion rates where developers have failed. Last year, they helped to create a fantastic King Tides video that previewed sea level rise impacts in San Diego, and helped to serve leadership roles in their communities to encourage science-based sea level rise planning. They really are a 1-2 punch team. 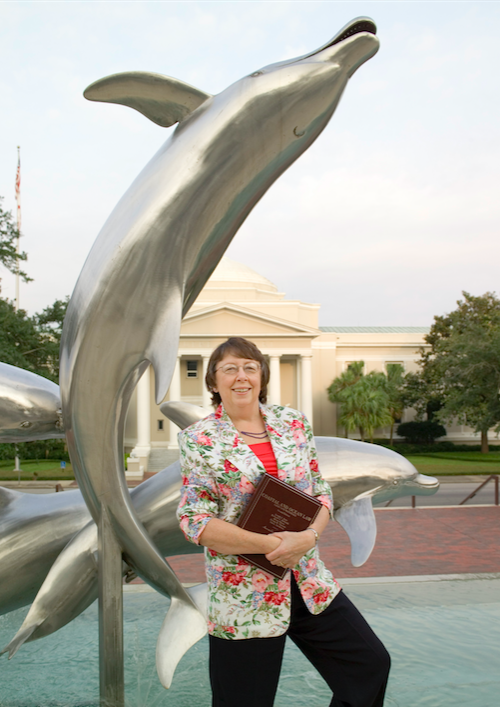 Awarded to an attorney or law firm for distinguished legal work provided to Surfrider Foundation.

Donna has served on the Legal Issues Committee of the Board of Directors as an ad hoc member since 2016. In that role, she has provided invaluable guidance and expertise on beach access issues in Florida. Specifcally, she has helped the Emerald Coast Chapter navigate its three-year-long customary use beach access battle. Donna is always available to provide input and analysis when a new beach access issue pops up in Florida. Over the years, Donna has also drafted several comprehensive beach access bills for the Florida Legislature. Donna literally wrote the (text)book on Coastal and Ocean Law! She is a tireless advocate for our coasts and ocean and an invaluable resource for the Florida Chapter Network and the Legal Issues Committee. 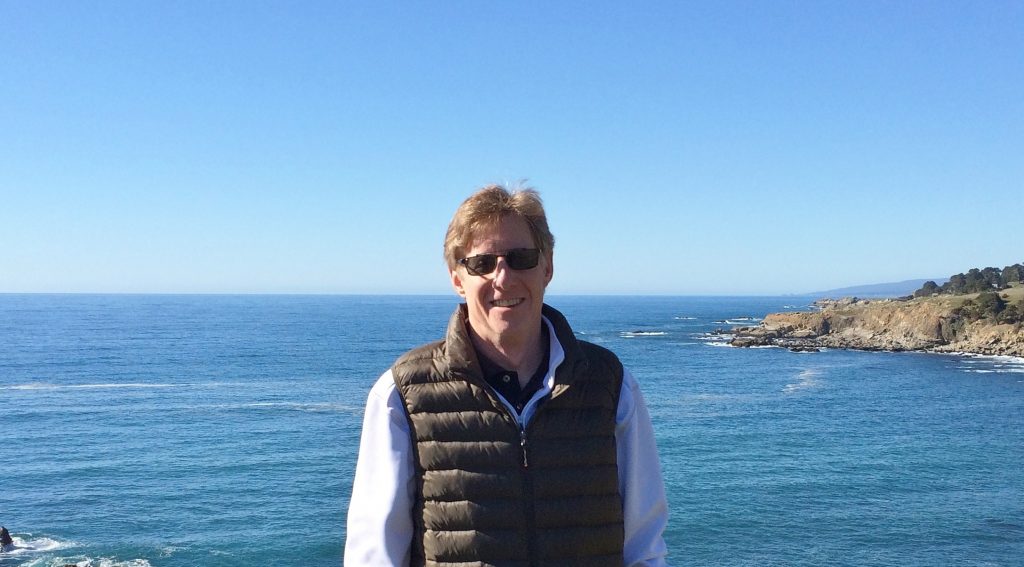 For over the past decade, Spencer Nilson has been the chair and leader of the Sonoma Coast chapter. Unfortunately, he lost a long battle with cancer earlier this year. His legacy lives on through the memories of those who have engaged through his work, and in the waters, waves, and beaches of the Sonoma coast that will continue to be enjoyed for generations to come.

To get involved, find your nearest chapter or support Surfrider's coastal defenders at surfrider.org/support-surfrider.