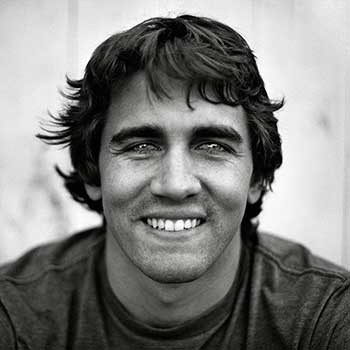 Greg Long is by any standard the sport’s most celebrated big wave surfer—and by those same standards one of the most successful. In a career that now spans two decades Greg, 32, has been awarded virtually every title in the big wave riding arena, including multiple XXL Global Big Wave Awards including Biggest Wave, Ride of the Year and Performer of the Year. He is the only surfer to win all three of the sport’s premier big wave competitions, including “The Eddie” at Waimea Bay, and was crowned 2013 Big Wave World Tour Champion. His list of accolades include the SIMA “Waterman of the Year Award”, a National Geographic “Adventurer of the Year” nomination and the runner-up placing on Men’s Journal magazine’s “50 Most Adventurous Men” ranking. In 2012 Long was featured in the Fox Pictures release “Chasing Mavericks” both performing surf stunts and as a story character, and had the starring role in the 2014 ESPN adventure series “Big Wave Hellmen”.

Yet despite amassing a ‘Maverick’s size’ resume in danger waves, Greg Long hardly fits the stereotype of the extreme athlete (read; daredevil) who pushes himself closer and closer to edge in search of the ultimate video clip. An inveterate explorer, Greg has circled the globe pursuing a much more personal form of self-expression, chasing storms to some of the most remote coastlines on earth, riding giant waves alone, or with a few close friends, far from the cameras and the limelight. Deeply thoughtful and well informed, and perhaps most significantly, Greg has become one of the sport’s most articulate spokesman, lending his perspective and credibility to a number of ocean-oriented environmental groups, including The Surfrider Foundation.