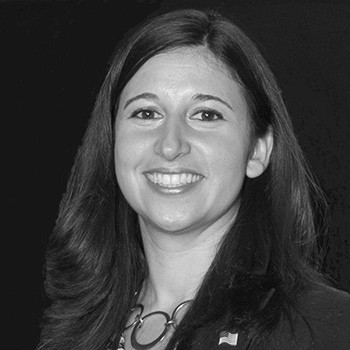 Teresa R. Christopher is a lawyer, policy-maker and senior executive with extensive experience on environmental, energy, and economic matters. Christopher is the Vice President of Strategy and Operations at the National Audubon Society, where she drives strategy across the organization and oversees four regional VPs and 23 state offices. Prior to joining Audubon, Christopher served in the Obama Administration for eight years holding several senior posts, including at the U.S. Fish and Wildlife Service, the U.S. Department of Commerce, the White House Council on Environmental Quality, and the National Oceanic and Atmospheric Administration.

Christopher has worked with state, local, and tribal officials, Congress, foreign governments, multi-lateral organizations, businesses, NGOs, and other stakeholders to develop and implement domestic and international policies and solutions. From 2016-2017, Christopher served as Associate Director of the U.S. Fish and Wildlife Service, where she oversaw an agency with over 9,000 employees responsible for the management and conservation of fish, wildlife, & natural resources and over 850 million acres of land and water. From 2012-2016, Christopher served as Senior Advisor to Secretary of Commerce Penny Pritzker and chaired the Gulf Coast Ecosystem Restoration Council. In this role, she spearheaded the start-up of a new federal agency responsible for investment of over $3 billion in restoration projects following the BP oil spill.

Working with five Governors and six Cabinet members, she oversaw selection and funding of more than $180 million in projects. Prior to joining Commerce, Christopher served as Senior Policy Advisor at the White House Council on Environmental Quality (CEQ) where she advised on complex ocean and coastal issues and was instrumental in the development of the United States’ first National Ocean Policy. She has also advised gubernatorial campaigns on environment and energy matters, including modernizing the electric grid, water infrastructure, offshore wind development, and natural resource and wildlife issues. A native of the Jersey Shore, Christopher holds a J.D. from the Georgetown University Law Center and a B.S. in Earth and Ocean Sciences and a B.A. in Political Science from Duke University.