Having the opportunity to change your community for the better is something all Americans enjoy.  However, there has been a trend sweeping through the nation that takes away that right when it comes to protection against plastic pollution and marine litter. The removal of local authority is called "statewide preemption" and some state legislatures have been using it to take away the authority of local governments to implement plastic pollution reduction ordinances.  For instance, the town of Minneapolis, Minnesota passed a single-use plastic bag ban in 2017, but days before it was supposed to go into effect the state legislature slipped through a preemption provision in a large omnibus bill that disallowed the local effort.  So far, there have been eleven states that have forbidden local bans or fees on polluting items like plastic bags and expanded polystyrene foam. 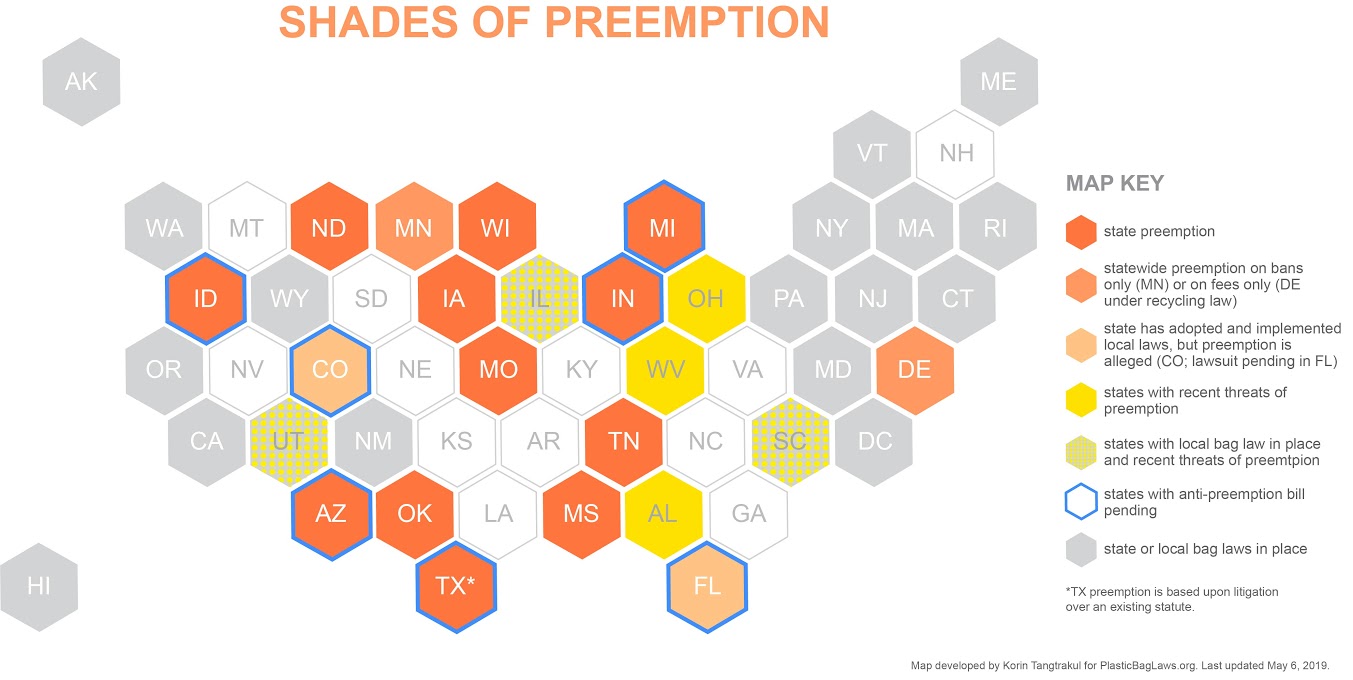 The threat of preemption is two-fold:

(1) Threat to Local Rule - Our democracy is based on citizen involvment in the governing process, by stripping this local right, preemption effects citizens' ability to ensure local health and safety, protection of local budget and economy and freedom of a clean environment. Neighborhoods know what is best for the local economy and what works best for local businesses, but preemption works to silence this on-the-ground knowledge and local input.

(2) Threat of Plastic Pollution - Local municipalities should be able to ensure freedom from plastic pollution in their local streets, parks and waterways.

The threat of statewide preemption does not only apply in the plastic pollution context, though, this legislative mechanism is popular for taking away local rights.  State interference has also effected communities that want to protect themselves from the harms of hydraulic fracking practices, pesticide water pollution, minimum wage provisions, housing rules and more.

Below are some helpful links to learn more about the threat of preemption and how to defend local rights:

MassGreen - resources for eliminating plastic bags and polystyrene in your community