Not again. Lines of tarballs stretching down the beach and the stench of petroleum in the air. Oil drenched seabirds. Waves of crude rolling into wildlife habitats like the Bolsa Chica wetlands and the Talbert marsh. A state emergency declared with announcements of beaches and surf spots closed, and fishing shut down.

The immediate aftermath of this week’s disastrous leak of what’s currently estimated to be 144,000 gallons of crude oil off Huntington Beach is as familiar as it is heartbreaking.

After all, this is not our first rodeo.

Year after year, oil companies claim their technology has improved and the industry is getting safer, yet the facts speak for themselves. When they drill, they spill. California oil disasters run the gamut: we have had blowouts of offshore oil wells, pipeline ruptures on land and at sea, spills from ships running aground, into other ships, and even into the San Francisco Bay Bridge.

The only constant is the depressing aftermath of environmental destruction, dead wildlife, and lost public access to California’s beloved coast. Lawmakers clearly have not done enough to protect our beaches from oil development.

They say action is the antidote to despair and government leaders from Governor Newsom to President Biden can literally act TODAY to better protect the California coast from oil spills. 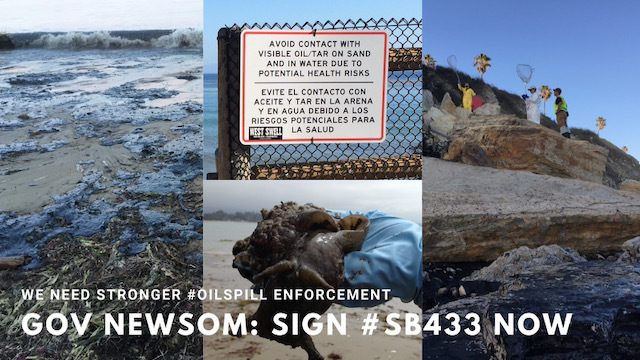 Update: Governor Newsom signed Senate Bill 433 by Senator Ben Allen into law on Thursday, October 7. This important bill strengthens the Coastal Commission’s ability to hold accountable those who pollute and harm our beaches, coastal wildlife, and their habitats, including oil companies like Amplify Energy. Despite repeated assurances of new technology to support safe operation, oil companies keep breaking these hollow promises, causing oil spills like the disaster underway now in Orange County. California needs stronger protection for the coast, and SB 433 helps to make sure California has the enforcement tools it needs to hold violators accountable and better deter future harm to the coast.

Send Governor Newsom and Senator Ben Allen a thank you, here's our tweet! 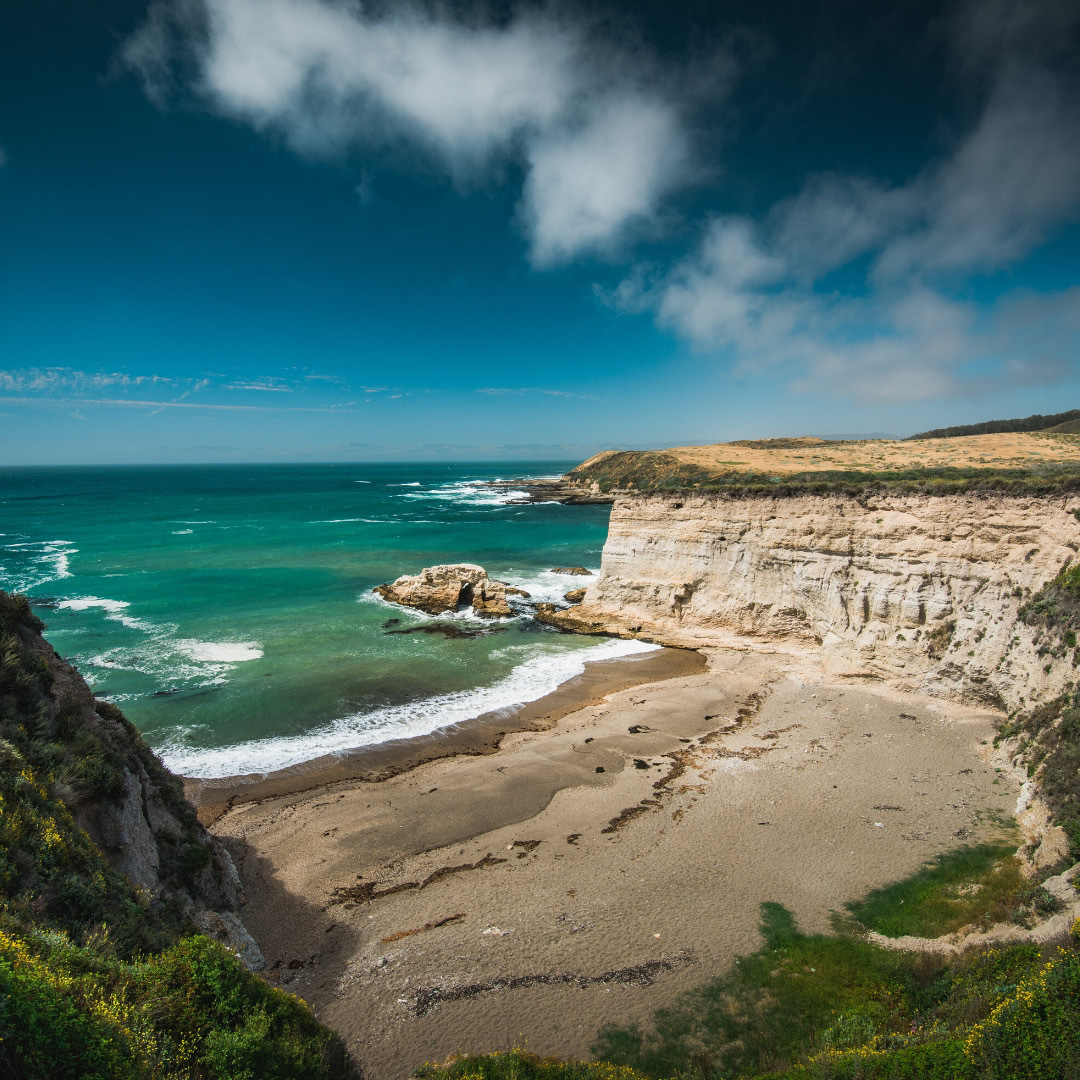 Second, President Biden can direct his administration to establish the proposed Chumash Heritage National Marine Sanctuary, and Governor Newsom should encourage the president to do so. This designation would help honor the Indigenous peoples of Southern California. It would also permanently protect 140 miles of some of California’s most spectacular coastline, most vibrant wildlife habitat, and some of its best surf spots from all new oil and gas development… and their inevitable oil spills.

Longer term, state and federal lawmakers need to permanently end drilling for fossil fuels off the California coast. We cannot continue worsening the climate crisis by extracting and burning fossil fuels, and regularly blackening our beaches as a side effect. We cannot stand by as fossil fuel infrastructure—from pipelines to refineries to gas powerplants—continue polluting and wreaking disproportionate harm to California’s communities of color. Senator Feinstein has introduced the West Coast Ocean Protection Act, which would permanently ban oil and gas drilling in federal waters off our coast, and Representative Huffman has also introduced companion legislation in the House; all of California’s congressional delegation should line up in support of this bill.

Oil spills don’t stop between state and federal waters; it’s going to take all of us from Orange County to Sacramento to Washington DC to finally protect California’s coasts.