Michelle Hall has been a tireless leader and protector of the magical coastline of Vancouver Island in Canada.  She helped lead a campaign to pass a major national plastic pollution strategy that will address severe marine debris events and develop innovative policies to limit single-use plastics through extended producer responsibility.  You can read more about this major victory here.

It is by consequence that I became an environmental activist when I moved to the traditional territory of Tla-o-qhi-aht Nation known as Tofino, Vancouver Island, back in May 2013 and became a surf bum.  As a volunteer Director for the Chamber of Commerce, I noticed there was a huge gap connecting green initiatives to business, and so my work began researching the environmental issues that Tofino faced. I quickly became known in town as the girl with the funny accent and big smile ready to make positive change! Headhunted by Surfrider predecessors, I took on the challenge of rebirthing the Pacific Rim Surfrider chapter, which had been inactive for a couple years, after an impressive list of previous victories including securing Cox Bay beach access. I LOVE a challenge, and a challenge that embodies ocean conservation and community stewardship, really captured the essence of what living in Tofino meant to me. My journey began and I recruited a solid team of like-minded volunteers and put us back on the sandy map in September 2015! 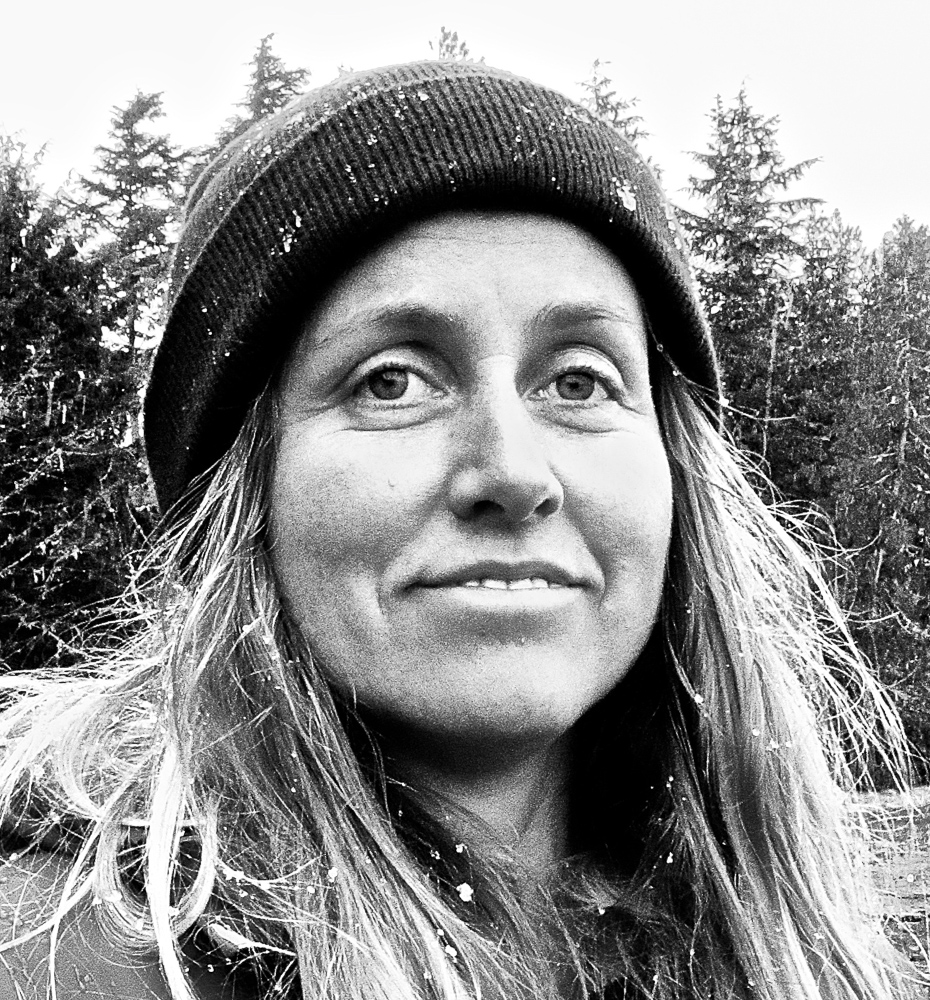 Every single beach I have visited in the last 10 years, I have experienced plastic pollution, and sadly Tofino and Ucluelet (Pacific Rim region) is no different.  From the remote islands of Clayoquot and Barkley sounds, to the driftwood piles in Pacific Rim National Park, and the intertidal zones of the community beaches, we continually find and collect plastic marine debris, broken fishing and aquaculture debris, insidious polystyrene (styrofoam) and nurdles, as well as all of the daily plastic litter ubiquitous on every beach. The darker side to paradise in this region is the devastating decline of Southern Orca populations said to be caused from ocean pollution of various forms. Also, there are 20 open net-pen salmon farms, putting wild salmon at risk on their migration routes through Clayoquot Sound. Increased tourism and demand for coastal development increases investors using this region for profit, not always giving back to the environment.

The good news is, that light will always shine in the dark, and Surfrider Pacific Rim are just one of many incredible environmental organizations doing work to protect the environment in this region. Clayoquot Action, Friends of Clayoquot Sound, Raincoast Education Society, Tla-o-qhi-aht Tribal Parks, Ucluelet Aquarium and Strawberry Isle are all campaigning for solutions and change on these issues and the more we can come together the stronger we will be. Pacific Rim is a hub of environmental action and I continue to learn and be blown away by the efforts and skills of stewards in this community.

Q. What Surfrider projects have you worked on?

My weakness is saying no to projects! I’m constantly researching, networking and keeping things interesting by asking questions. The first campaign I put together was the infamous straws suck campaign back in March 2016 (which I can’t seem to shake off, much to the hilarity of always being referred to as ‘the chick that banned straws’ and less recognition for all of the other amazing victories I’ve led my team to.) I’m known for taking action, and letting project management figure itself out organically much to the dismay of the experts in my team who manage to piece things together much to my eternal gratitude. I am involved in every program and campaign in Pacific Rim, from getting down and dirty over the years collecting over 30 tonnes of debris from beach clean ups with my team, recycling 1500 lbs of unusable wetsuits for wetsuit reincarnation program, teaching kids about environmental stewardship, championing waste free surf events, advocating for single use plastic regulations.  My biggest project however is to unite the 3 chapters of British Columbia, and to continue to learn from their wealth of volunteer expertise. 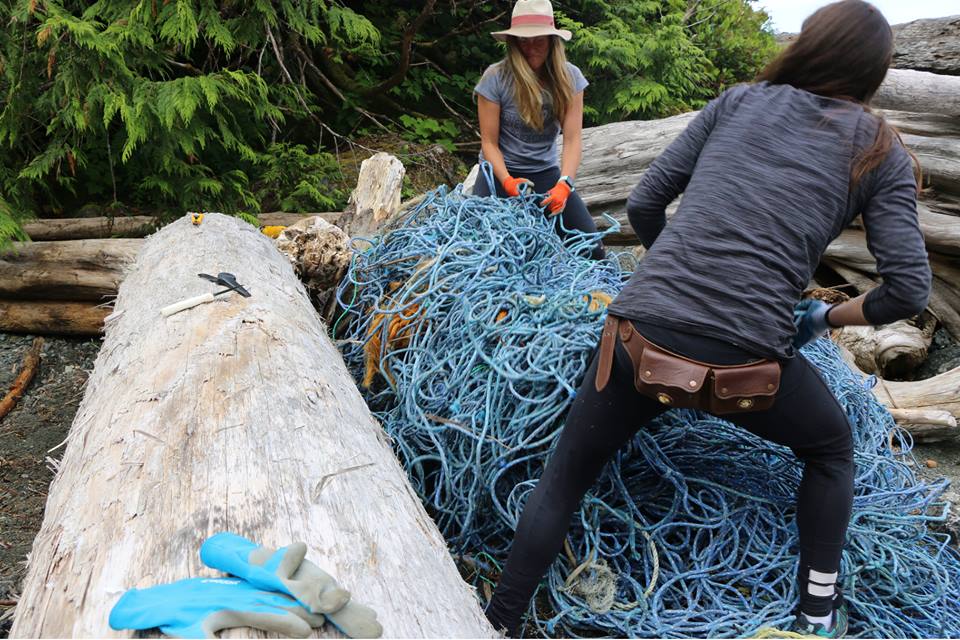 GROMS RULE! I just love working with youth and see groms as the future. I was first introduced to working with youth through the local school in 2016. I was invited to talk about the work of the Surfrider Foundation and so began the creation of “Trash to Treasure”, a curriculum I wrote using resources from Nanaimo Science which taught kids about the science of plastics, got them out on beach clean ups and then made art with the debris. Three years on, and the YES (youth environmental stewardship) program has reached over 350 students in this region, as well as student exchange trips, remote schools in Ahousaht and private schools. We developed the “Ocean Friendly YES” work booklet and teachers resource that is shared with Youth Network Manager Ryan Cruse for any schools looking to work with Surfrider Foundation.  I absolutely love the newly formed Surfider Pacific Rim Youth club, and have immensely enjoyed watching them grow and teach their peers over the past year. This for me is so rewarding, especially when I can offer mentorship to the youth community. Plus the youth continue to challenge me with their weird and wonderful solutions, it’s so much fun hah!

The most recent victory I have been involved with is seeing M151 unanimously pass 288-0 in the House of Commons. M151, is a motion to create national strategy to combat plastic pollution, and was developed by MP Gord Johns, through a series of actions after my initial call to help when the Hanjin disaster in November 2016 struck this region.  I led my team and over 500 volunteers in a series of 44 remote clean ups across Clayoquot & Barkley sound and collected 20 tonnes of debris from Hanjin and years of plastic marine debris build up.  Our chapter highlighted the urgent need for more support and legislation around plastics, as we presented data that showed 90% of collected debris was plastic.

Consequently, after months of tirelessly presenting data to businesses, local municipalities, aquaculture industry and persistently getting petitions signed including 171,000 signatures with SumOfUs and encouraging media to talk about the issue, I continued to bring the message from our chapter and organisation to demand smart plastic regulation policy. Alongside local MP Gord Johns, I took part in stakeholder meetings and calls and committed to, along with many other incredible organizations, make change and create national legislation on plastics. We’ve ALL made history this year, and this victory is the first step of what’s to come for regulating plastics throughout Canada and it’s a testament to how grassroots advovacy leads to national policy. 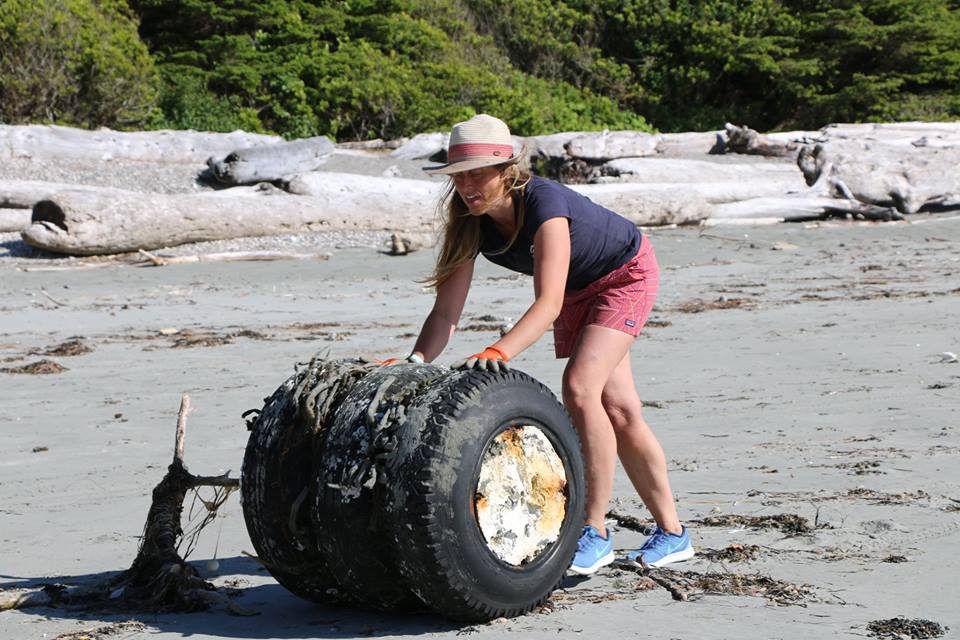 If you are passionate about the ocean and coasts, join and lead a project! My volunteer crew are happy and engaged because they are in a field that they LOVE and are experts in. If you love the beach and ocean, then supporting Surfrider through volunteering, being part of a campaign, or being a member will only enhance your life, business, and playtime for you and the generations to come after.  When you become an activist, it is easy to become overwhelmed with the complexities of the environmental issues we face. So find balance in your life to walk the beach without grimacing at plastic, to swim in the ocean freely and listen to the waves, and fill your entire body with the rejuvenation the ocean can provide.

We cannot claim to love the ocean, if we are not prepared to stand up and challenge the systems that pollute it. I live, breath, survive, play, eat, work and sleep by the ocean, and as part of a global network of coastal defenders, it is only natural that I take my part in this web of action to protect the most important resource on this planet. How could you not?

Check out more of what we do in this region here https://pacificrim.surfrider.org/ 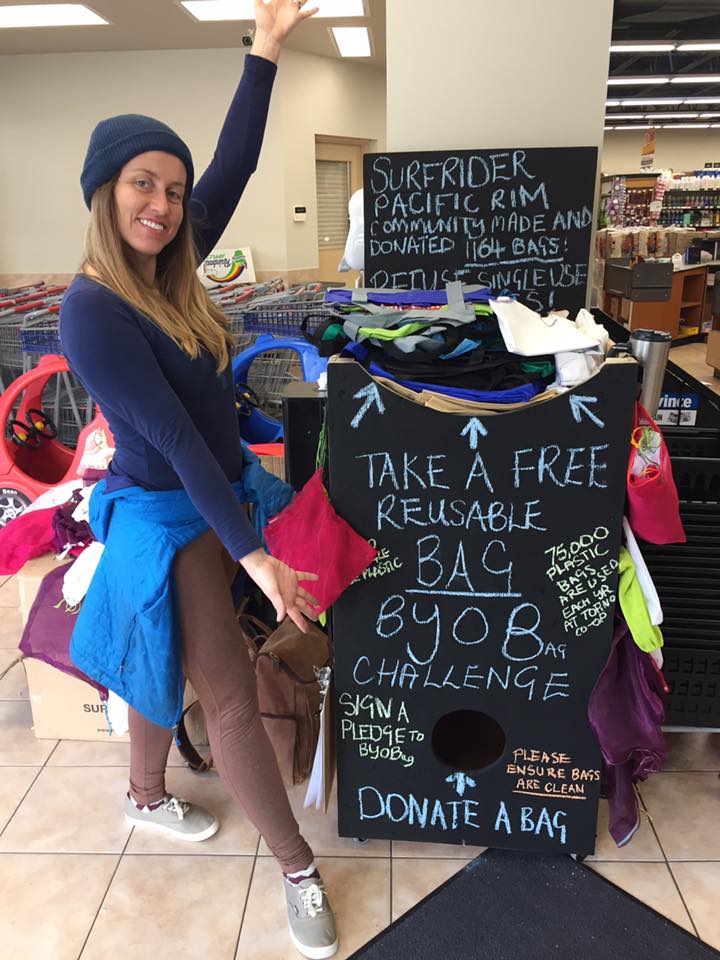