Asarco is Killing Me

Last month, Surfrider Foundation and the rest of the world lost a true champion of the environment when our friend Kay Treakle of Washington State passed away. You can read more about Kay's amazing life and tributes from staff in a recent post. The below essay was solicited by Melissa Malott, who directs Citizens for a Healthy Bay, a local non-profit that works to protect and clean up Commencement Bay, among other concerns in Tacoma, Washington.  Melissa asked Kay to share what she had learned in a lifetime of confronting environmental injustices, intending that Kay's response could be used as inspiration and a tool for younger activists. 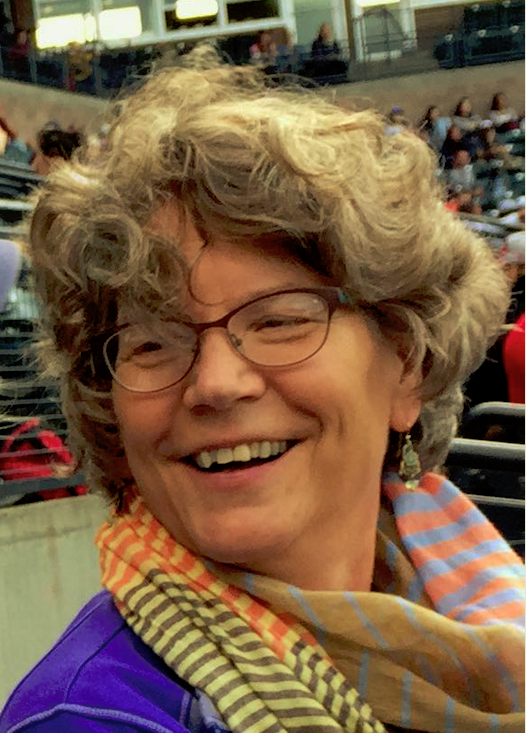 On the 50th Anniversary of the First Earth Day: Why I became an environmentalist and why I’m dying of cancer—they’re related.

For the past two years, I have been fighting a battle with terminal liver cancer, which was discovered in May 2018. The kind of disease that I have, like a lot of cancers, has multiple possible causes, and for liver cancer, the most likely is hepatitis B, or cirrhosis due to alcohol consumption. I don’t have either one of those underlying diseases, and so at first the cause was a mystery. More importantly when I got diagnosed I was too afraid to think about where the 17 cm tumor on my liver came from. I just wanted it out of my body, and when that wasn’t an option I wanted to figure out how I was going to live whatever life I had left.

But when I got beyond the sheer terror of having a stage four cancer diagnosis, I started wondering where the intruder came from. It did not take long to discover that long-term exposure to arsenic is one of the risk factors for developing liver cancer. And the sad fact is, I had 18 years of daily exposure to arsenic (several hundred tons a year), which was part of the toxic mix of pollutants discharged into the air from the Asarco copper smelter, located less than a mile from my house in Tacoma’s North End. That certainly qualified as long term exposure. I grew up in a neighborhood that was an urban dumping ground for a multitude of contaminants that would eventually be found to cause cancer, respiratory illness, and other diseases. I was constantly outside as a child, playing in the yard and a nearby park, walking to school, riding my bike, and swimming in Puget Sound a mile from the smokestack. I spent my entire childhood playing in the neighborhood, unaware that every single day I was exposed to the byproducts of smelting copper: arsenic, lead, sulfur dioxide, and other toxic pollutants.

When I was really young, I thought that the smelter was where clouds came from. The 570-foot tall smokestack was visible all over the neighborhood, and the toxic smoke that it was constantly spewing looked a lot like clouds. Walking to and from school, I often noticed that the air tasted like metal. Also when I was very young, I could not understand why my parents never taught me how to smell. I eventually learned that smelling is a sense that everyone is born with. Weirdly I could not smell a thing. My brother John has the same condition. I blame Asarco’s pollution for also robbing me of my sense of smell.

While the smelter dominated the skyline of my neighborhood, it also represented the industrial, working-class community that defined Tacoma, shaping a certain scrappy pragmatism. People in my neighborhood did not have money. Many worked at the smelter or, like my father, worked somewhere on the Tacoma Tideflats, which was both a port and an industrial zone where dirty industries routinely dumped toxic byproducts into the air and waters of Commencement Bay.

For my entire life, the city had a reputation for smelling bad, being run by thugs, and providing a haven for toxic industries. It was not known for polluted citizens fighting back against obvious environmental injustice. Was it apathy? Fear of losing jobs? Disinterest or complicity on the part of civic leaders? I don’t know. But for 100 years, including my childhood in the 1950s and 1960s, Tacoma allowed Asarco to profit on the backs of citizens’ health, while leaving behind a toxic legacy that has been recognized as one of the worst sources of urban pollution in the country. Eventually Asarco was identified as the source of contamination from arsenic and lead over 1,000 square miles around the Puget Sound region. My house was practically at ground zero.

I started becoming aware of the responsibilities we have as citizens to protect the environment when I was in high school, and participated in the first Earth Day. Having grown up listening to my father always rooting for the underdog—in his case the working class—in frequent political arguments with his friend Archie, I already had an internal radar focused on responsibility and accountability. Seeing the power of the civil rights movement, the growing environmental movement, and the student movement against the war in Viet Nam, I think I gravitated toward identifying with the underdog in all things.

I often think that my lifelong commitment to working to protect the environment is also rooted in no small part from the polluted landscape that I was surrounded by. And I am quite sure that my sense of outrage, activism, and obsession with corporate and government accountability come from that same set of roots. I think I have always had a working-class orneriness that is a direct response to injustice. My long-standing need to ask questions came from that formative experience with Asarco: why can’t we have jobs and environmental protection at the same time? Why are corporate profits more important than public health? Why can’t citizens all have access to clean air, clean water, and the exceptional beauty of nature? Why aren’t polluters prosecuted for the crimes of killing citizens with toxic chemicals that have taken decades upon decades to regulate?

The Asarco smelter was the most polluting industry in the Puget Sound region. As I grew more impatient with these questions over time, I realized that Asarco is actually the perfect example of how it works. Companies that pollute also employ people, and when you can create or threaten to destroy jobs, you have the power to scare people into thinking that they have no power. Whether they are copper smelters, coal mines, oil refineries or electronics manufacturers, the companies that have that power tilt the political and legal systems to benefit themselves.

During the period that I grew up near the smelter, its parent company used our neighborhood as the place to dump pollution because it did not want to pay to put in place technology that might mitigate the damage. Dumping toxic sludge into Commencement Bay was cheaper than isolating it from water bodies, packing it up and shipping it off to a well-managed toxic waste facility. It was cheaper to have company “experts” tell government officials that arsenic, lead, sulfur dioxide and other air pollutants were not harmful, than to move their operations away from a densely populated neighborhood, or invest in pollution control measures. It was cheaper to pay pollution fines than actually invest in clean-up. It was only after the company was losing money on the facility that they fired their workers, declared bankruptcy, shut down the smelter, and walked away. Finally, after decades-long court cases with the EPA, the company had to pay a settlement fee of $1.8 billion—but not just to cover Tacoma’s pollution. The settlement included 19 toxic sites across the country. When you think of it, Asarco got a bargain. The site got cleaned up, but they never had to pay for any damages to peoples’ health. Who knows how many cancer deaths could have been prevented if the company had paid, up front, to minimize pollution?

This story continues to play out in communities all across the planet, despite all of the science, law, policy, and public awareness that has been generated since the first Earth Day. Fifty years later, so many people like me are still dying from diseases caused by pollution that could have been prevented. Corrupt companies, run by individuals devoted to profit and power, bribe, threaten, and seduce governments into lax enforcement of both clean air and water protections, as well as toxic substance control laws. The threat of layoffs and reduction of tax revenues are used as a way to challenge environmental regulations. And if a pollution fine is assessed, it never matches the true cost of protection from contaminants, and becomes simply a cost of doing business. So they continue to dump their pollution on us, rather than pay to manage it. Why is that still ok?

Early in my activist career I felt that conditions seemed so infinitely entrenched, that there was no way one person can make change. But one of the big lessons from Earth Day is that it is possible to make change by building citizen muscle to challenge the status quo. And being mad about the status quo is not the end game. While I learned how to be mad by listening to my dad and Archie argue, I later found that anger should be followed by organized action to change conditions, laws, values, and to tilt the playing field toward lasting change. Individuals do have agency. People working together do have power. It may take decades before we see change, but it is possible. Commencement Bay was a Superfund site. Now, after decades of investment in cleanup, there is life coming back to the Bay that was not here when I was growing up, like sea stars, anemones, rockfish, and orca whales for god’s sake.

So yeah, I grew up in a polluted neighborhood, where I slowly learned that I was being poisoned. But Earth Day and all of the great bedrock environmental laws that came after, put that situation into some perspective. I do have agency, and when I recognized that people who cared about the environment were the people I wanted to forge a path with, we moved forward together. I did not stop. After a 40- year career as an eco-bummer expert, even I believe that people can make change happen. And despite how maddening it is that polluters still get subsidized; that pollution fines are “affordable” to companies; that there is an entire federal Administration hell bent on removing environmental laws and regulations; there is, if I am not mistaken, an ongoing—and growing—public support for protections of our health, our air, water, land and wildlife. We just have to get louder, more impatient, and more insistent that there is only one acceptable direction. Forward. Making change takes generations. Time to dust off that lesson and get to work.