California’s oceans, waves and beaches are about to become a little cleaner thanks to the efforts of the California State Legislature. While the legislature has acted, we are still waiting for the Governor to sign the bill into law.  If you are a California state resident, you can send a letter to Governor Brown asking him to “Ban the Bag” here.

On Thursday, August 28th, the California Assembly approved SB 270, a bill to ban single-use plastic shopping bags and put a fee on paper bags. The bill then headed to the Senate for a concurrence on August 29th and is now on  Governor Jerry Brown's desk for a final sign-off.  This precedent-setting bill is the first bag ban to make it through a state legislature!

California State Senators Alex Padilla (D-Pacoima), Kevin DeLeon (D-Los Angeles) and Ricardo Lara (D-Huntington Park/Long Beach) authored the legislation this year, although a version of this bill has been before the legislature for the past six years.  These Senators partnered with the environmental community, the California Grocers Association, workers unions, industry and the public to create a statewide solution to the problem of single-use plastic bag pollution.

The bill will prohibit single-use plastic bags at grocery stores and large pharmacies by July 1, 2015. If paper bags or reusable bags are offered to customers, the bags must be provided at a minimum 10-cent fee.  Both paper bags and reusable bags must have a minimum amount of postconsumer recycled content. The bill would go on to prohibit single-use bags at smaller convenience stores, foodmarts and liquor stores after July 1, 2016.  Further, companies that currently manufacture plastic bags could be eligible for loans to “retool” their factories so that they can make reusable bags and respond to new market demands.  The bill would not preempt current bag bans that are already in place or in the works.  But this statewide ban would apply to the remaining 65% of the state that is not covered, which is why grocers and companies like Target have advocated in support of this bill that creates more statewide uniformity.

As Senator Mark Leno (D-San Francisco) stated in the Senate Environmental Quality Committee, “this is an idea whose time has come.”  He further noted that “habits do change,” having seen the success of the San Francisco city ban that went into effect in 2007.  With the passage of this bill, the California Legislature has shown leadership around the nation to enable a switch from single-use, throw-away lifestyle to a more reusable and ultimately sustainable one.

More than a 100 local governments around California, especially along the coast, already adopted plastic bag bans. They include Los Angeles, city and county; San Francisco, Malibu, Huntington Beach and Santa Barbara. While single-use plastic bags were banned throughout Hawaii as of January 2014 (a victory that Surfrider applauds tremendously), the “de facto” statewide ban isn't a state law. It was a result of county-by-county decisions.

Congratulations to all of the Surfrider Chapters, members, and clean water advocates who supported this effort over the past six years!  Your hard work and perseverance has finally paid off!

Beyond plastic bags, plastic is everywhere. It's in our homes, our offices, our vehicles, our yards, and our children’s playgrounds. It is used to package food, bottle products, make dinnerware and utensils, make toys and more. Where does it end up? In landfills and the ocean. 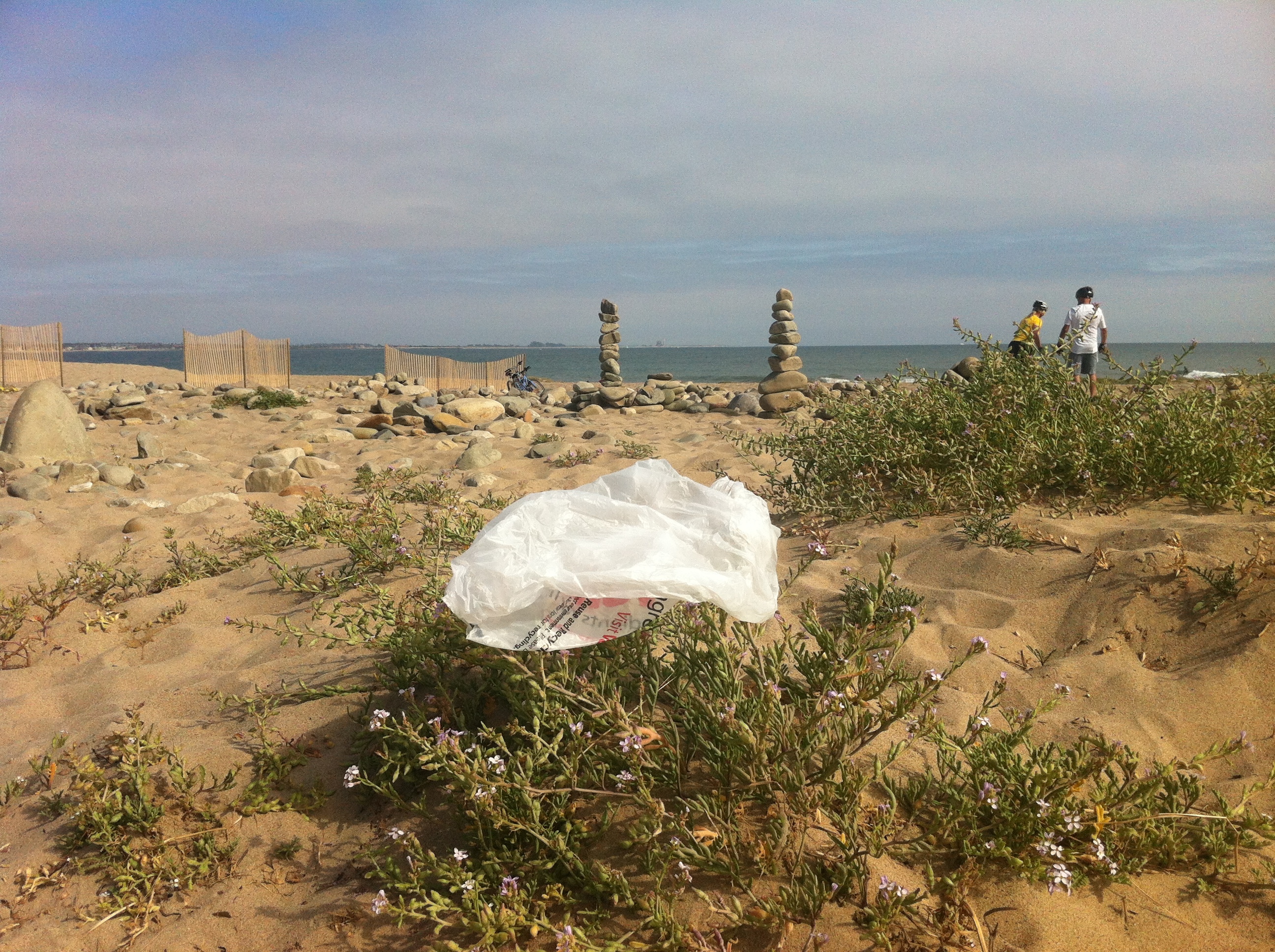