Global Alliance for Incinerator Alternatives (GAIA) recently published a Technical Assessment on chemical recycling as well as a Research Briefing titled Chemical Recycling: Distraction, Not Solution. The Surfrider Foundation and GAIA are both members of the member of the #breakfreefromplastic (BFFP) Movement, which envisions a future free from plastic pollution. One of the principles of the BFFP movement is that “waste-to-energy” isn’t the solution, specifically that no new incinerators should be constructed and that renewable energy incentives should be eliminated for the burning of plastics and waste — including gasification, pyrolysis, and other “waste-to-energy” facilities.

The majority of chemical recycling projects are plastic-to-fuel technologies (also known as pyrolysis or gasification), techniques used to melt plastic waste into liquid or gaseous fuels in an oxygen-deprived environment, which is later burned as fuel. So far, evidence shows that plastic-to-plastic chemical recycling is not a viable solution for the plastic problem from an economic, technological, and environmental standpoint.

According to GAIA, plastic waste has many toxic additives and contaminants and the heavy metals are not going to be affected by any of these processes and are going to come out in one way or another at the end of the process, either in the oil, gas or char. The environmental and climate impacts of these technologies are substantial, especially since the plastics industry is pushing for new laws designed to carve out a clearer regulatory approval of these projects and make it easier to build plastics to fuel facilities. Another important thing to note is that the plastics industry has pushed for a broad definition of recycling that would include chemical recycling technologies, including in the RECOVER Act at the federal level. A strong definition of recycling should not allow for plastic-to-fuel technologies. 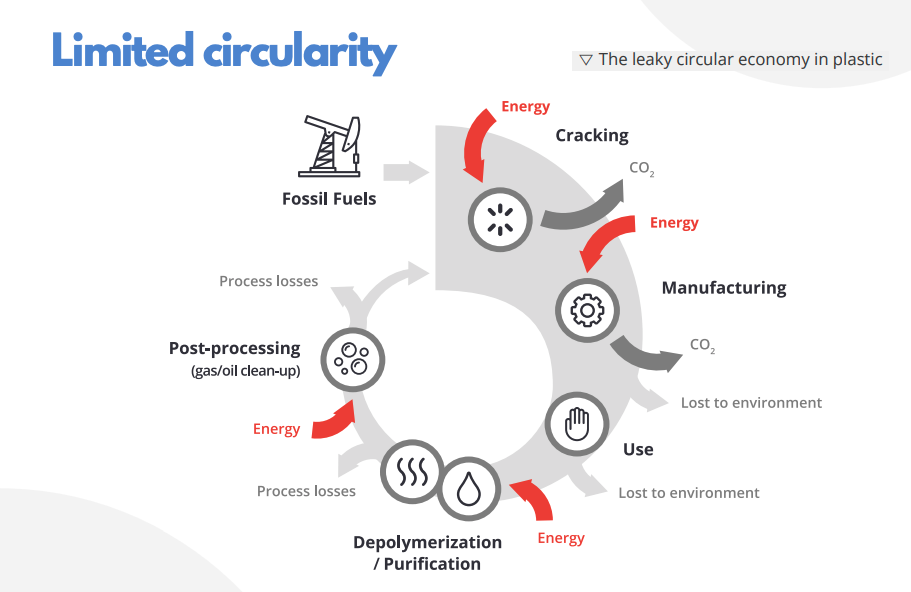 To solve the plastic pollution crisis, the priority must be plastic reduction, not downstream approaches. Unlike expensive and risky technologies like chemical recycling, investing in zero waste systems is a more cost-effective and efficient approach that addresses the problem at the source, creates good jobs, and builds community resilience for decades to come. Given the context that the plastics industry is projected to quadruple production by 2050, concentrating on upstream, and avoiding downstream distractions, is all the more important.