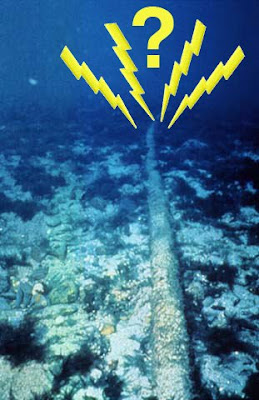 One of the environmental concerns about developing alternative ocean energy is that the power has to be transmitting back to shore in a large undersea transmission cable - think of a giant extension cord going from the array of devices back to shore where it plugs into the grid. That transmission line will generate an electromagnetic field (EMF) that may affect marine life.

All electronically charged objects create electromagnetic field (EMF). There are some concerns that EMF might affect marine life who are very sensitive to electromagnetic fields. Sharks, rays and skates (elasmobranchs) are know to be particularly sensitive to EMF because they use it so sense prey. There is also some concern about how EMF might effect the navigational signals used by migrating species, such as turtles and marine mammals (seals, whales, etc).

MMS just announced that they will be funding a study to better understand the effects of electromagnetic fields from undersea transmission lines on marine wildlife. Press Release.

You can also read more about potential EMF impacts on wildlife in a draft memo regarding the infamous Cape Wind project.