Surfrider Chapters are rallying to oppose the expansion of seismic airgun testing off the Atlantic coast, which would pave the way for new offshore drilling. Late this summer, the Bureau of Ocean Energy Management approved the unprecedented expansion of seismic testing off the coast of seven Atlantic states, including Florida. In response, ocean advocates, surfers, environmentalists and beach lovers began gathering local government resolutions opposing the plan and raising public awareness of the issue. 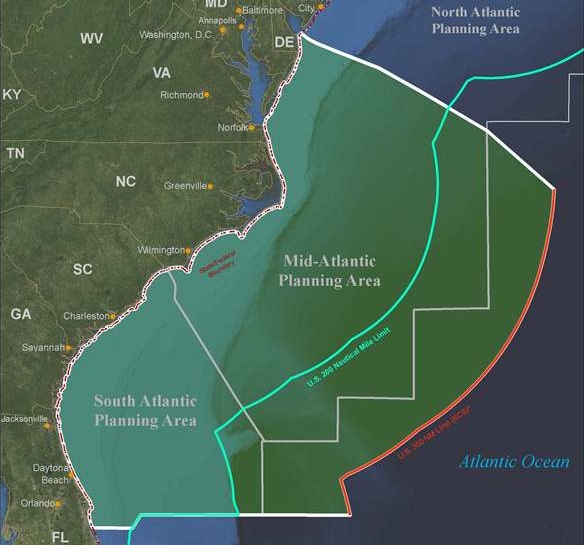 Florida leads the Atlantic states in resolutions, with twelve municipalities publicly stating their opposition to the proposal. Even more impressive, as of last week, seven Brevard cities and towns have passed resolutions opposing seismic testing. Brevard County relies on tourism and its world-famous beaches, both of which are threatened by seismic airgun testing. Last week, the towns of Melbourne, Indiatlantic, and Indian Harbour Beach all publically opposed expanded seismic testing. Mike Daniel, Chairman of the Surfrider Foundation’s Sebastian Inlet Chapter, spoke out in opposition to the BOEM proposal, “Florida's beaches and ocean waters are an economic engine and the crown jewel of our natural resources. Harmful seismic testing and oil wells off our coast simply should not be part of Florida's future. Our natural capital has too much value to be placed at high risk.”

Surfrider Chapters in other parts of the East Coast have also been working to pass resolutions against seismic testing. Last February, the Cape Fear Chapter led a successful community rally, which resulted in the city of Carolina Beach, NC taking a formal position against seismic and offshore drilling. More recently, the Outer Banks, NC Chapter helped pass resolutions in the cities of Nags Head, Manteo, and Kill Devil Hills. Finally, the Jersey Shore Chapter helped pass a resolution in Bradley Beach, NJ with support from the mayor. Thanks to all the Surfrider members and coalition partners, such as Oceana, that have helped pass these resolutions!

For many opponents of seismic testing, the serious impacts to marine life (including the endangered right whale) are just the beginning. Check out this PSA produced by the First Coast Chapter! Seismic testing is the first step toward expanded oil and gas exploration off the Atlantic Coast. Floridians haven’t forgotten what the devastation of an oil spill looks like, and as the Gulf Coast continues to recover from Deepwater Horizon, it’s easy to see why the public is uniting to oppose the plan.