These days, the Eastern Gulf of Mexico looks very different from the rest of the Gulf. That is largely thanks to the ban on oil and gas exploration that keeps drilling out of the waters 125 miles from Florida’s coast. The ban has been in place for 33 years, and is scheduled to continue through 2022. The ban is bipartisan, smart policy that has protected Florida’s $70 billion tourism industry, sugar sand beaches, and even military training missions from the impacts of oil and gas exploration. Florida’s Gulf Coast is home to multiple military bases, all of which advocate for a drilling-free zone where they can conduct training and readiness exercises.  Of course, even the ban couldn’t protect Florida’s panhandle from the impacts of Deepwater Horizon, but with that exception the coast has not suffered the same impacts much of the Gulf has endured over the last century.

Sadly, there are some members of Congress that would like to change that. U.S. Senator Bill Cassidy (R 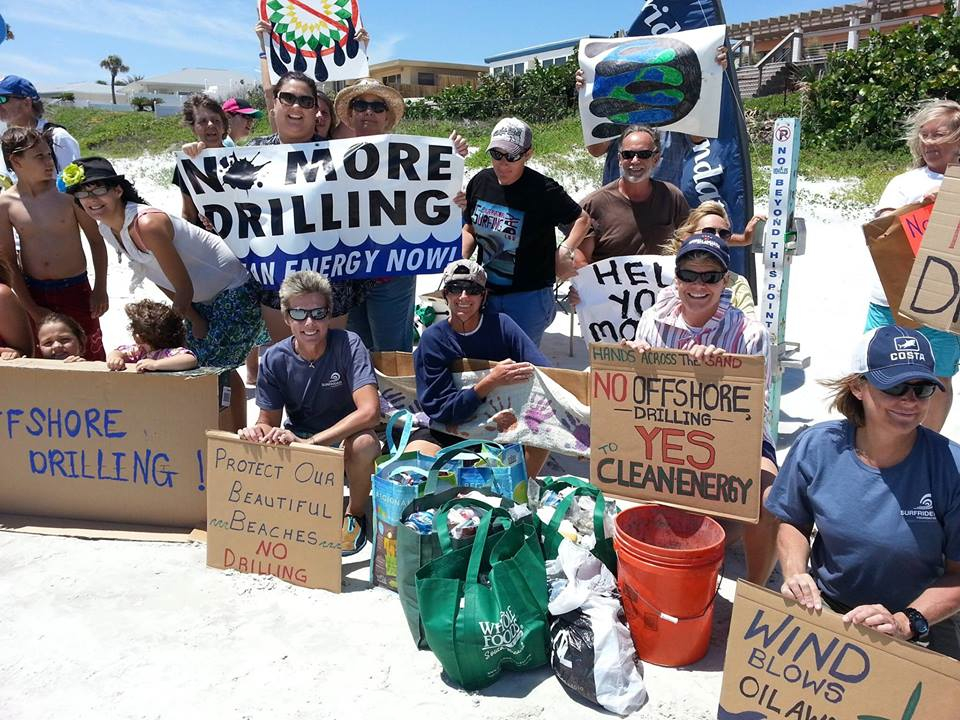 -LA) has filed legislation that would open the Eastern Gulf of Mexico to oil drilling within 50 miles of Florida’s coast and mandate that the Department of Interior hold three lease sales beginning as early 2018. Senator Cassidy’s bill, the Offshore Energy and Jobs Act of 2015, has been incorporated into a broader set of energy-related bills, the Offshore Production and Energizing National Security Act of 2015, and passed out of its first committee stop in the U.S. Senate on July 30th.

Worse still, the omnibus Offshore Production and Energizing National Security Act doesn't just mandate drilling in the Eastern Gulf. It opens up new areas and forces lease sales in the Arctic and Atlantic Oceans. Thankfully Surfrider Foundation activists are making sure that lawmakers know that Floridian’s are unified in their opposition to these bad bills. U.S. Representative David Jolly (R-Indian Shores) wrote passionately in an op-ed, “The economic and energy benefits of expanded drilling in the Eastern gulf simply do not outweigh the risks.… Florida has said no, and we should continue to say no. Our quality of life and our regional economy depend on continuing the important legacy created by those who have come before us.”

Make sure that our decisionmakers know that you oppose the expansion of drilling into new areas. Click here to contact your representatives in Congress to urge them to oppose new drilling!

If you are a coastal business in the Gulf, South Atlantic or Mid-Atlantic (Florida through Delaware), please consider adding your business to the list of signatories opposing new offshore oil drilling. Sign-up here!