Beach cleanups are a great tool to gather data and give us a clear picture of what’s ending up on our beaches. But what if you want to take the wide angle of beach cleanups and focus your efforts towards a specific goal? Some areas of our coastlines are more impacted by certain items and the activists on the ground have come up with targeted programs to address their regionally-specific pollution issues. We wanted to share some of the ways people have taken beach cleanups up a notch to tackle the plastic pollution that most plagues their regions.

“Thousands of pounds of plastic pollution annually wash ashore in the Hawaiian Islands, mostly from commercial fishing operations, with fishing nets being one of the biggest culprits. While nets wash up along all of the islands, Kauai receives a particularly high number. Situated out in the middle of the Pacific, the island is also on the front row of plastic pollution coming from the North Pacific Gyre.

In 2007, we launched the ‘Net Patrol’ program in response to these tangled masses of ropes and lines, many weighing over 1,000 pounds. Removing them is physically demanding work, often requiring hours of digging, cutting, dragging, and hauling the nets. If left on the beach, these net masses can wind up back out to sea where they can entangle fish, monk seals, and turtles, or ensnare coral heads. It’s important to get to the nets before the next high tide so the chapter maintains a hotline for people to call when they see one.

Our chapter’s program has grown to include more than 275 annual cleanups by working with local organizations, businesses, schools and resorts. Together, our team of volunteers clean ten of the most polluted windward beaches on a rotating basis. In 2019 alone, 3,200 volunteers removed 107,215 pounds of marine debris from Kauai’s shoreline, with nets consisting of more than half of the debris. Other common items include buoys, plastic fishing bins, tires, plastic 55-gallon drums and pallets. All of this is made possible by a strong, dedicated network of volunteers who go out daily to clean the beaches.” - Cynthia Welti, Chair, Kauai Surfrider Foundation 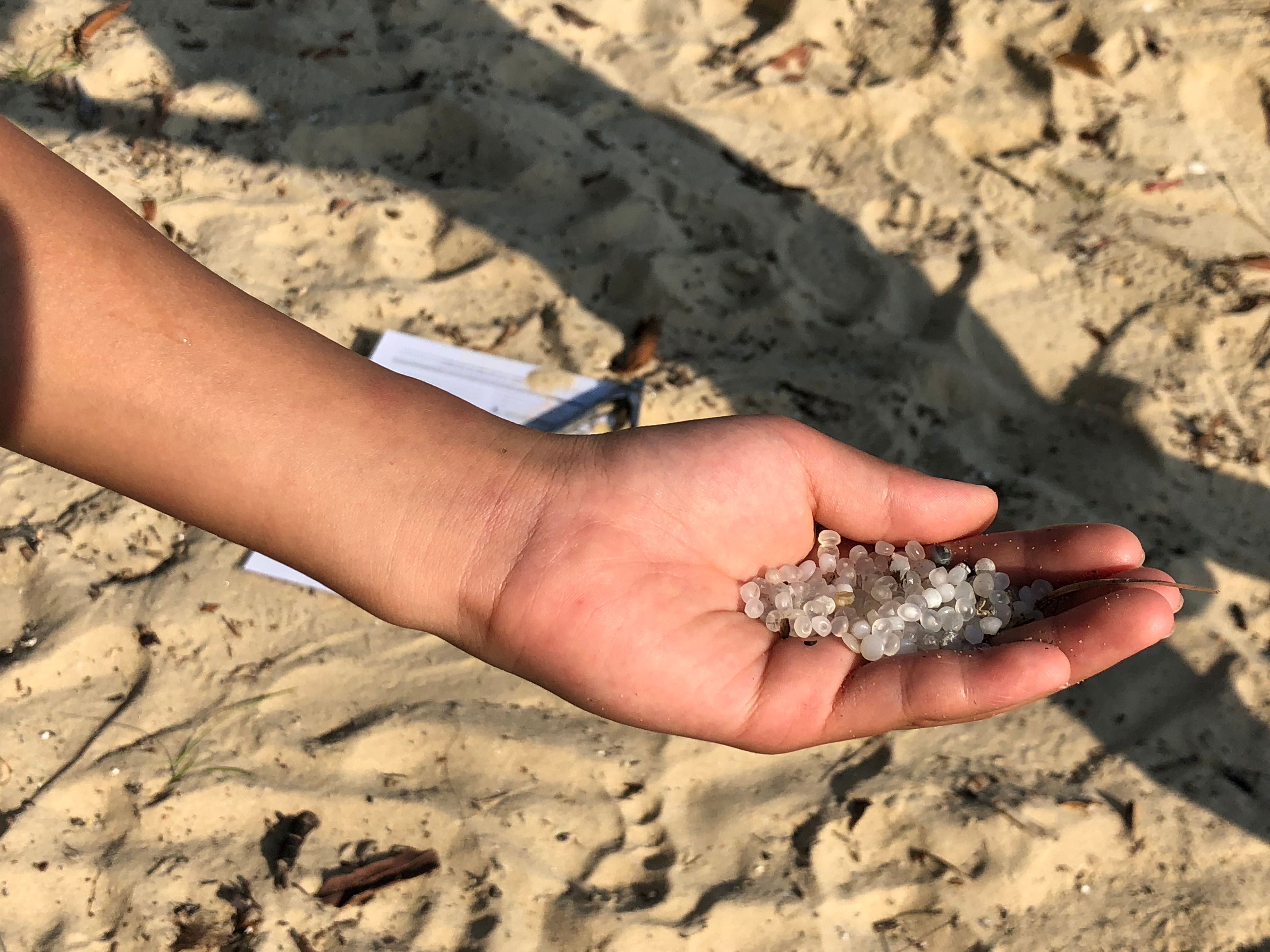 “We do a lot of normal beach cleanups, but searching for nurdles puts you on a different scale, right down near the sand. It feels kind of like a treasure hunt, but eventually you remember that you're finding evidence of gross industrial pollution instead of treasure. One unique Nurdle Patrol I went on was on San Jose Island with Jace Tunnell, who started nurdlepatrol.org. After traveling to the tip of Florida and back, and stopping at numerous places along the way, it became clear that guy has a good eye for nurdles!

One thing I can say is that when you start looking for nurdles along the high tide line on Coastal Bend beaches, it's unusual not to find them. Sometimes, you'll find five of them in 10 minutes of searching, but other times it's 50 or more. It's really sad to think about all the shorebirds, crabs, fish and sea turtles that might also be finding them and mistaking them for food.“ - Neil McQueen, Vice Chair - Texas Coastal Bend Chapter, Surfrider Foundation 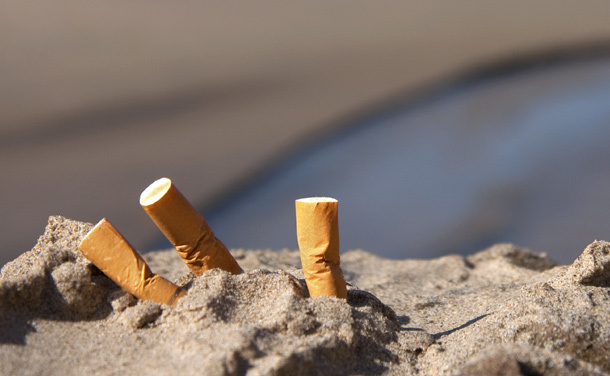 Hold On To Your Butt, Surfrider Ventura County

“The Ventura Chapter Hold On To Your Butt (HOTYB) program aims to raise awareness about the environmental impact of cigarette butt litter on our oceans, waves and beaches, and to help eliminate cigarette butt litter in Ventura and beyond. Our program is heavily focused on the installation of ashcans, recycling of cigarette butts, and collection of cigarette waste at beach cleanups. Cigarette butts accounted for 59% of items collected in 2016 and thereafter has continued to be the most prevalent type of trash picked up during our beach cleanups. On average, 3,500+ butts are collected at cleanups each month. Often littered on our sidewalks and streets, they end up in our storm drains and ultimately the ocean. We began installing ashcans around the City of Ventura with the help of partners and sponsors in late 2016. As of September 2020, there are 95 ashcans located in Ventura. We also have 2 in Oxnard and 2 in Port Hueneme.

We have no lack of sponsors for the program, however, our biggest challenge is the need for volunteers to help maintain and empty the cans. To date, we have collected 408,528 cigarette butts through our program! All of the cigarette butts that are collected in our ashcans and at beach cleanups are then recycled through Terracycle’s cigarette waste recycling program. Most recently, The Cigarette Surfboard took 15,000 of our cigarette butts for their Campaign.” Juli Marciel, Rise Above Plastics Coordinator, Ventura County Chapter, Surfrider Foundation

This International Coastal Cleanup month, we challenge you to get out to your local beaches and perform a solo cleanup. Log your findings with Surfrider’s data card and input your results at cleanups.surfrider.org. You can track the most common items you’re finding during your cleanups and you might just be inspired to take it a step further by hosting a brand audit. Break Free From Plastic has trainings and resources to help you determine the most common brands on your beaches. This detailed information can help hold producers accountable for their plastic impacts. Use your data to bring awareness to your regional plastic pollution issues and push for change in your community today!