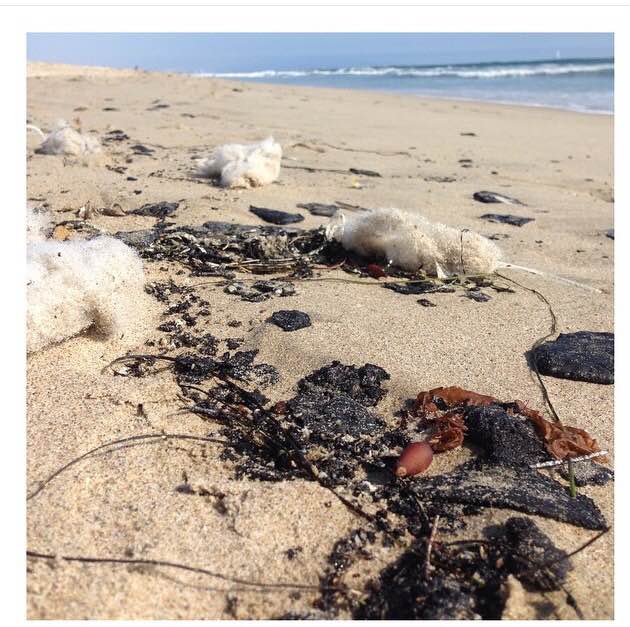 Just over a week ago, Surfrider published this blog about the oil spill in Santa Barbara at Refugio State Beach. At first, we were hopeful the spill was contained and clean up efforts would stop the oil from spreading further along the coast.

Now, we are questioning that assumption entirely.  Since May 27th, 2015 oil globs have been found along southern California (concentrated near Ventura, Manhattan Beach, Redondo Beach, Hermosa Beach, Santa Monica, Malibu, Zuma Beach and Venice Beach).  Surfrider Staff and volunteers have been corresponding with cleanup responders. An Official from the state informed us they have received reports of oil from Morro Bay down to Imperial Beach, San Diego. Point of reference: That’s about a 350-mile stretch of coastline.

Anxious locals and advocates patiently await the results of oil ‘finger-printing’ to identify the exact source of oil.  While some of the oil can be from “natural seepage”, or other unknown offshore pipeline leaks, we are very concerned the large number of tar patties washing ashore might be traced to the Refugio oil spill.  Again, it’s too early to know for certain, but hopefully test results will be available soon.

In the meantime while we wait, Surfrider cannot help but relive the timeline of the Refugio spill.  Reports now indicate the initial response was slow and lacked rapid cleanup procedures.  The company responsible for the Refugio spill (aka “Plains”) did not immediately notify authorities and responders did not reach the beach for many hours after the spill, despite cleanup equipment being nearby. Plus, the lack of mechanisms to engage the public is also troubling—it took seven days before trainings became available to safely allow volunteers to help.

Plains does not have the best track record of being a ‘responsible corporate citizen’ and has been cited for 175 safety violations nationwide since 2006.  In addition to their many violations, the company was able to avoid tighter oversight by suing the County of Santa Barbara in the late 1980s to avoid local regulations that require an automatic shutoff valve.

As each day goes by we learn more, yet there are still so many questions. Surfrider believes this is an “all hands on deck” situation and that is why we are troubled the Governor recently released a Proclamation of a State of Emergency that excludes Coastal Commission jurisdiction.

While such proclamations are beneficial in that they provide necessary funding and resources to respond to an emergency such as this oil spill, the Governor unnecessarily suspended the California Coastal Act.  A coalition of non-profits submitted this letter to the Governor asking him to reconsider his proclamation of suspending the Coastal Act—reminding him the Refugio oil spill occurred because regulatory oversight was weakened and this is not the time to further slaken State oversight. View accompanying press release.

Surfrider will continue to monitor the oil spill and cleanup efforts and will distribute information about “oil fingerprinting” as soon as officials release the findings. If you see any oil or tar balls on the beach please call 1-800-424-8802 and file an official report.

And if you live in California, please sign this petition asking Governor Brown to support current legislation that would close a loophole to allow new oil drilling off California. 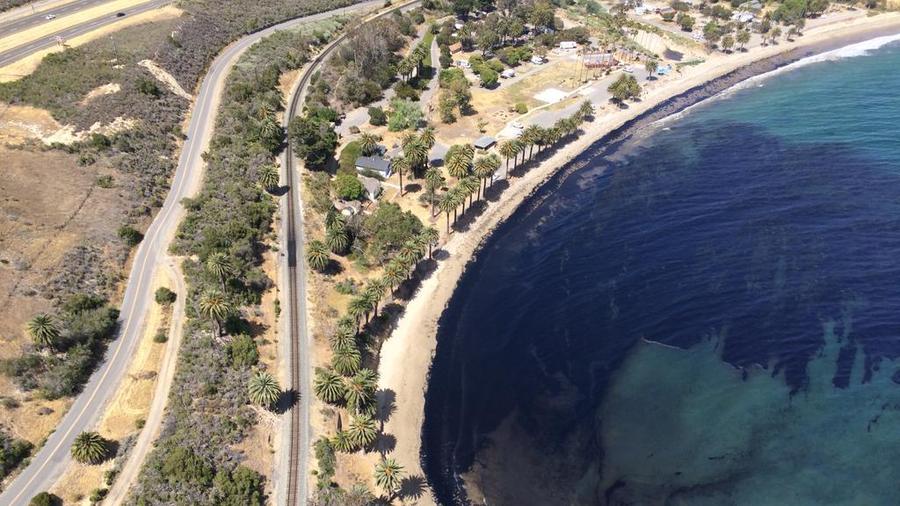