On February 6, 2018, nearly 300 concerned residents, business owners, fishers, and environmental and social justice advocates traveled to Salem to demonstrate before the Bureau of Ocean Energy Management (BOEM) meeting on a new federal proposal that would open Oregon’s coast to oil and gas drilling for the first time in 50 years. Attendees from across the state gathered to voice concerns about the risk to Oregon’s economy and environment. 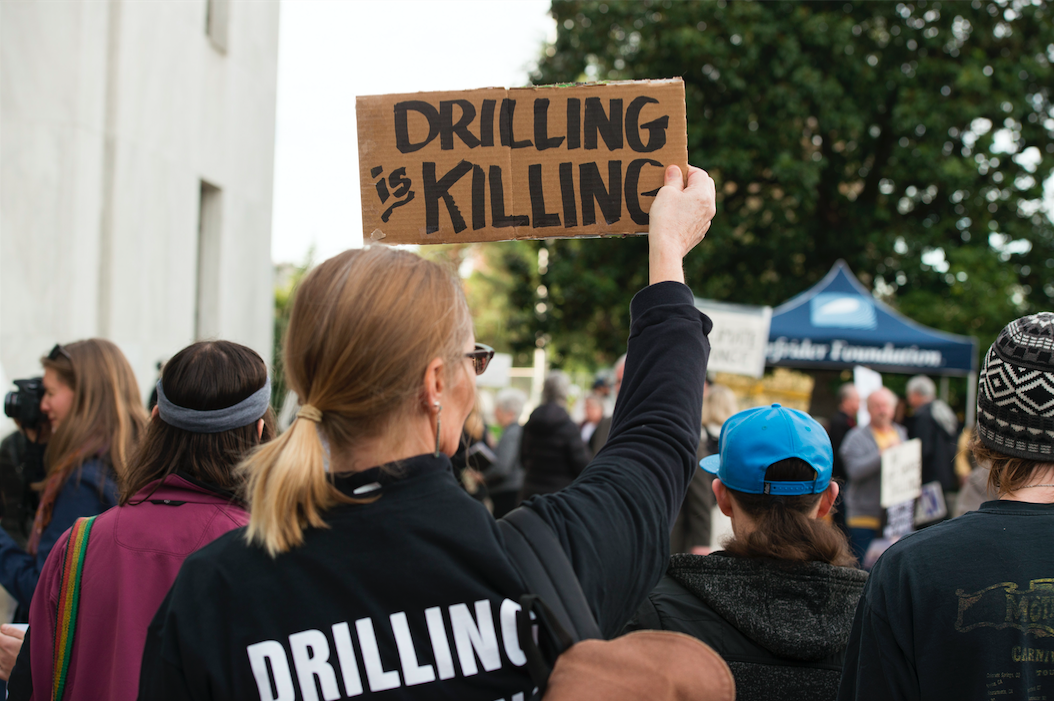 “For generations, Oregonians have defended the environment,” said Sen. Arnie Roblan. “Any offshore drilling could destroy the things we love in the state of Oregon – our 363 miles of pristine public beaches, and the local industries that drive our coastal economy. We can protect up to three miles of the coast under state law, and I look forward to extending the moratorium on offshore oil and gas development in the 2019 legislative session, but the federal government should respect the values Oregonians have affirmed time after time.”

“For Tribal People in Oregon – salmon is and always has been a central part of our lives and our cultures,” said Carina Miller, Warm Springs Tribal Council Representative. “As a Tribal Leader – part of my responsibility is to speak for those things that cannot speak for themselves. Wy-Kan-Ush is the Ichishkiin word for salmon. Oil and gas drilling in the Pacific Ocean off our coastlines – endangers not only the Wy-Kan-Ush but all fish and all living things in the ocean. Oil and gas drilling and transport which threaten the ocean habitat our salmon depend on cannot be allowed.”

West Coast communities know their $56 billion ocean economy and 500,000 tourism, recreation and fishing jobs depend on a healthy coast. On February 3, Californians rallied all over the state to voice their opposition to the offshore leasing proposal. A “People’s Hearing” was scheduled to coincide with the Washington BOEM meeting on February 5, but both have been postponed by the venue. Instead, Washington leaders held a press conference in the Governor’s office yesterday. 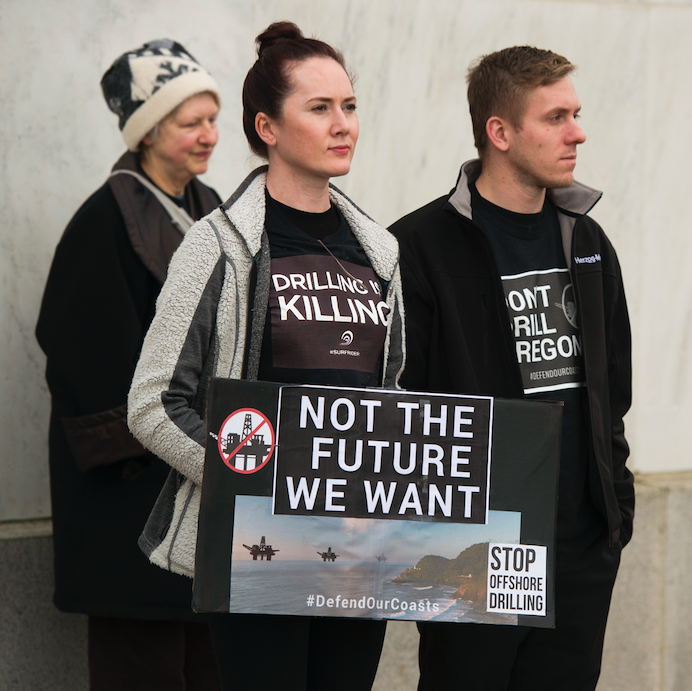 “Indigenous people today continue to live in our ways of our ancestors, off the abundance of the natural resources from Columbia River, her tributaries, and the Pacific Ocean, where our salmon and steelhead grow before they return home to spawn again,” said Elke & Alysia Littleleaf, of Littleleaf Guide Service from Warm Spring. “For our family, running our fishing guide service as a husband and wife team, our livelihoods are dependent on clean cool water and wild fish. And as we have been as a people since time immemorial, we also are care takers of the water the foods, and the way of life that has been passed down to us by our elders, and that was assured to us by the American Government in the Treaty of 1855. We are here today to say we oppose the terrible threats to clean water and healthy salmon that oil drilling would bring.”

“Drilling for oil and gas off the coast of Oregon would compromise our fisheries, our coastal economies, and our values,” said Bob Rees, Executive Director of the Association of Northwest Steelheaders. “As a salmon fishing guide, I’ve made my living connecting Oregonians to the chance to catch their own healthy and sustainable meals, but the impact of one major oil spill would be devastating and irreversible to the $2 billion dollar economy that fishing provides to our coastal and inland communities. We all need our salmon, and our salmon all need a clean ocean.” 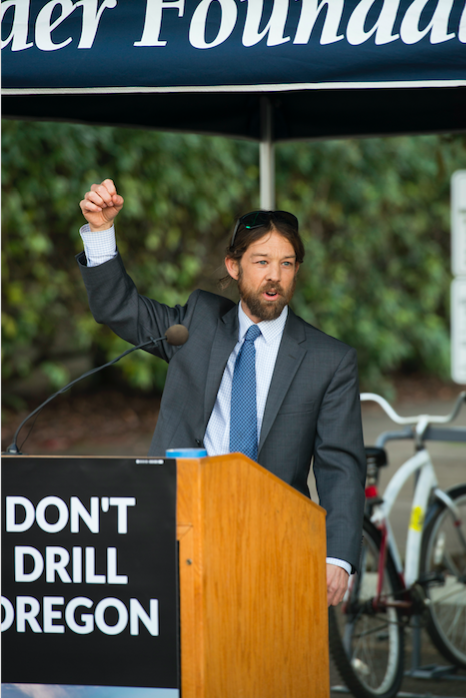 “When it comes to protecting Oregon’s ocean and coastal resources, we are a bipartisan state,” said Charlie Plybon of Surfrider. “Just as Oregonians have come together to protect our public beaches, we are united in an understanding of the threats offshore oil drilling poses to our coastal economy, jobs and culture. We will not gamble our ocean resources with dirty and dangerous oil exploration and drilling.”

BOEM is accepting public comments on the 2019-2024 drilling proposal online through March 9. After the comments are received and environmental reviews conducted, the Proposed Program will be released, triggering another comment period. The Final Proposed Program is expected by 2019. The current plan includes six lease sales off California and one off Oregon and Washington.

Meanwhile, on the Washington D.C. Senate Floor, Senator Merkley spoke to why Offshore Oil Drilling is not supported in Oregon, featuring an extensive quote from Charlie Plybon, Surfrider’s Oregon Field Manager (below):

For more info on how to get involved, visit Surfrider.org