On November 8, the federal agency tasked with overseeing U.S. nuclear power plants released findings from a special inspection into the near-drop of a canister loaded with high level radioactive waste at Southern California Edison’s recently deactivated nuclear plant at San Onofre. The results are truly concerning.

The Surfrider Foundation is strongly opposed to permanent or long-term storage of radioactive waste at the deactivated San Onofre Nuclear Generating Station (SONGS) due to its proximity to the coastline, susceptibility to geological instability and location within a densely populated area. Surfrider recognizes the waste needs to be cooled onsite before it's moved and we demand that this is done as safely as possible, while also advocating the waste is moved as soon as possible to a consent-based, geologically stable permanent location away from the coast.

The overseeing agency, Nuclear Regulatory Commission (NRC), hosted a webinar earlier this month providing a descriptive account of the fuel transfer process at SONGS, and how canisters are downloaded into their VVM's (vertical ventilated modules) within the dry storage area (ISFSI). NRC also explained the near-drop event on August 3, 2018, and what inadequacies in training, procedures, and oversight by Edison and Holtec, the manufacturer, led to what could have been an 18-foot drop of a loaded canister. Note that no canister was actually dropped, and all fuel inside the canister and the canister itself is intact, but the fact that it could have happened is alarming. 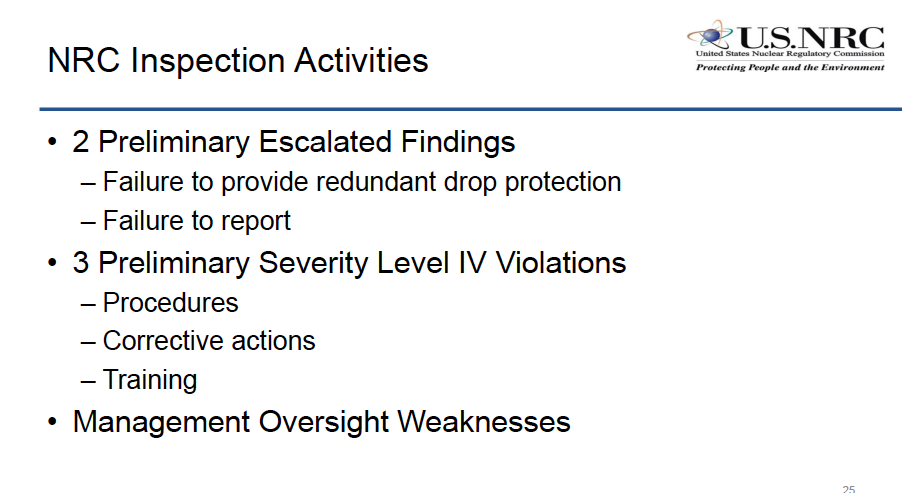 Image 1. Slide from NRC webinar on findings from the special inspection at SONGS.

Edison will not be able to resume loading until all of the inadequacies identified have been corrected and approved by the NRC, including:

Once corrective actions have taken place, the NRC will work on penalties and enforcement actions for Edison's failures to meet the safety, notification, and training protocols required by their license.

Edison’s disregard to the community’s continual requests for use of the highest safety protocols and training efforts is severely disheartening. Join us in demanding that Edison employ the following safety protocols, training and public engagement for the remainder of the fuel transfer process, decommissioning process, and ongoing storage of spent fuel.

To note, Edison has been receptive to several of these requests, including the development of a more robust radiological monitoring program in recreational areas near the plant. In addition to demanding that Edison employ the highest safety precautions and public notification procedures while the waste remain onsite, we need to continue to focus on the national problem of spent fuel, and the ultimate goal of getting the waste moved to a safer, permanent repository away from the ocean, as safely and quickly as possible.

Take action today to tell Congress to get the waste off the beach!

Update November 28, 2018: NRC has released the final report on the special inspection, which is availablere here. The report confirms the webinar's findings of Level IV violations: “The three Severity Level IV violations are cited in the enclosed Notice and the circumstances surrounding them are described in detail in the subject inspection report. The violations involved failures to: (1) identify conditions potentially adverse to quality for placement into your corrective actions program; (2) establish an adequate program for training, proficiency testing, and certification for individuals involved in downloading operations; and (3) provide adequate procedures for dry cask storage operations involving downloading operations.”