The Chicago Chapter stands up for clean water along the ‘Southend’ of Lake Michigan.

The Surfrider Foundation Chicago Chapter is addressing decades-long industrial water pollution violations across southern Lake Michigan with its ‘Southend’ Water Quality campaign. Through the use of research, legal action, media and advocacy, the chapter and its local partners are taking aim at specific industrial polluters and working to address the failure by the state and federal governments to properly enforce the Clean Water Act. 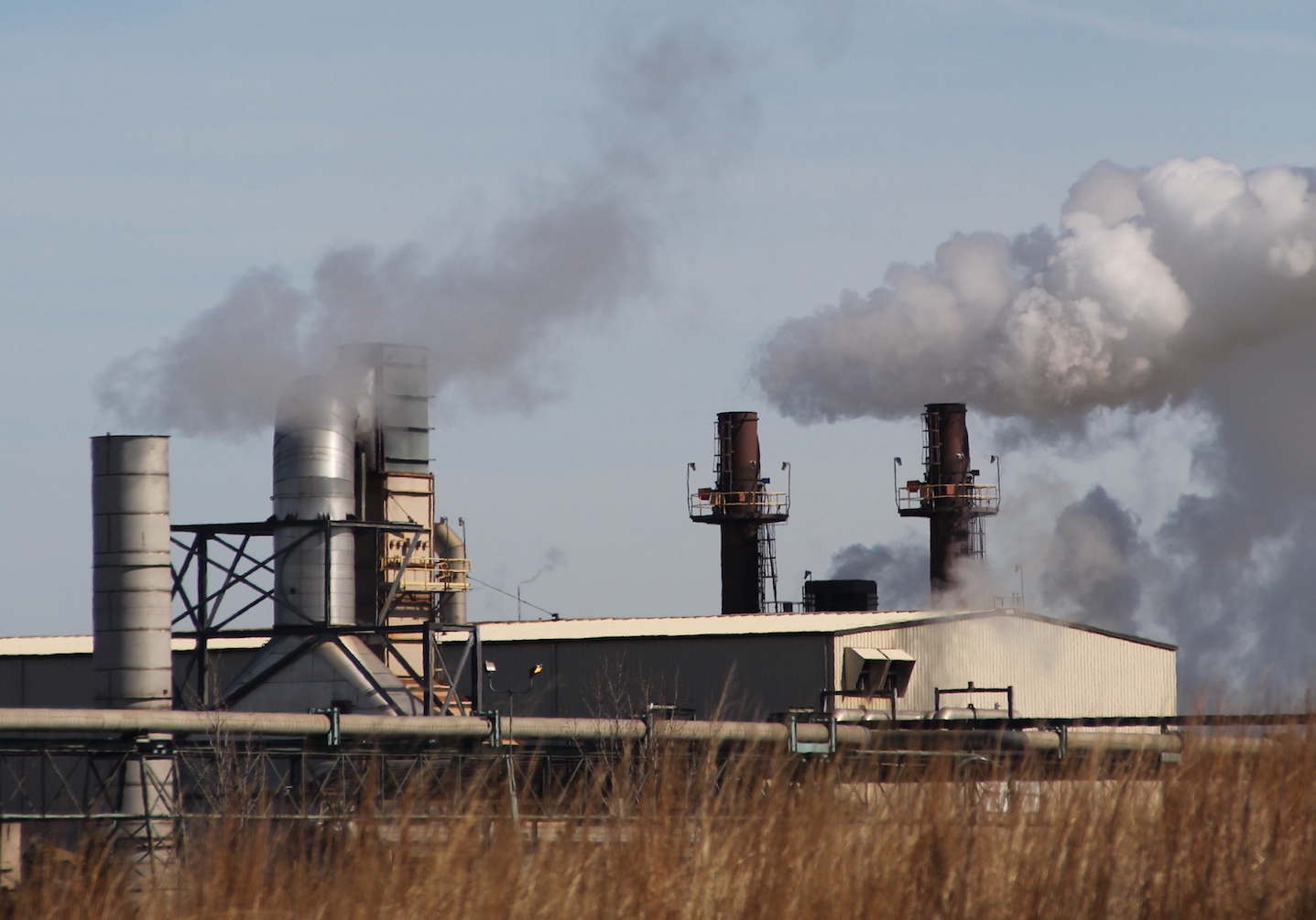 At the south end of Lake Michigan, just east of Chicago in Portage, Indiana, surfers can expect to find the best waves coming from the north. It takes guts to be a Great Lakes surfer here, not just because of the cold water temperatures in winter and spring but also because surfing in the shadow of industry can be a dicey proposition. This same stretch of coastline has housed numerous industrial facilities for many decades, from steel manufacturers to chemical companies. The problems arise when these industries disregard their neighbors in the community and dump toxic chemicals into the lake in violation of their Clean Water Act permits. Violations have serious health implications for the beachgoing public and the millions of people who rely on Lake Michigan for their drinking water. 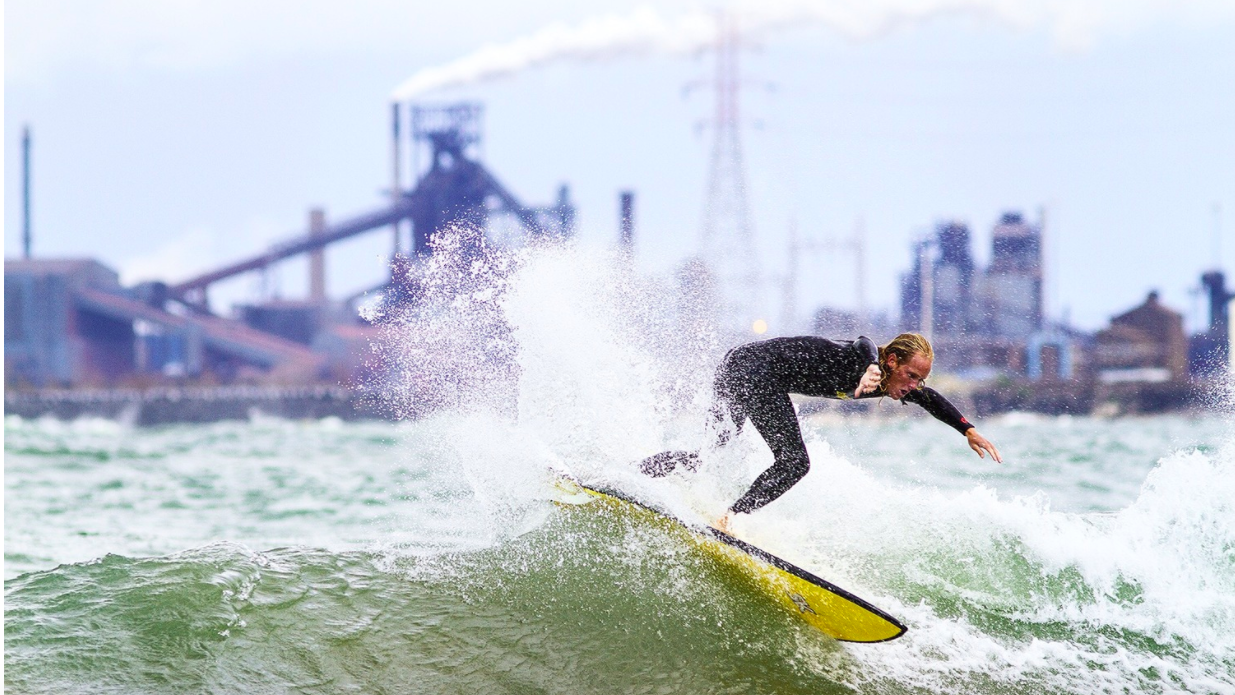 Cover and above photo courtesy of Mike Killion.

After learning about various health issues affecting ‘Southend’ surfers – from rashes to urinary tract infections and even more serious conditions – Surfrider’s Chicago Chapter, led by Chapter Chair Mitch McNeil, connected with lawyers at the Abrams Environmental Law Clinic at the University of Chicago Law School. Together, they began investigating the potential causes of the murky waters and recreational illnesses. As a result, the ‘Southend’ Water Quality Campaign began. Through their research, the group determined that a number of the industries bordering the lake had ongoing and repeated Clean Water Act violations that were being underenforced or not enforced at all. However, a solution was not readily at hand due to the broad scope of the problem and number of different companies that were at fault.

The campaign took on a new level of urgency when U.S. Steel spilled approximately 350 pounds of chromium into a small waterway that feeds directly into Lake Michigan in April 2017. Nearly 300 pounds of this spill were highly toxic and carcinogenic hexavalent chromium! The chapter’s collaboration with the Abrams Law Clinic then shifted from information gathering to litigation, seeking to force U.S. Steel to address and fix the problems that caused the massive spill.

More specifically, in November 2017, the Surfrider Foundation, represented by the Abrams Environmental Law Clinic, sent its Notice of Intent to Sue U.S. Steel. This prompted the City of Chicago to send a similar Notice of Intent to Sue, incorporating and explicitly relying on Surfrider’s notice. After waiting the required 60-day notice period, the chapter led a citizen suit under the Clean Water Act against U.S. Steel as the Environmental Protection Agency and Indiana Department of Environmental Management failed to take enforcement action against the company. Surfrider’s lawsuit made headlines, appearing in the Chicago Tribune and other national and regional media outlets. One week later, the City of Chicago filed suit as well, and the lawsuits were eventually consolidated. The federal and state governments ultimately took action to sue U.S. Steel and Surfrider intervened in their lawsuit to ensure that our objectives and interests were represented in the governments’ case.

Surfrider’s main objectives in the litigation include rectifying the operations and maintenance issues at U.S. Steel’s facility that are causing repeated violations, such as the large hexavalent chromium discharge. We are also seeking to adequately hold this massive company accountable and deter carelessness and future violations. Because of the delay in public notification that occurred when the large hexavalent chromium spill occurred, Surfrider is advocating for rapid public notification when spills happen so that people drinking the water and recreating in the area are protected. In addition, Surfrider seeks to secure a comprehensive monitoring study to improve our understanding of the water quality problems and public health risks across the south end of Lake Michigan. These objectives have taken on even stronger importance with violations from U.S. Steel continuing to occur over the course of the litigation and with neighboring industry having their own newsworthy spills.

Throughout the campaign, Surfrider has worked to make sure that the media has been engaged and updated on actions along the way, keeping a steady drumbeat of coverage and commentary to keep the public informed. The chapter has also expanded its efforts to work with local partners to address failures and accountability of both regulators and industry in terms of improving water quality along the south end of Lake Michigan. We are hopeful that the outcome of the Chicago Chapter’s lawsuit against U.S. Steel will get us closer to our goal of protecting clean water and safe recreation in Lake Michigan. 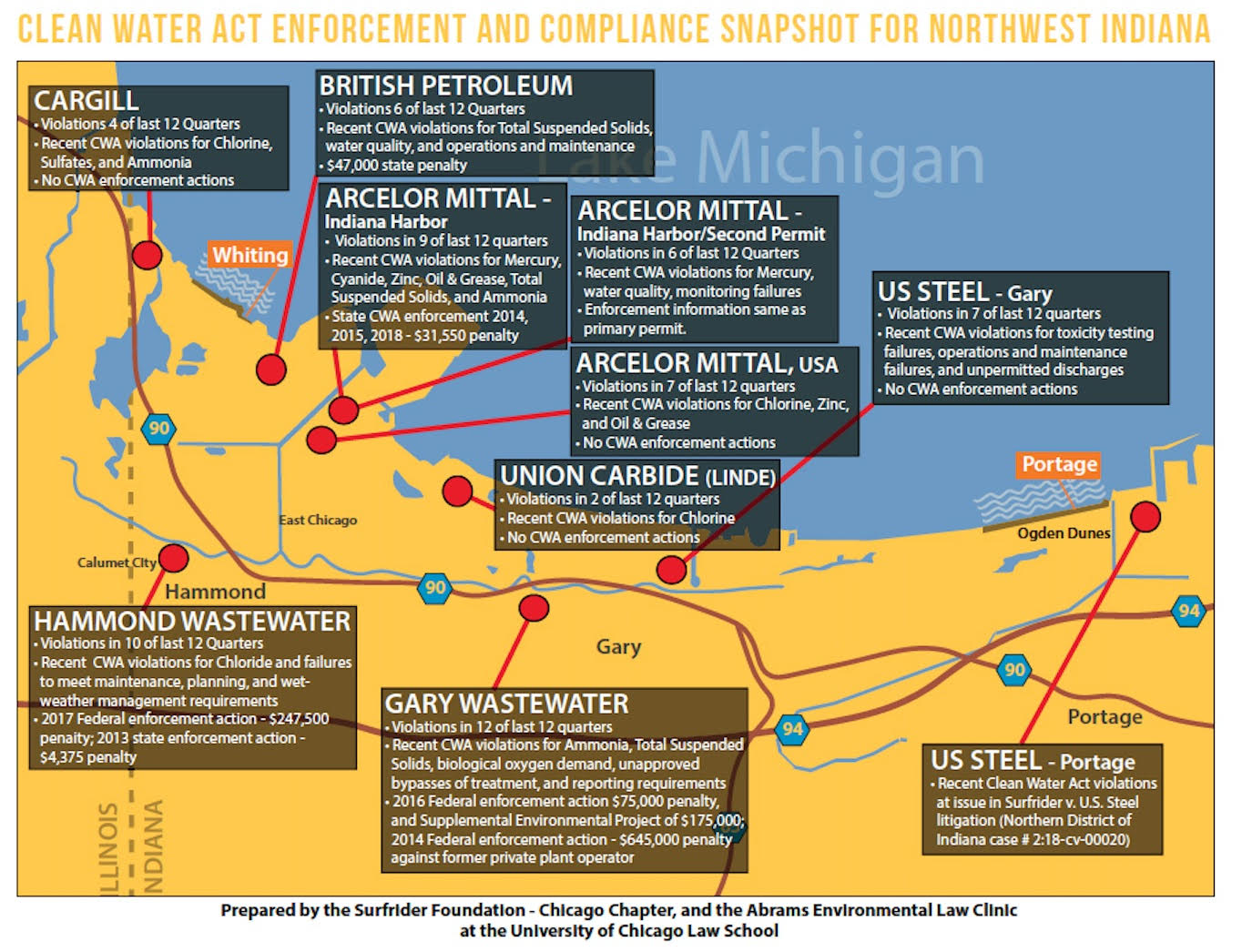