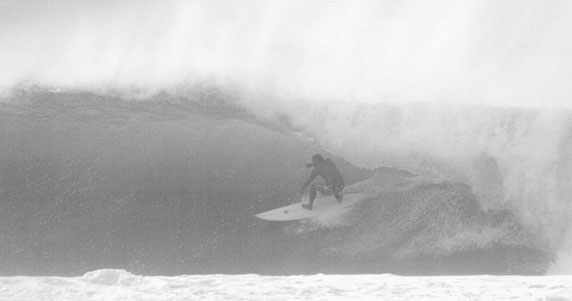 Environmental campaigns are most often marathons, not sprints.  You have to be prepared to be in it for the long haul.  An extreme example of this is our Save Ma'alaea campaign, which has extended for over 20 years.  Ma'alaea, on the island of Maui, is home to a small boat harbor and also one of the fastest waves in the world.  As documented in the Summer 1990 issue of our newsletter Making Waves, Surfrider Foundation joined with the Protect Ma'alaea Coalition, other groups and many local activists to try to stop or modify plans by the U.S. Army Corps of Engineers to expand the boat harbor.  Surfrider was concerned not only with the possible destruction of Ma'alaea's “freight train” rights, but also impacts to coral reefs, the marine ecosystem, and water quality.

Our first minor victory in the battle was when the Corps of Engineers agreed to prepare a Supplemental Environmental Impact Statement (SEIS) to evaluate impacts of the project on the wave and the marine environment.  We also mounted a letter-writing campaign (this was before email) and produced a Save Ma'alaea video (on VHS). Over the years, Surfrider Foundation volunteers and staff logged countless hours of community outreach, attended hearings, legal filings and even commissioned an independent review of the Army Corps of Engineers plans for the project. The battle continued for so long that unfortunately some of the original crew of activists were not around to see the final victory when the Hawaii Department of Land and Natural Resources and the United States Army Corp of Engineers announced last week that they would be abandoning plans to extend the breakwater at Ma’alaea Harbor.

Congratulations to all who continued running the marathon and finished with their arms held high in victory!