Monuments Under Attack: The Fight to Protect our National Treasures

Over a hundred years ago, President Theodore Roosevelt signed a landmark law to help protect some of our nation’s most outstanding public lands and waters. Known as the Antiquities Act of 1906, the law has been used by 16 different Presidents to establish 157 National Monuments. These include such notable designations as Admiralty Island in Alaska, the Muir Woods in California, and the Statue of Liberty (Photo: President Roosevelt and John Muir. Credit: National Park Service). 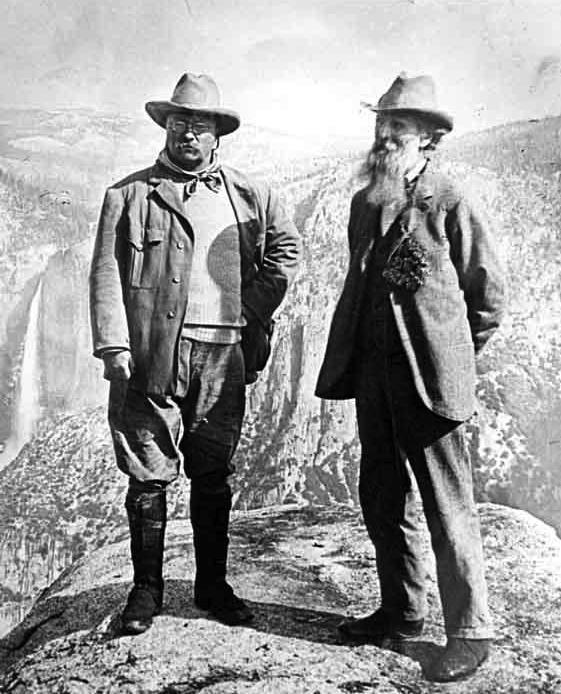 More recently, the law was used by President Barack Obama to establish the Northeast Canyons and Seamounts Monument, and to expand the California Coastal Monument (see photo above) and the Papahānaumokuākea Marine Monument in Hawaii. These actions were strongly supported by Surfrider Foundation’s chapter network and will help protect the ecological and cultural values of these special places for generations to come.

Unfortunately, the Antiquities Act is now in the cross hairs of a Congress and Administration that seek to undermine environmental protection. Members of both the Senate and House of Representatives have floated proposals to limit the purpose and scope of the law. This includes Senate Bill 33, introduced by Lisa Murkowski (AK), that would require congressional and state approval for new designations and create additional requirements for marine monuments.

Meanwhile, Interior Secretary Ryan Zinke suggested during his confirmation hearing that the Trump Administration was open to undoing existing monument designations such as the Bears Ears National Monument in Utah. While such action would be unprecedented – and may not even be legal - it is clear that we can no longer take this important law, or sites that have already been protected, for granted.

Fortunately, citizens across the U.S are speaking out in support of the Antiquities Act, a law that has been used by Presidents of all political persuasions. The threat to the Bears Ears Monument has inspired not just environmental organizations, but a diverse coaltion of recreational businesses and groups to cry foul on the Trump Administration's proposal to repeal the designation.

Surfrider is proud to be part of a national coaltion working to defend the Antiquities Act from attacks by Congress and the Administration. And at the grassroots level, Surfrider chapters stand ready to defend the monuments we have supported (and enjoy playing in). As recreational users, we must speak out for laws like the Antiquities Act that allow our nation's greatest resources to be protected for future generations.

WHAT CAN YOU DO RIGHT NOW?

Make Your Voice Heard. Pick up the phone and call your Congressional Representatives in D.C. and ask them to defend the Antiquities Act and existing National Monuments. Find your member's phone numbers here: Senate and House.