The National Academies of Sciences, Engineering, and Medicine (NAS) recently published a report, Reckoning with the U.S. Role in Global Ocean Plastic Waste, assessing the United States' contribution to plastic production and waste generation, its impacts, and the pathways in which plastic waste moves. The new NAS report, composed by a committee of academic experts, recommends that the United States substantially reduce solid waste generation to reduce plastic in the “environmental, economic, aesthetic, and health costs of managing waste and litter.” It also recommends the development and implementation of a national strategy to reduce the United States' contribution to the global plastic pollution crisis. 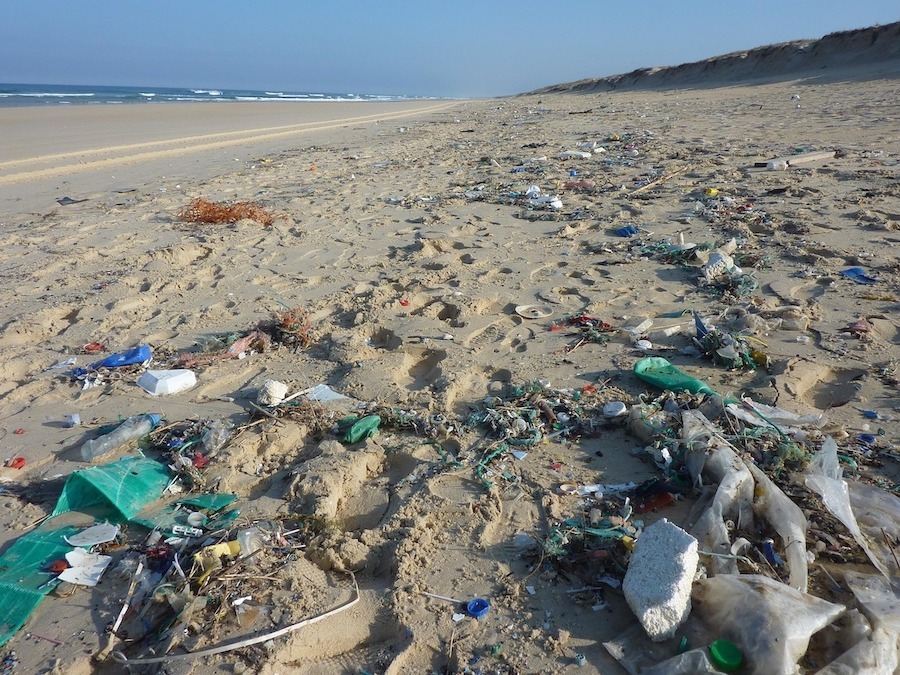 Entanglement and ingestion of plastic waste represent two especially well-studied impacts on marine and freshwater life. One review by Kuhn and van Franeker (2020) found documented cases of entanglement or ingestion in 914 species based on 747 studies —701 species have documented ingestion, and 354 species were found entangled in plastic debris. Microplastics ingested by marine biota may move through the food web, ultimately to humans, but more research is necessary about the effects on the food web and humans.

Actions and interventions are critical to stopping the input of plastic waste into our environment, and a suite of interventions identified align with the Surfrider Foundation's Plastic Pollution Initiative. The first intervention identified is to reduce plastic production or manufacturing through national goals and strategies. Source reduction has long been a Surfrider priority for our plastic pollution initiative as it reduces the amount of plastic from the beginning, so plastic waste does not enter the environment in the first place. There is no single solution for tackling the plastic pollution crisis, but the most effective intervention is less plastic production.

The NAS report also recommends that the United States “should create a coherent, comprehensive, and crosscutting federal research and policy strategy that focuses on identifying, implementing, and assessing equitable and effective interventions across the entire plastic life cycle to reduce the US contribution of plastic waste to the environment, including the ocean.” The federal Break Free From Plastic Pollution Act (BFFPPA) already has many NAS report recommendations incorporated into this comprehensive and innovative bill. Learn more about the BFFPPA by watching Surfrider’s new video and you can help to urge your representatives to pass this critical bill by signing the action alert!

By implementing the interventions and recommendations laid out in the NAS report, the United States has an opportunity to be a global leader in reducing plastic pollution and creating a more circular economy where reuse and refill are the norms.