Well you can’t win them all! The New York City Chapter of the Surfrider Foundation lost its campaign to place a fee on single use bags in New York City last month.

But they aren’t giving up, says chapter chair Nikita Scott, “This is a disappointing setback for NYC's green movement, but it's far from the end of our campaign. By the time the moratorium is over our coalition will be stronger than ever! In the meantime, I urge people to check out Surfrider Foundation's Rise Above Plastics program for ways they can make a difference right now.” 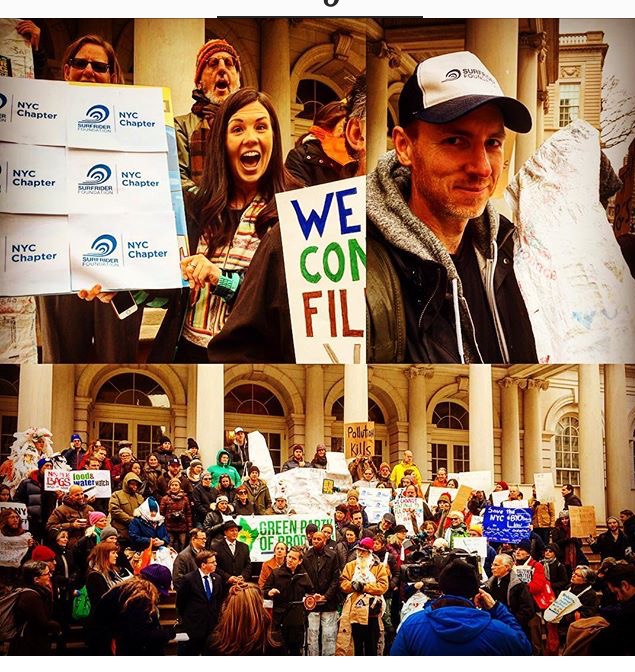 In February 2017, New York Governor Andrew Cuomo declined to veto state legislation that blocked a New York City law placing a 5-cent fee on all plastic bags, and placed a moratorium on any new NYC bag fee legislation until 2018. Similar fees in other cities and towns in Washington DC, Texas, and California have proven to significantly reduce plastic bag usage and litter.

New York City Councilman Brad Lander, a Brooklyn Democrat and one of the sponsors of the bag fee legislation, said council members spent two years researching, promoting and creating a process to address the 91,000 tons of solid waste caused by plastic bags in the city each year. The council will now have to wait until 2018 if they want to work on new bag fee legislation.

“We fought plastic bags, and for now, plastic bags won,” said Lander. “They are stubborn and toxic forms of solid waste. They never biodegrade, so they pollute our trees, oceans, and landfills forever. And they are hard to dislodge from the state legislature, too.”

State legislators in Wisconsin, Idaho, Michigan, Florida, Missouri, Arizona and Indiana have passed similar legislation, pushed by the plastics industry, to keep cities from passing bag-limiting regulations. It’s pretty simple: local bag fees and bans hurt the plastic industry’s bottom line, so they are trying to stop them at the state level.

All too often plastic bags end up as unsightly litter in our streets, trees, beaches, and other natural areas—harming animals and defacing our communities. They also increase municipal waste disposal costs.  New York City spends an estimated $10 million each year disposing of bags.

“One positive is that the BagItNYC coalition certainly got the Governor's attention and now our focus is making sure he follows through on a statewide solution to the plastic bag problem in New York,” said NYC Chapter Plastics Coordinator Patrick Diamond.

Opponents claimed that their primary concern was for the impact of the fee on the city’s poor residents. However, the NYC legislation already took such impacts into consideration: the sanitation department planned to give out 400,000 reusable bags,  using food stamps were exempted, and food carts and stands would not have been required to charge a fee. 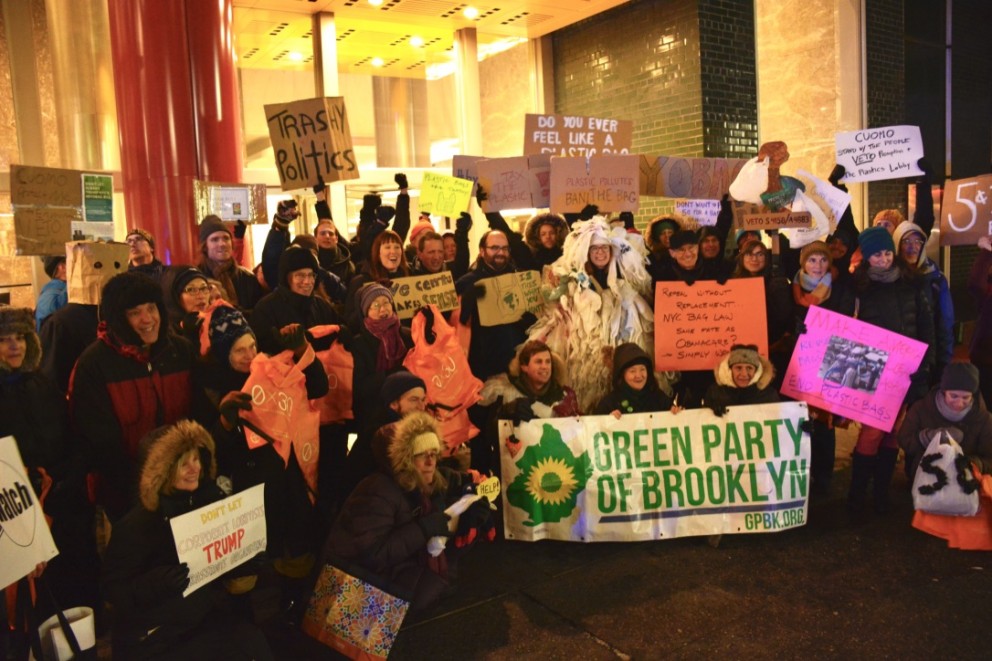