The New York City Chapter of the Surfrider Foundation showed great tenacity and patience in finally getting to a huge victory in NYC against the scourge of single use bags!

After spending two years passing bag legislation in NYC in 2016, they were dismayed to see the NY State legislature preempt the city’s bill. After three years of waiting for the State to make a move on bags, they were again disappointed to see State legislation that only banned plastic bags, not addressing paper bags.

With more than a decade of trying to reduce single use bag litter and garbage, Surfrider knows (see Toolkit) that a fee on paper bags is critical to success. Shoppers simply switch to paper bags if those are still free, instead of switching to reusable bags. Though paper bags are biodegradable in the natural environment and do not cause the same damages as plastic, they have a larger climate footprint to produce and transport them. 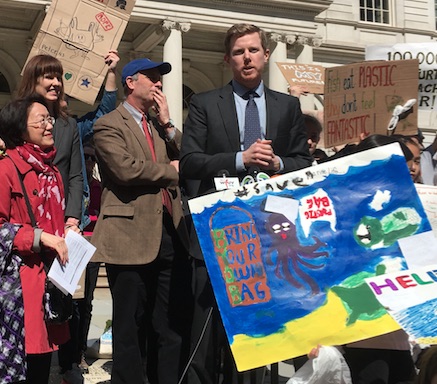 The silver lining in the NY State bag legislation was a pathway for counties and cities to pass their own legislation, adding a fee on paper bags to the plastic bag ban language. That is exactly what NYC did this week, adding a 5 cent fee on all paper bags, closing that loophole.

Congrats to the NYC chapter, and the larger coalition they were a part of, for a victory that was a long time in the making! 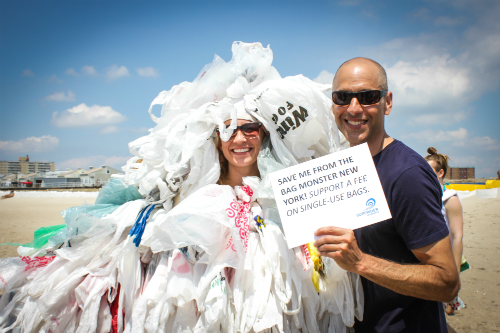