Surfrider is working with our local chapters and partners to protect the Gulf of Mexico and Alaska from new oil and gas leasing. Please take action below!

When the Biden administration released its Proposed 5-Year Offshore Drilling Plan in July, the result was hugely disappointing if unsurprising. While the administration’s draft plan protects the majority of U.S. coastlines from new offshore drilling, it doubles down on new oil and gas development in the Gulf of Mexico and Alaska. In fact, the proposal includes a total of eleven lease sales, with ten slated for the Gulf of Mexico that would expand drilling across hundreds of millions of acres. For context, that’s the same amount of new drilling the Trump administration proposed for the Gulf in 2018 before its version of the 5-year plan imploded from widespread opposition across the U.S.

Some may say the administration’s 5-year plan proposal is simply a reflection of regional politics (with a healthy dose of influence from the oil and gas lobby). While other regions of the U.S., including the Atlantic and Pacific coasts, have shown overwhelming opposition to offshore drilling through state laws and government resolutions, opposition in the Gulf of Mexico is primarily grassroots driven. In a region where the oil industry casts a long shadow over the economy and politics, dissenting voices are more likely to come from citizens, community groups and environmental justice organizations than those who reside in governor’s mansions.

This unfortunate dynamic only reinforces inequalities over who benefits from fossil fuel development and who is asked to pay the price. The Gulf of Mexico is already saturated with 1,862 oil platforms, which cause an endless series of spills, accidents and onshore damage. Most infamously, the 2010 BP oil spill disaster released over 200 million gallons of oil and tarnished 1,100 miles of coastline across four states. Yet, the BP spill is just part of a larger pattern of damage inflicted by an industry that can’t seem to stop spilling. This includes the ongoing (and less publicized) Taylor oil spill which has nearly matched the BP spill in oil released into the Gulf. These chronic oil spills are polluting our public waters, damaging fisheries, limiting recreation opportunities, and impacting public health. 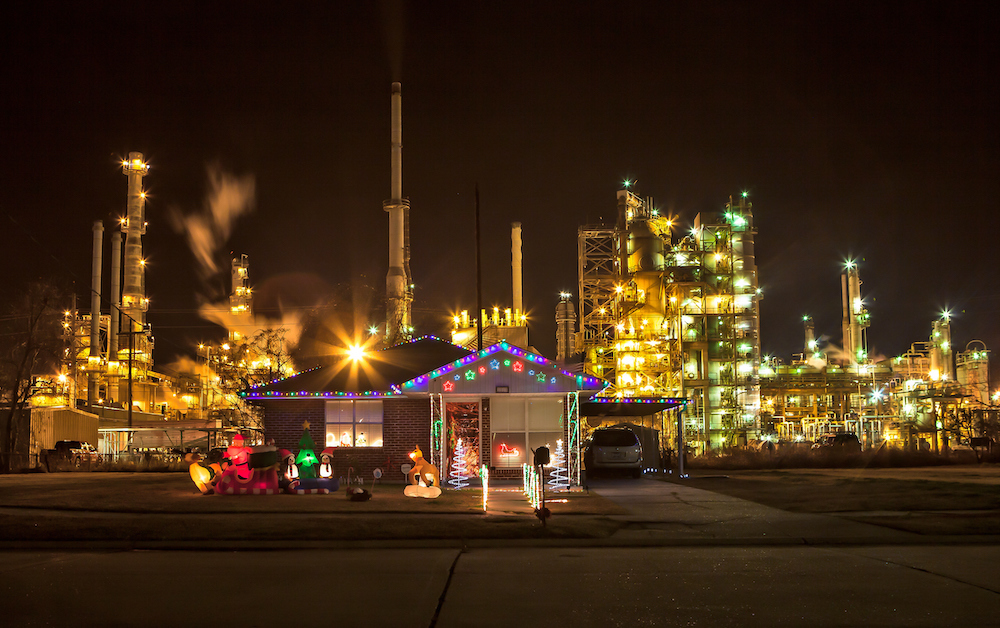 Last but not least, the 5-year plan proposal would result in billions of metric tons of greenhouse gas emissions released into the world’s atmosphere, undermining efforts to address climate change. As the Interior Department notes in its proposal, “there is scientific consensus that avoiding the most severe climate impacts…will require reducing global greenhouse gas (GHG) emissions to net-zero by 2050 (IPCC 2022).” Yet, the proposed 5-year program would make the U.S.’s achievement of net-zero emissions by 2050 far less likely, reinforcing that new drilling in the Gulf of Mexico and Alaska is everyone’s problem regardless of where you live.

Surfrider is working with our chapters and partners to demand that the Interior Department adopt a 5-year offshore drilling plan with #NoNewLeases. On September 12th, Surfrider members joined nearly a hundred advocates from the Gulf of Mexico, Alaska and beyond in formally testifying against the proposed lease sales in the only public hearing hosted by the agency. The hearing showcased overwhelming opposition to new leases in the 5-year plan and featured compelling testimony from frontline groups and Tribal nations including Healthy Gulf, Taproot Earth, the Houma Nation, Bayou City Waterkeeper, Louisiana Progress, Cook Inlet Keeper and many, many others

Surfrider chapters and staff continue to conduct outreach to local groups and businesses to urge them to participate in the 5-year plan process. This includes the latest installment of our Sign the Surfboard campaign which recently launched in Tampa, Florida, and is galvanizing business and community opposition to new offshore drilling. Surfrider’s efforts also include collaboration with the Taproot Earth #NoNewLeases coalition that is bringing together environmental justice groups, community organizations and national environmental groups to protect the Gulf of Mexico and Alaska from new offshore drilling

Please take action against new offshore drilling by submitting comments to the federal government. The Bureau of Ocean Energy Management (BOEM) has a 90-day public comment period to solicit feedback on the proposal that is open until October 6th. Please ask the agency to finalize a 5-year offshore drilling plan with #NoNewLeases! Submit your official comments on regulations.gov using our sample talking points. You can also complete our petition below to BOEM which will be submitted as part of the official public record. Without a massive mobilization by the public, our voice will be drowned out by the lobbying power of the oil and gas industry. Let’s take action to defend our coasts!