Offshore Drilling Update: The Fight Continues to Defend our Coasts

Unless you’ve been hiding under a rock the past few years, you know that the Trump administration is proposing new offshore oil drilling in over 90% of U.S. waters. While a final decision is likely a year away, there has been a flurry of recent developments that have a direct bearing on the issue. Many of these are positive but it’s critical that we continue to fight as the fate of our coasts hangs in the balance. Please scroll down for ways to engage in our Stop Offshore Drilling campaign.

Judge Upholds Protections for Arctic and Atlantic
A federal judge struck a major blow to the Trump administration’s plans for expanded offshore drilling by upholding habitat protections for the Arctic and Atlantic oceans established under the Obama administration. On March 29th, Judge Sharon L. Gleason of Alaska ruled that President Trump violated federal law by trying to undo permanent protections from offshore drilling for 98% of U.S. Arctic waters and deep sea canyons off the Atlantic coast.

This is great news, particularly for the Arctic Ocean which is one of the most unique and sensitive environments on earth. However, the vast majority of the Atlantic is still threatened by new oil drilling as habitat protections are limited to deep sea canyon areas offshore (see map). Moreover, the decision is expected to be appealed to a higher court in the coming months. The judge’s decision will likely require the Bureau of Ocean Energy Management to rework the upcoming draft of the 5-year offshore drilling plan to comply with the court’s decision. 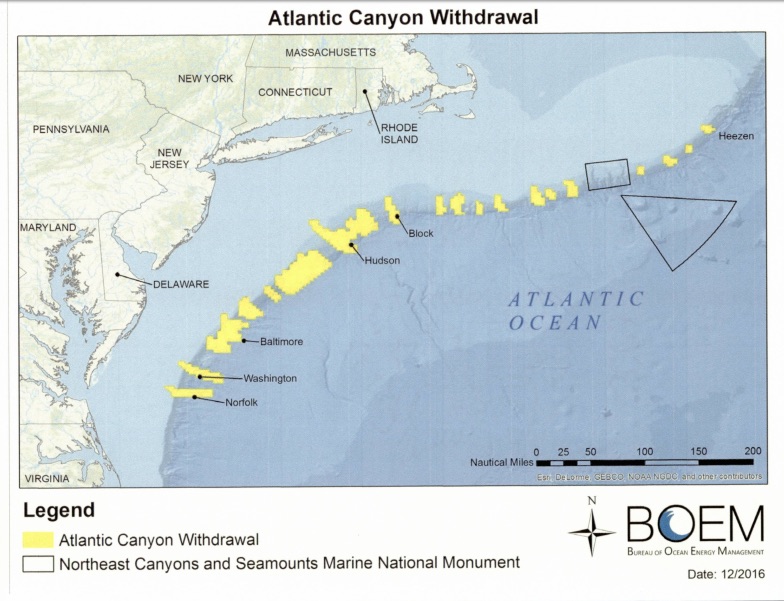 Congress Considers Bills to Block New Drilling
As the Trump administration continues work on the 5-year offshore drilling plan, federal legislators from both political parties are seeking ways to protect U.S. coasts from this risky and damaging practice. Since the 116th Congress opened in January, over a dozen anti-drilling bills have been introduced in the House and Senate, including the Coastal & Marine Economies Protection Act that would ban offshore drilling and seismic testing on both the Atlantic and Pacific coasts.

On April 2nd, the House Natural Resources Subcommittee held a hearing “Protecting Coastal Communities from Offshore Drilling” to discuss legislative options for defending U.S. waters from oil and gas development. While passing such legislation will be an uphill battle, it’s critical that we continue to build bipartisan opposition to the administration’s proposal. Your representatives in Congress need to hear from you so please complete our action alert, or better yet, call your members in the House and Senate to urge them to oppose offshore drilling. 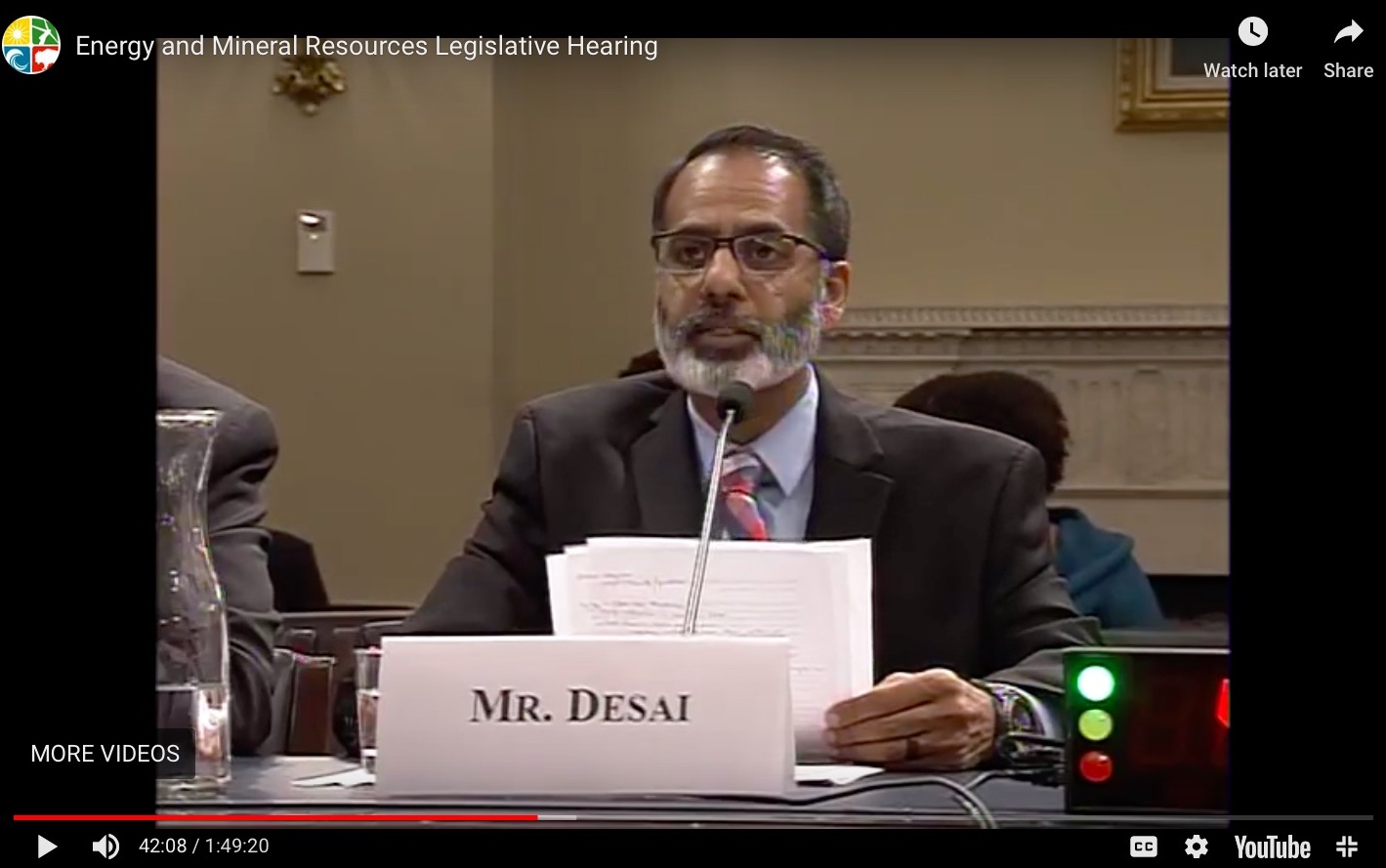 Coastal States Are Fighting Back
On March 27th, Oregon Governor Kate Brown signed legislation to ban drilling and related infrastructure in state waters. Oregon now joins California, Florida, and New Jersey as states that have passed laws to stop oil drilling off their coastlines. While states don’t have authority over federal waters, these laws can help deter the practice by making it more difficult for the industry to bring oil to shore.

Moreover, it sends a strong message of opposition as the administration attempts to limit state’s rights by modifying how federal consistency is applied under the Coastal Zone Management Act. Surfrider chapters are currently working to pass state offshore drilling bans in Maine, New Hampshire, New York, Massachusetts, and Connecticut to add a “blanket of protection” for their offshore waters from oil and gas development. 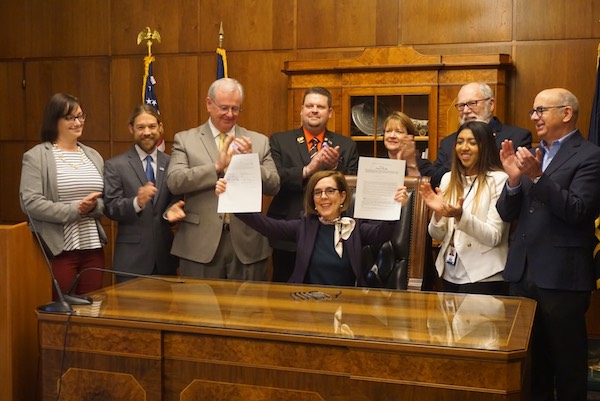 When will 5-Year offshore drilling plan be released?
For months, we’ve been telling you that the next draft of the 5-year offshore drilling plan could be released at any time. This remains true, and with the Senate's recent confirmation of David Bernhardt as Interior Secretary (despite his conflicts as an oil and gas lobbyist), we should stay on high alert for an impending announcement. That said, given the recent court decision referenced above, the administration may need additional time to revise the proposed program.

The release of the offshore drilling proposed program will initiate a 90-day public comment period providing the last direct opportunity for Americans to comment on the 5-year plan with the Bureau of Ocean Energy Management before the final plan is drafted and sent to Congress and the President for a 60-day review. It remains unclear what regions will (and will not) be included, but Surfrider is stressing the key message that drilling anywhere is drilling everywhere and we will adamantly oppose any new oil and gas leasing off U.S. coasts.

Take Action to Defend Our Coasts

Particpate in Hands Across the Sand on May 18th learn more