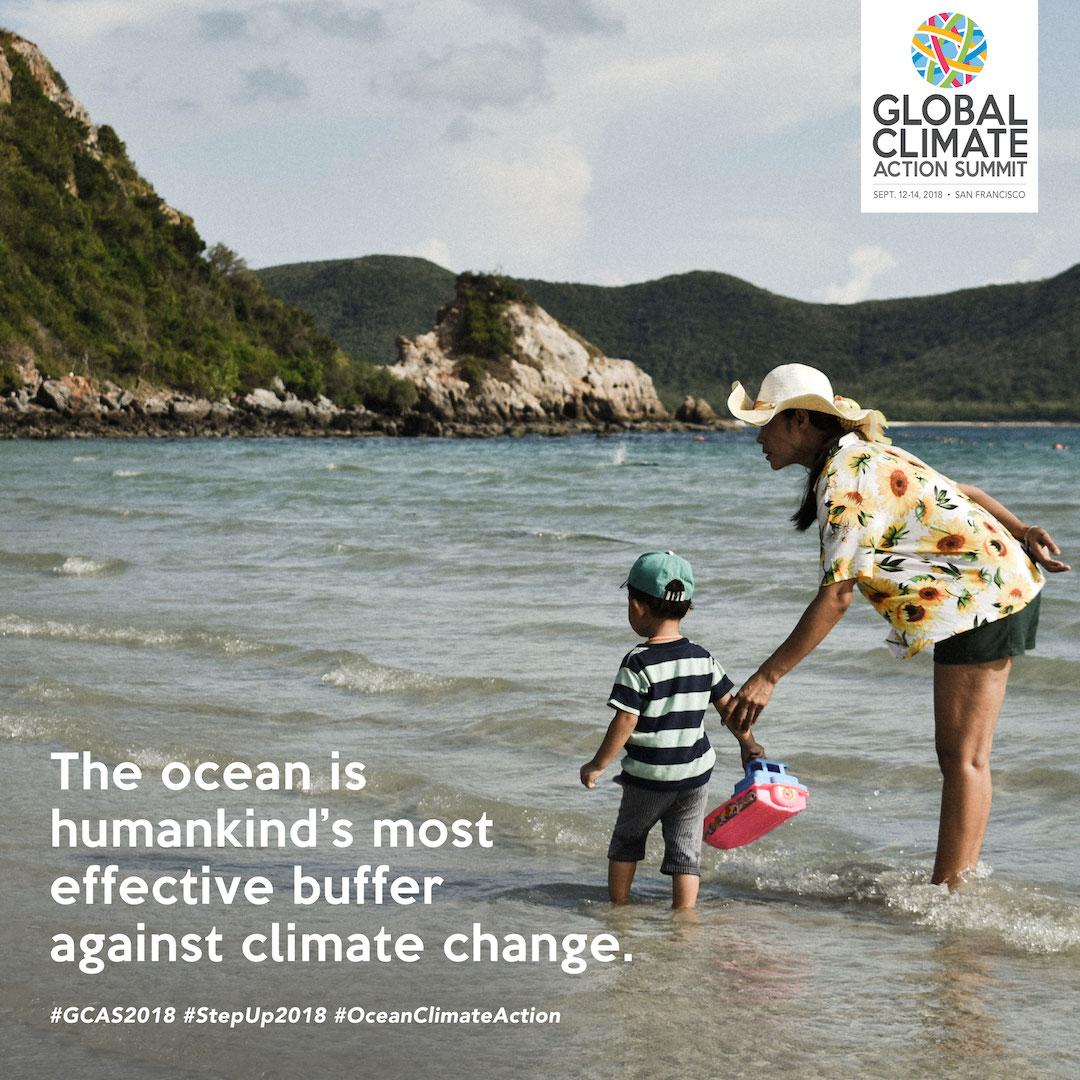 Surfrider Foundation attended the Global Climate Action Summit (GCAS) as an official delegate. Over 4,000 delegates from around the world were present—making it the largest climate change summit held in the U.S.  In the months leading up to the summit, Surfrider participated in a committee of government and nongovernmental representatives that helped develop the Ocean-Climate Action Agenda and related ocean programming for the GCAS.

The summit and affiliate events were beyond inspiring.  While the celebrity star power was exciting (see Harrison Ford’s impassioned speech below) the most moving aspect of the conference was hearing pledges from world leaders about how they plan to curb climate change by reducing emission and implementing adaptation measures.

Governor Brown definitely earns MVP for the summit, not only was he the lead host of the summit, but he committed California to aggressive goals to combat climate change and he closed the summit by saying: “we’re launching our own damn satellite” in order to find out exactly where pollution is coming from and further analyze climate change impacts on the Earth.

Below are just a few of the stunning commitments made by delegates and leaders who attended.  It should be noted that both Hawaii and California just passed legislation that will require both states to be carbon neutral by 2045. This is a massive step in meeting the Paris Climate Agreement goals that the Trump Administration will not honor.  And speaking of honoring the Paris Agreement, sign our action alert here.

Commitments Made at the Global Climate Action Summit

In the coming years, Surfrider is confident local towns and cities will be the ones who will make the most strides in combating climate change.  In fact, there is no time to wait around for reluctant leaders, it’s up to us at the local level to save our climate for future and present generations.