In Puerto Rico, the failure of the government to provide adequate water quality information to severely impacted communities since Hurricane Maria pummeled the island in September has been a rallying call-to-action for the Rincón Chapter’s Blue Water Task Force.  Although the Surfrider volunteers are experiencing the same difficult conditions that the rest of the island are exposed to - no electricity, limited phone & internet connections, transportation & drinking water challenges- by banding together with other local groups they’ve been able to restart their water testing program, empowering the local community to generate their own information on the safety of recreational waters and sources of drinking water.

The Chapter would not be able to accomplish this task without the cooperation and assistance they’ve been receiving from the RBC Maria Relief Center and the Costa Salud Health Center.   The chapter is currently receiving package deliveries and shipments at the RBC Maria Relief Center as their office was severely damaged by the storm.   Water test results are posted on Center’s community message board and chapter BWTF lead, Steve Tamar frequently stops by to recruit volunteers willing to help out with the testing.   The Costa Salud Health Center is providing lab space with the necessary access to dependable electricity which is necessary for running the lab equipment.

Rincón's BWTF beach water testing program has been back on its normal weekly sampling schedule since the end of October, and just last week their secondary lab in Aquadilla has started processing samples again too.  With the support and direction of CariCOOS, an UPR graduate student Geraldine Gomez Matias has also just started sampling several new sites at Cabo Rojo, Boqueron and Buyé beaches as well as her research project in Guánica at Playa Santa.  With the addition of these beaches, the Rincón BWTF is now basically covering the entire western coast of Puerto Rico while the government-funded beach program run by the Junta de Calidad Ambiental remains in-operational.

Thus far the Chapter has detected high bacteria counts at the beach near outlets from rivers and streams - both continued sewage infrastructure failures and stormwater runoff seem to be at fault.  Surfrider volunteers are also identifying broken sewer lines and reporting them to the local AAA water authority when problems are discovered while out sampling. See map of beach sampling locations and results here. 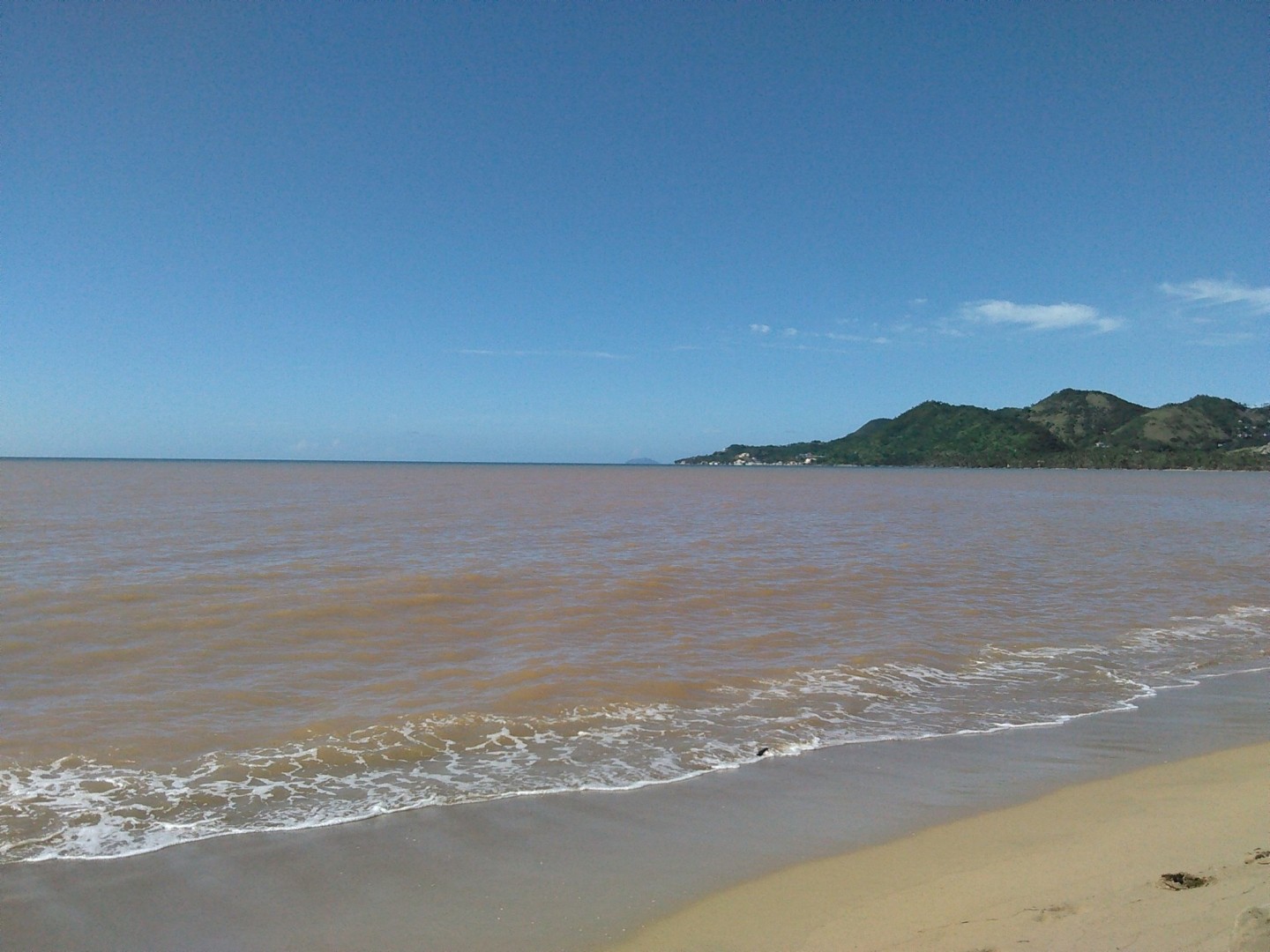 The Chapter has also expanded its water testing efforts to monitor freshwater sources throughout the community -  the local springs, wells, and quebradas that people have been forced to use for household water when the electricity and power were cutoff during the storm.  They are testing for E. coli and total coliform bacteria using EPA approved technology in sites located close to town and have been developing protocols to bring more basic tests that don’t require a lab facility with electricity to the more rural communities inland.  Preliminary results indicate that many of the springs that people have been using for household water are not safe.

It is hoped that by allowing the community to conduct their own basic WQ testing themselves, this will build community awareness of health issues from exposure to polluted water and will also help inform efforts to site and install the appropriate water filtering systems (also being tested by Rincón's BWTF) in areas that do not have secure access to clean potable water during emergencies and power failures. The chapter is piloting their remote water testing project with the local high school in Maricao and is expanding into other remote communities as they are able to.

Given post-hurricane conditions, logistics and communication for Rincón's BWTF are a real problem.  Water tests results are posted online and shared on the chapter's Facebook page as internet is available, but posting on community bulletin boards, broadcasting on AM radio, local podcasts and good old fashioned word of mouth have been ever more successful in getting the word out into the community, and the chapter is constantly receiving requests to test different community sources of water. 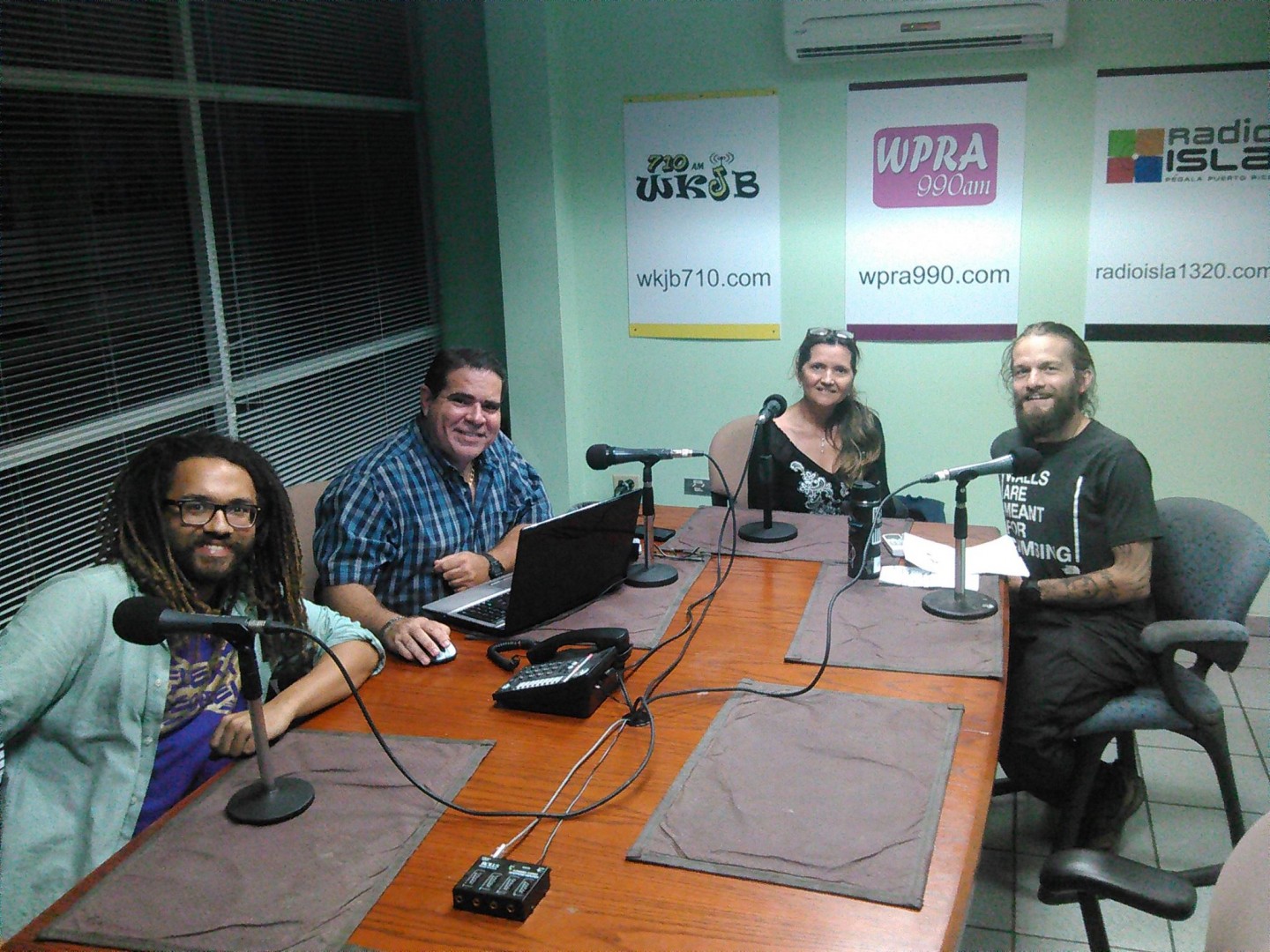 For instance, chapter volunteers Alexis Henriquez and Steve Tamar were recently escorted by Captain Wilfredo Morales and agent José Caraballo of the state police to several springs in the Aguadilla hills community, which were being used by hundreds (in some places, up to a thousand) people daily after Hurricane Maria hit. The state police staff and their families, were also using this source of drinking water, so Captain Morales was concerned not only for public health in general but for the safety of his officers and relatives! Two of the sites they sampled with the state police tested relatively clean, but two others showed extremely high levels of fecal bacteria.  This is the type of information the community needs in order to know which water to avoid to keep from getting sick and where filters should be installed, and the Chapter is asking for information from people to know where they are getting their drinking water from so it can be analyzed. 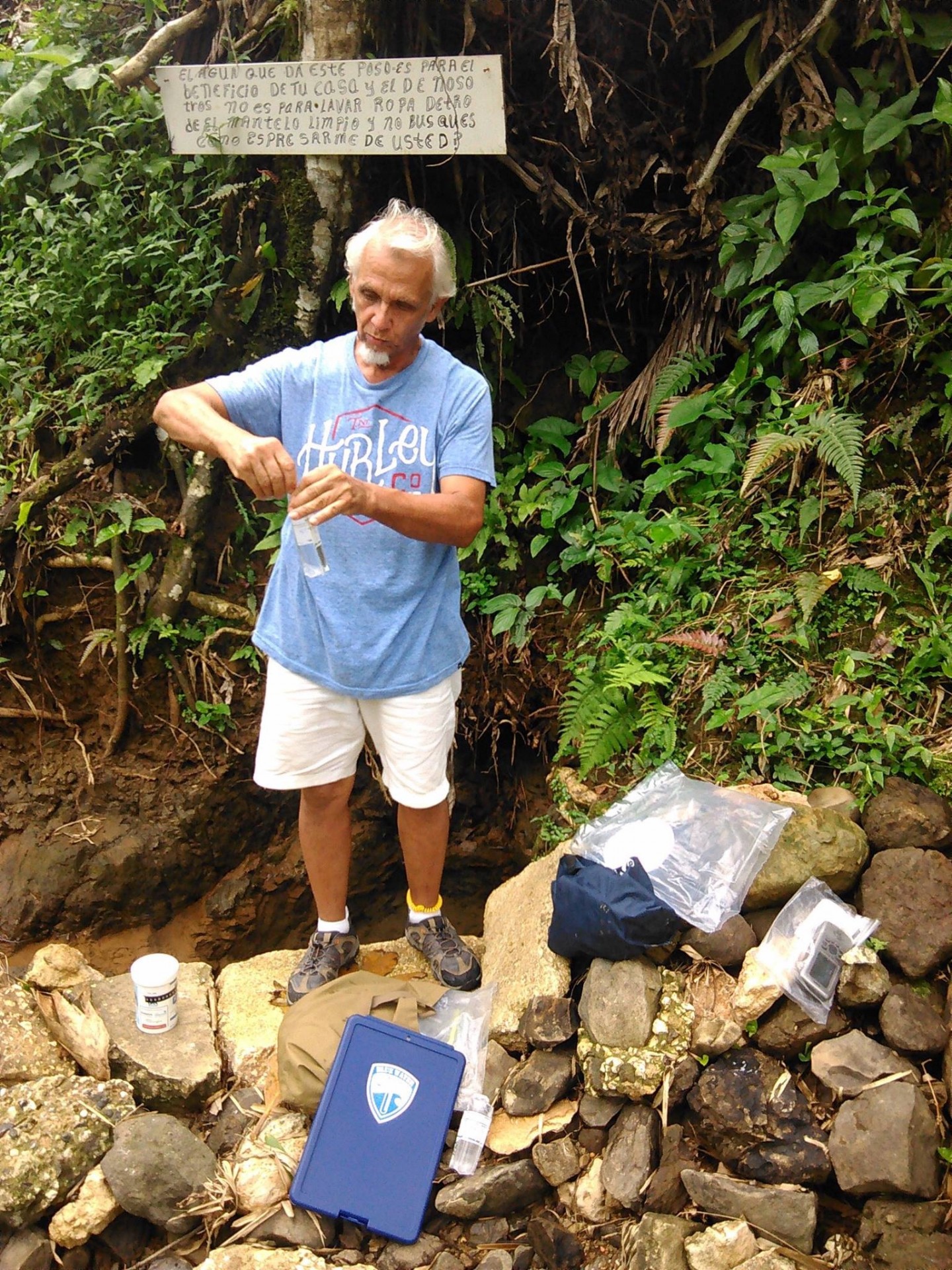 Surfrider’s grassroots network of chapter volunteers has a long history of identifying threats to clean water and successfully advocating for local authorities to acknowledge those threats and taking action to solve water pollution problems. There are many examples throughout the Blue Water Task Force program of chapters testing beaches that are not covered by local beach programs, convincing authorities to post warning signs when contaminated water threatens public health, and bringing together diverse stakeholders to find and fix sources of beach and water pollution.  The effort underway in Rincón raises the bar completely for a small group of volunteers taking charge to protect public health and clean water, and their effort has not gone unnoticed throughout the network as chapters from NY to Hawaii who know how expensive it can be to run water testing programs, have helped fundraise to support this program.  Thank you to our amazing volunteers and leaders throughout Surfrider’s network.

In the often quoted words of Margaret Mead - “Never doubt that a small group of thoughtful, committed citizens can change the world; indeed, it's the only thing that ever has.” 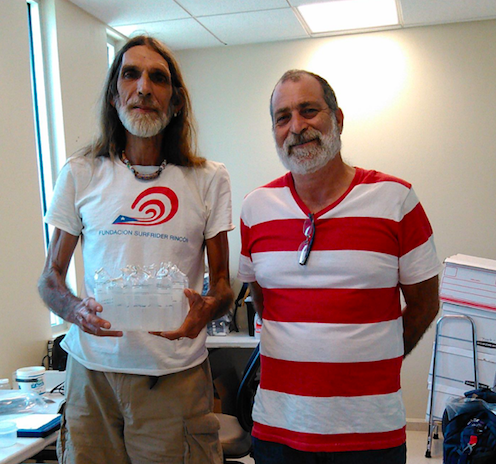