The Rincon Chapter’s Blue Water Task Force program tests the water quality at beaches in the NW corner of Puerto Rico and in the rivers and seasonal streams that carry stormwater and pollutants down to these beaches. In the past decade the chapter has involved hundreds of Surfrider volunteers, local students and community members in their water testing program.  They put forth a massive volunteer effort, running over 1000 water tests during each of the last two years and providing vital information on the safety and health of local waters in areas where there is not much water quality data available otherwise.

The Rincon Chapter also aggressively promotes their data to inform beach-goers, community members, and local & federal officials of the local water pollution problems that their monitoring program is measuring. Rincon’s BWTF water quality data is also impressively hosted on the Caribbean Regional Association for Coastal Ocean Observing (CARICOOS) website and is freely available to a wider scientific audience through long-term collaborations with academic and research communities. The chapter’s efforts to share the results and lessons learned from their water testing program both inform people on where it is safe to get into the water and works to build the junction of community awareness, technical ability and political will needed to find and fix local sources of pollution.

The chapter’s efforts really paid off this past week when an inspector from the regional EPA office that services the USVI and Puerto Rico came to investigate some suspected sewage issues that were reported by the Rincon Chapter and Ridge to Reefs, a national non-profit that has been working locally to assist the Rincon BWTF in performing watershed studies and identifying sources of pollution. 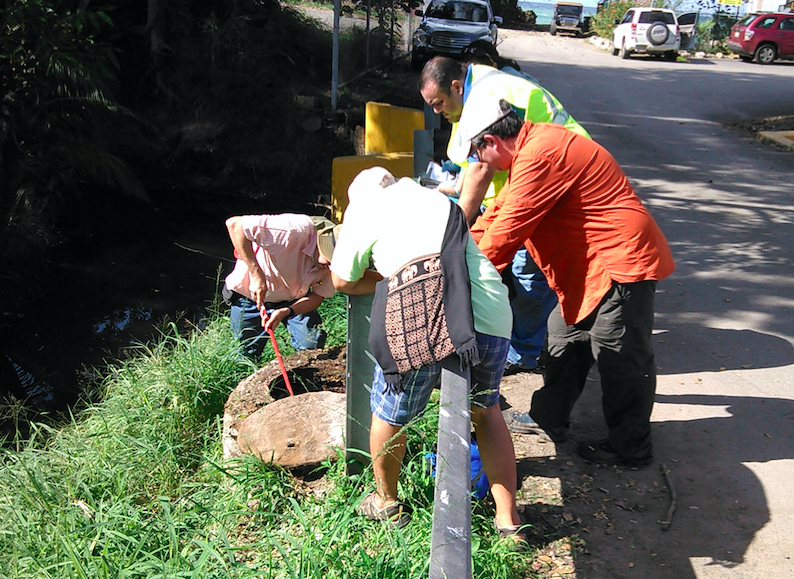 The EPA Inspector, Surfrider and Ridge to Reefs were joined in the field by  members of the Puerto Rico Aqueduct and Sewer Authority (PRASA) to perform a visual inspection of the lower reach of the Caño Pepito area, an intermittent stream that occasionally discharges 200m south of the municipal public beach (balneario) and immediately north of a residential swimming area . Two sewer manholes that were opened in the area were blocked, one by a petrified grease blob and the other with plastic that mostly seemed to be baby wipes.   Clean Water Tip #1: Don’t flush grease, wipes, chemicals or any other product down the drain or toilet that will pollute the water or cause infrastructure problems! 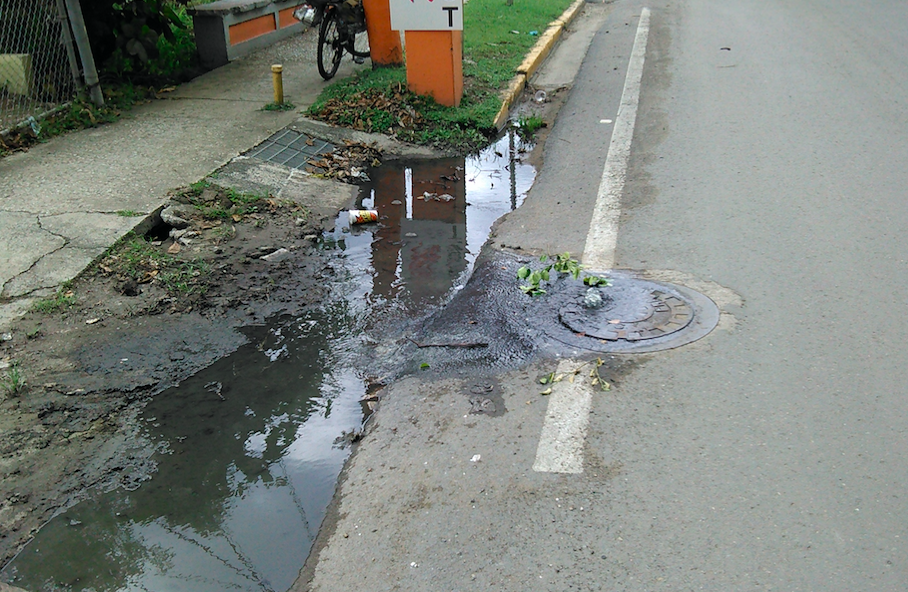 Another manhole was also discovered that had almost completely failed due to age, lack of maintenance and having been sealed sometime in the past with cement (probably to block the smell). Clean Water Tip #2:  Don't ever block a manhole on purpose.  It can cause several major problems, including a build-up of dangerous and potentially explosive gases! This location now needs extensive cleaning and repair.

The sewage pumping sub-station at the adjacent Playa Lala was also inspected, which revealed their back up systems might have been incapable of handling  flow problems associated with power failures, storms,  and emergencies, so work orders are in place to repair these systems. 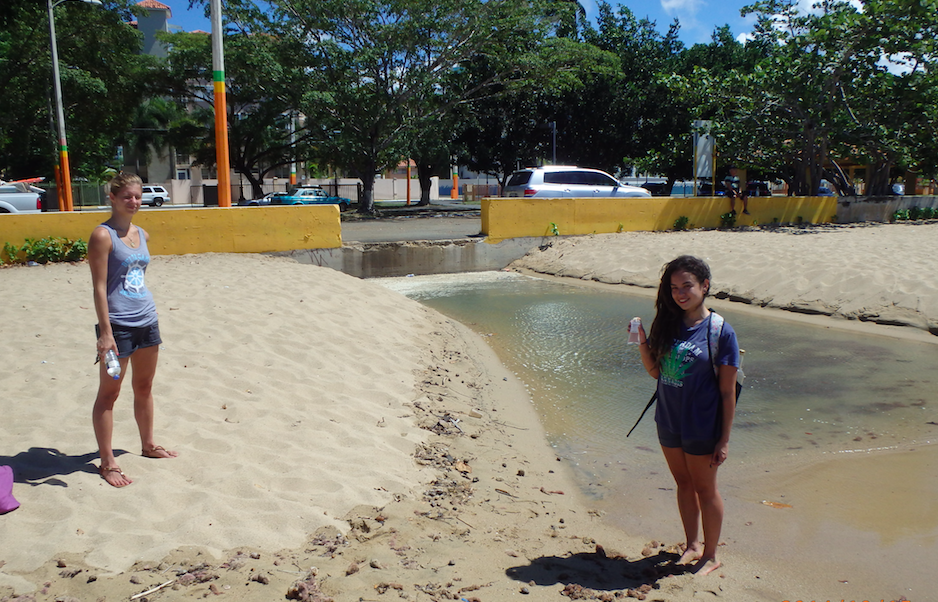 The Chapter also took advantage of the opportunity of having staff from both EPA and PRASA together clarify what is needed to submit an actionable report of sewage failures so that the responsible agencies respond to resolve the issues with the least delay.  Given the current and proposed budget, staffing and administrative restraints that both the regional EPA office and the PR Sewage Authority are under (there are only 3 EPA sewage inspectors for all of PR and the USVI combined), the ability of the community to generate actionable reports to get the agencies attention to fix the problems is one of the few ways public health and environmental protection is going to be maintained to any effective degree.

In the meantime, the Chapter will keep up their efforts monitoring local beaches and freshwater sources and notifying the public when they find problems.  View a map of the 20+ sites the chapter tests on a weekly basis and view their results on the BWTF website.

This case study from Rincon, Puerto Rico is a perfect example of how Surfrider Chapters are engaging with their local and regional authorities to enforce EPA programs and regulations meant to protect clean water.  Surfrider volunteers are not only demanding that the government agencies do their jobs to protect the environment but they are rolling up their sleeves and putting on their boots to help identify and fix the sources of pollution in their communities.  It also demonstrates that, despite promises being made by the current Administration to reduce the agency’s authority and staffing, the Environmental Protection Agency needs more federal support – more resources, staff and funding – in order to meet its mission of protecting public health and the environment, not less.  To learn more, visit Surfrider’s Save the EPA campaign page.