At the California Coastal Commission’s October hearing in Chula Vista, Southern California Edison was granted a permit to decommission the San Onofre Nuclear Generation Station. In other words, those iconic concrete domes visible from the I-5 will soon cease to be – or rather, will cease to be sometime in the next ten years according to Edison’s estimates of the project timeline. Edison will move forward with decontaminating and removing most of the structures on site. The plant has not operated since 2013 and the radioactive waste currently located in the cooling pools is on its way to a dry storage facility on the north side of the plant.

Unfortunately, what will remain on this coastal site is the radioactive waste, 3.6 million pounds of it. This permit only dealt with deconstructing the infrastructure, not with the waste storage – the Coastal Commission approved the transfer and storage of waste back in 2015. In an update posted on September 19, Edison reported that 33 canisters out of 73 are now loaded with spent nuclear fuel and placed into the dry storage system. Edison is about halfway done moving the spent fuel from wet storage within the cooling pools to dry storage. Now that it’s cool enough, transferring the spent fuel to dry storage is the safest available place for it to be.

Surfrider representatives testified at the hearing, asking the Coastal Commission to require additional safety measures be put in place before the decommissioning activities move forward. Surfrider requested that the Coastal Commission include a special condition in the permit that would ensure Edison delay the dismantling of the spent fuel pool island cooling system, which is needed for storing irradiated fuel in the spent fuel pool, until there is an alternate mechanism for repairing a failing canister. At present, the cooling pools would be the only way to repackage spent fuel in the event of a damaged canister. Unfortunately, Commissioners did not address this issue and the request was not incorporated into the final permit.

Edison did indicate that they have a canister repair mechanism in progress, but failed to guarantee that it would be complete before the cooling pools are dismantled. Edison unveiled a tool at the hearing that they are working on to repair a potentially failing canister. Specifically, Edison has developed robotics capable of applying a metallic overlay through a supersonic spray that could repair a potential through-wall crack. However, this does not solve the issue of being able to repackage the waste into a new canister should the need arise and does not ensure transportability as the repair mechanism is not yet appproved by the Nuclear Regulatory Commission (NRC). Here's an image of the robot from a video that Edison played at the hearing: 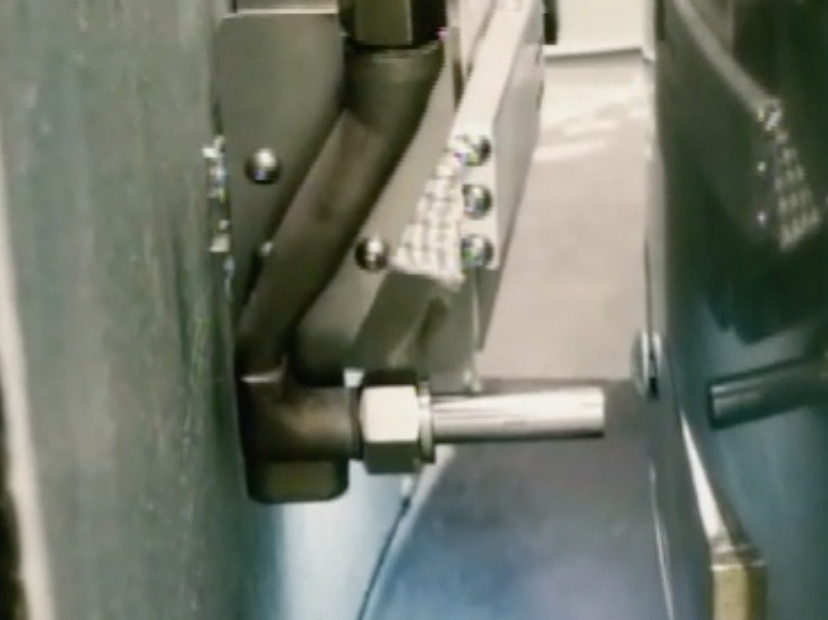 While the storage of nuclear waste was not a topic of this permit, it was discussed at length due to a number of groups and individuals voicing concerns about transferring the waste out of the cooling pools and into dry storage. Concerned community members also raised questions about the integrity of the equipment Edison was using to contain the waste. In response to a question by Commissioner Donne Brownsey, NRC representative affirmed that the canisters Edison has been using to store the waste are currently transportable for when offsite consolidated or permanent storage becomes available – including with the scratches that resulted from the August 2018 downloading event.

Surfrider remains strongly opposed to permanent or long-term storage of radioactive waste at the deactivated San Onofre Nuclear Generating Station (SONGS) due to its proximity to the coastline, susceptibility to geological instability and location within a densely populated area. Nearly 8 million people reside in the vicinity, and it is directly adjacent to one of the United States’ busiest highways. Surfrider is actively engaged in advocating to remove the waste as quickly as possible to a federally approved, geologically secure, consent based permanent repository within a specific timeline.

Take action today to tell Congress to get the waste off the beach!