A surfboard is traveling from San Diego to Seattle as a symbol of opposition to offshore drilling. Local businesses are signing the board to ask federal leaders to protect our coastal recreation and tourism industries.

The surfboard is back! In 2015, a wooden surfboard traveled from Miami, Florida to Washington D.C. to demonstrate business opposition to offshore oil drilling. Shortly after its presentation to White House officials in February, 2016, the Obama administration canceled plans for oil and gas development in the Atlantic Ocean.

Now, with the Trump administration proposing offshore drilling in the Pacific (and virtually everywhere else), Surfrider has launched a similar project on the West Coast. The goal: to mobilize businesses to speak out against plans for new offshore oil rigs. Ocean recreation and tourism on the West Coast generates over $23 billion for our nation’s economy every year. These industries depend upon a clean coastal environment and simply can’t afford the risks and impacts of offshore drilling. 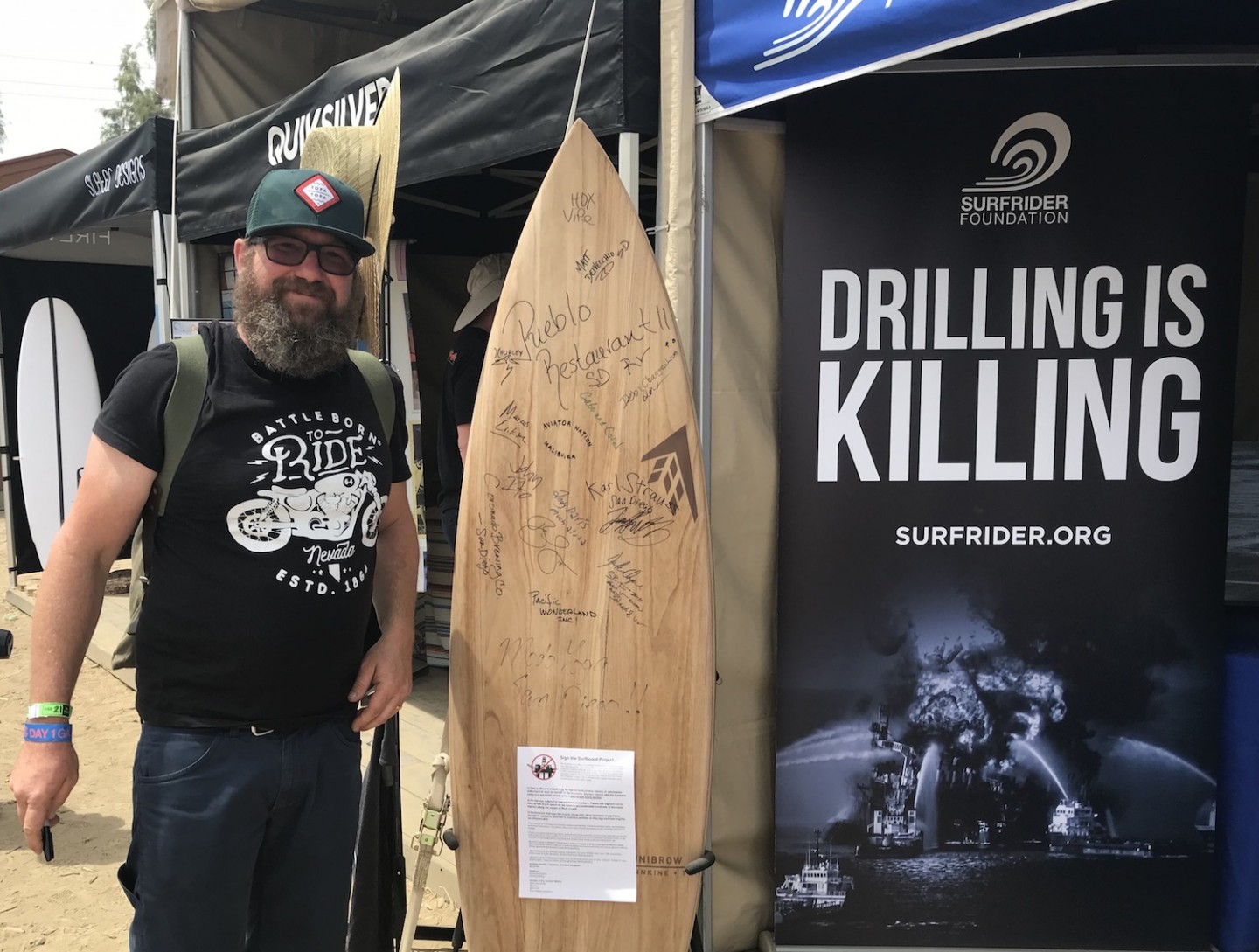 The Sign the Surfboard project officially launched in San Diego last month with support from the San Diego Chapter and local partners. Among the first businesses to sign the board were Coronado Brewing Company, Cabo and Coral, Duck Foot Brewery, and Modo Yoga San Diego, Since then, the donated Firewire surfboard has gathered signatures from a variety of businesses, including Hurley and other global brands eager to support the campaign. On May 3rd, Hurley partnered with Surfrider to host an awareness event about offshore drilling at its flagship store in Huntington Beach. 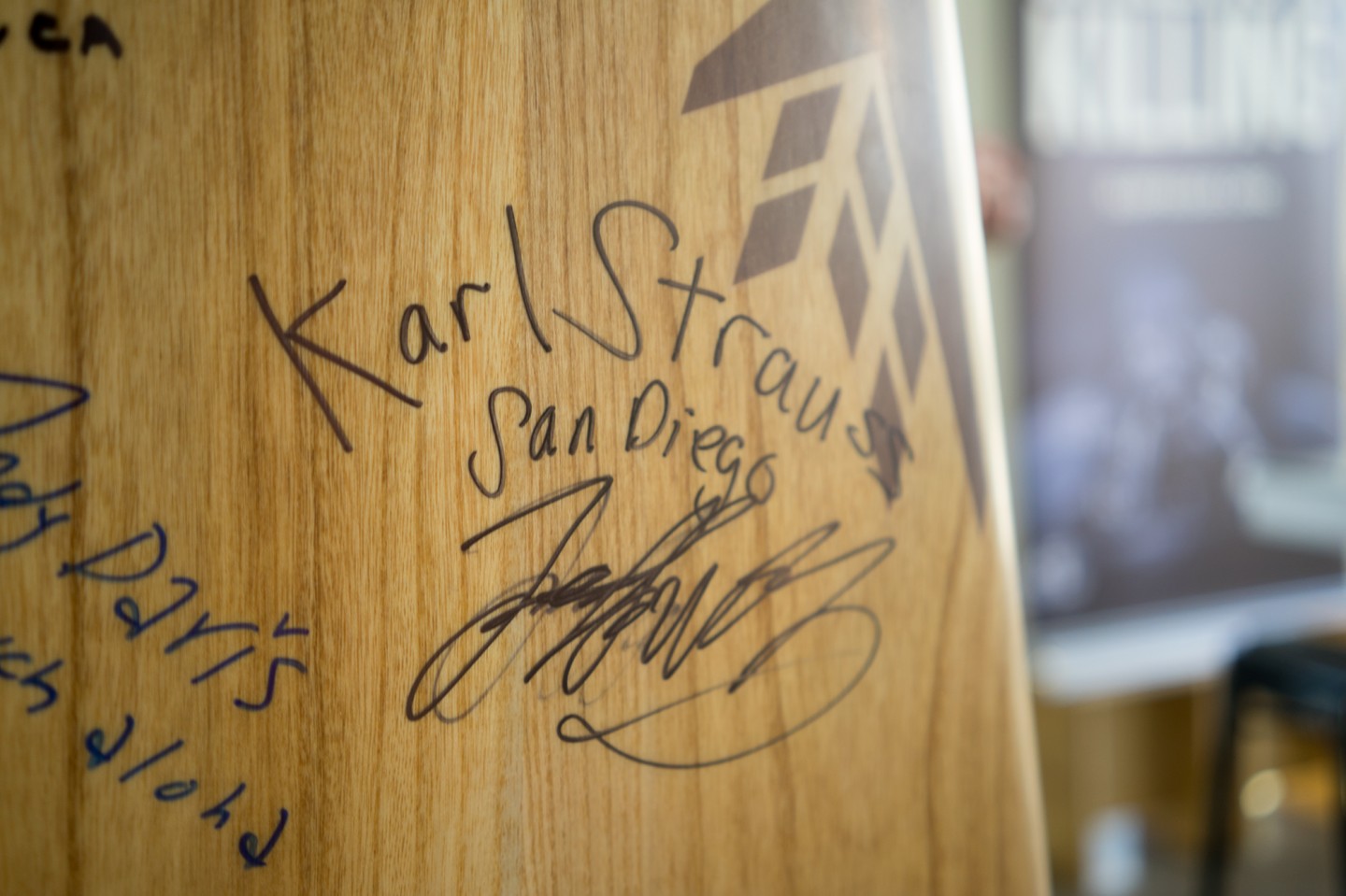 “The coastal recreation industry on the West Coast employs millions of people and generates billions of dollars for communities and the nation as a whole. Plans for offshore drilling put all of this at risk,” said Evan Slater, Sr. Director Brand Communications at Hurley. “We simply can’t afford the negative impacts of oil and gas development off our coasts.” 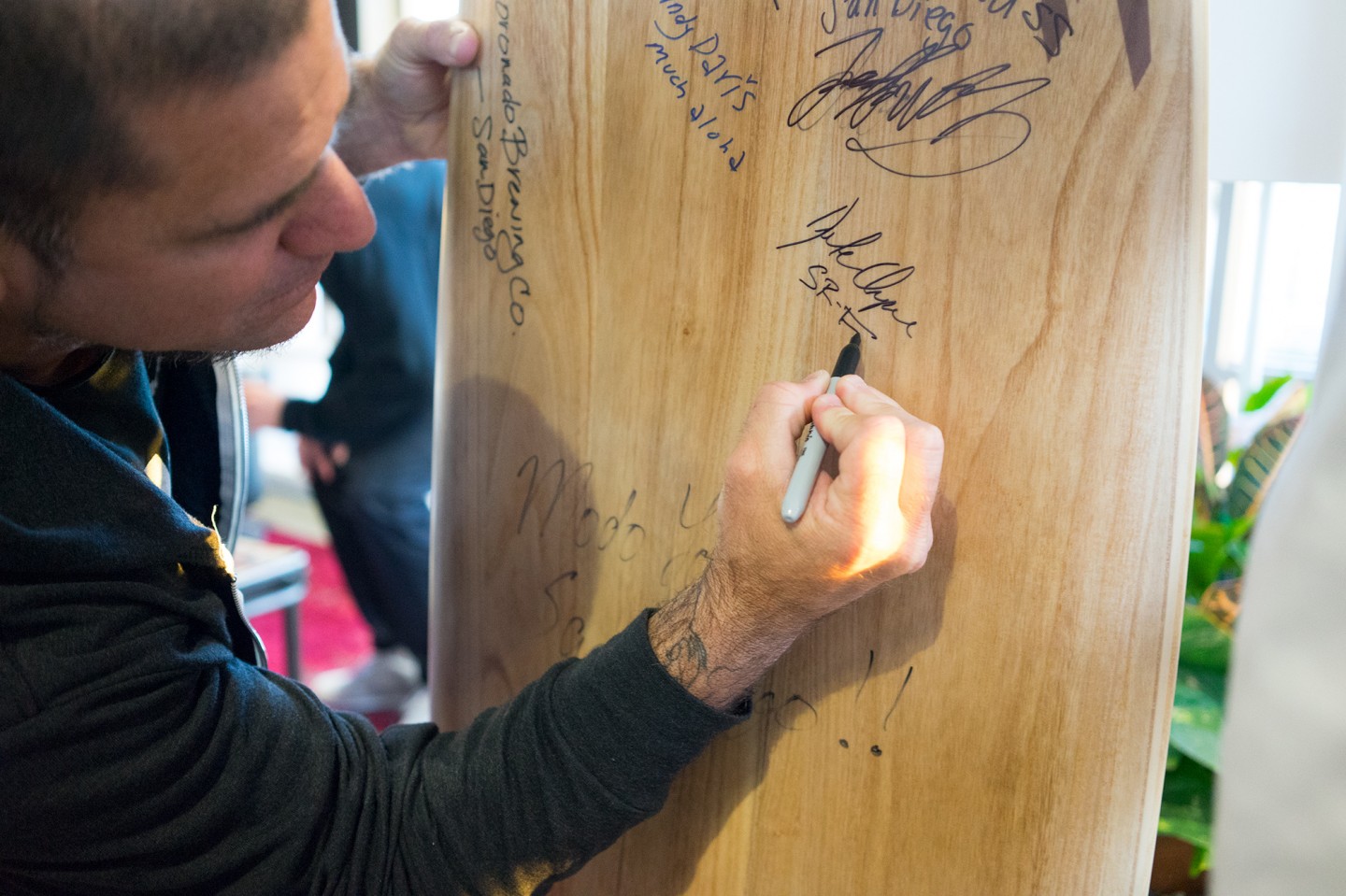 In the coming weeks the surfboard will travel through Orange County, Los Angeles, and Ventura, visiting local Surfrider chapters and businesses along the way. All businesses that sign the board automatically join the Business Alliance for Protecting the Pacific Coast (BAPPC), which includes over a thousand West Coast companies from industries such as recreation, tourism, fishing, and real estate that are opposed to offshore drilling off the Pacific coast. 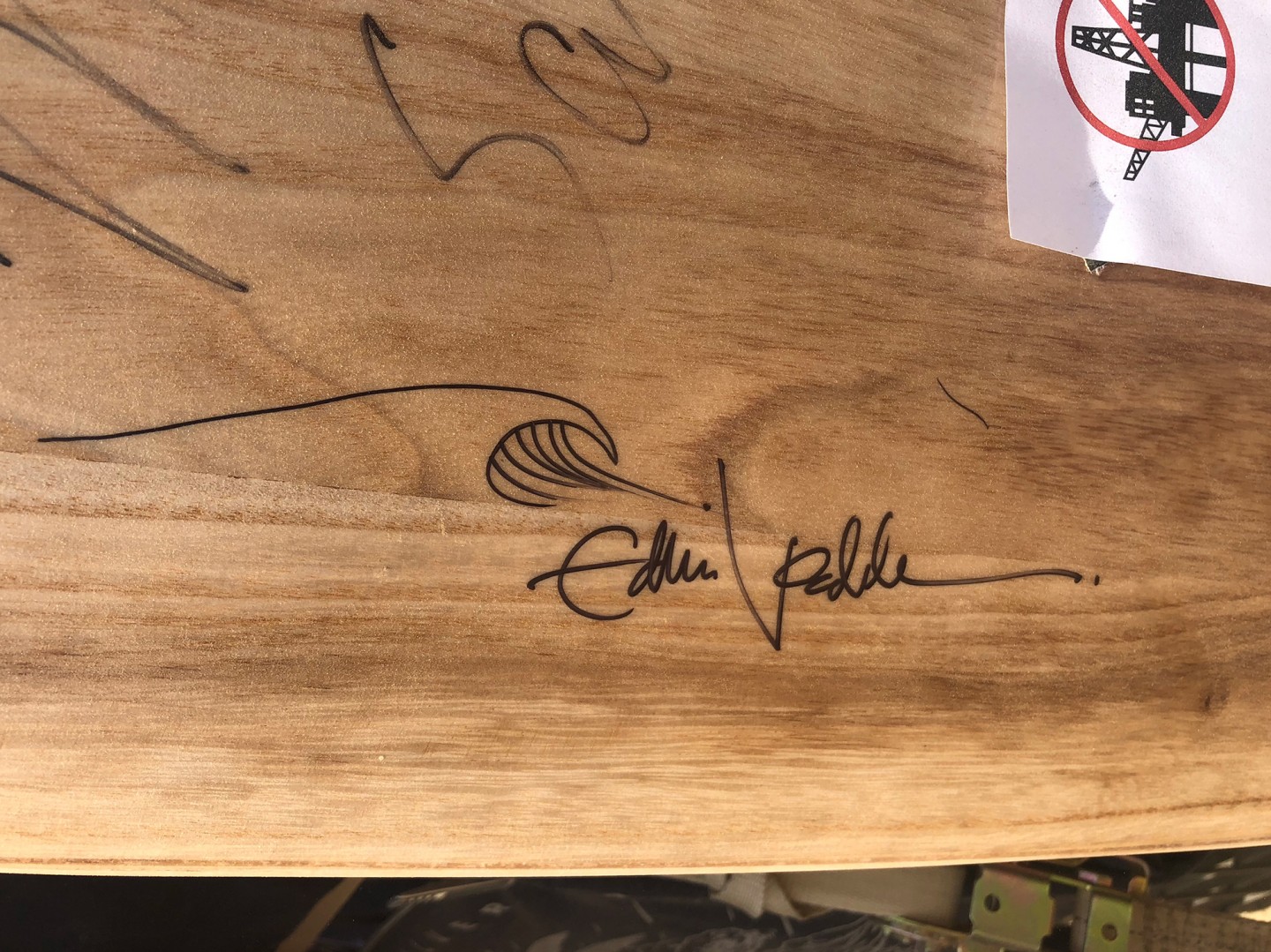 Surfrider representatives and recreation industry leaders will present the surfboard to the White House and the U.S. Department of the Interior in early 2019 as a symbol of opposition to the Draft Proposed Program for Oil and Gas Outer Continental Shelf Leasing Program.

Are you a business opposed to offshore drilling? Then please “virtually” sign the surfboard by adding your name to our business petition.