Southeast Chapters Head to Capital Cities to Say No Way to New Drilling!

From Maine to Florida, California to Washington State, and almost all of Alaska - no US coastal waters are safe from the impacts of offshore oil drilling if this plan gets approved. The likelihood for yet another spill is just too high to risk our coastal economies, beach vacations, marine wildlife, and pristine coastlines. This is especially true for the quaint coastal communities of America’s Southeast. Hundreds of concerned coastal community members from the Carolinas and Georgia rallied during BOEM public meetings in opposition to this dreadful plan.

BOEM held its only North Carolina (NC) informational meeting on the Trump administration’s proposed offshore drilling plan – away from the coast – in Raleigh on February 26. Try as it might, this did not keep coastal voices away; instead it fired them up to skip work, pile on buses and stand out in the rain chanting in opposition to the risky, dangerous, obsolescent plan that could destroy our coastal economies and threaten our way-of-life.

About 500 people crowded a hotel ballroom near the BOEM meeting, including more than 200 coastal residents who boarded buses chartered by the Don’t Drill NC Coalition, a partnership of 13 environmental organizations in NC, of which Surfrider Cape Fear Chapter and Surfrider Outer Banks Chapter are members. 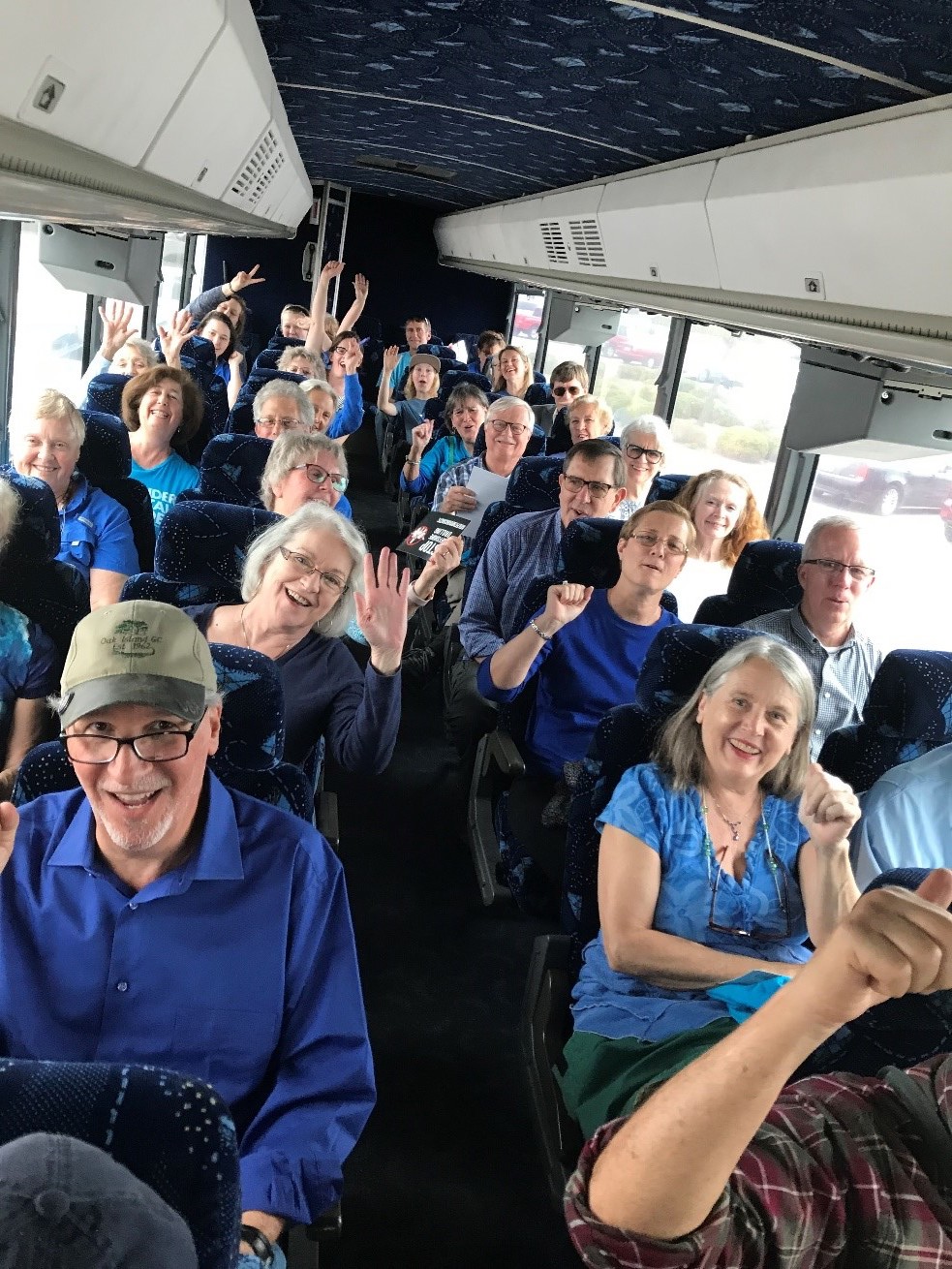 Coastal residents on one of the buses that left from the coastal town of Wilmington, NC. They were asked to wear blue to represent the coast.

The Don’t Drill NC Coalition secured a diverse line-up of speakers for the “Rally to Raleigh,” including Representative Deb Butler, whose district includes the Wilmington area beaches. “One drop of oil on our shores will cost us millions of dollars in revenue, but more importantly it would cost us a way-of-life that money cannot buy . . . no deal, no drill, not now, not ever,” she declared to the affirming crowd.

Other speakers included the mayor of Kill Devil Hills, Dare County Commission Chair, the executive director of the Outer Banks Visitor’s Bureau, a commercial fisherman, a pastor from Durham, and a restaurant owner from Rodanthe whose family business would be obliterated by an oil spill. 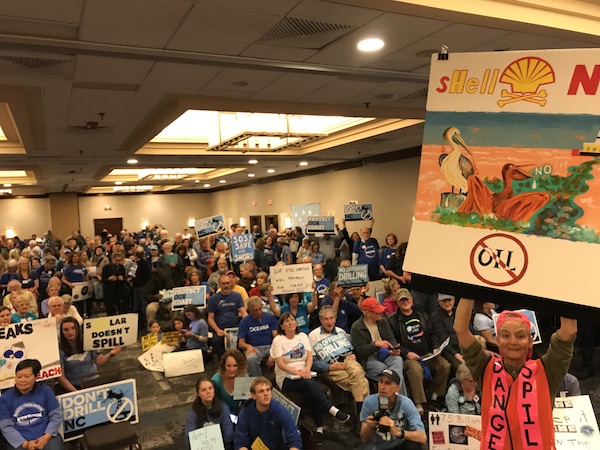 About 500 attended the Rally to Raleigh, including more than 200 from buses chartered by Surfrider Cape Fear and Surfrider Outer Banks along with 11 other partners from the Don’t Drill NC Coalition.

A highlight for the crowd was the appearance by NC Department of Environmental Quality Secretary Michael Regan, who proclaimed, “We’re here standing shoulder-to-shoulder with each and every one of you, letting you know that their plan is not OK with North Carolina. . . you have brought it to them and we thank for you standing up to them.”

Georgia Residents Take a Stand Against New Drilling: Not Worth the Risk

The BOEM public meeting for Georgia occurred in Atlanta on February 28, 2018. Since there was no opportunity for public comments, Surfrider Foundation Georgia, together with other environmental groups, organized an opposition room. This allowed the public to obtain information related to opposing offshore drilling while also attending the public meeting. Key speakers included Georgia Senator Lester Jackson and Rep. Carl Gilliard, who both shared their passion for protecting Georgia's coast. 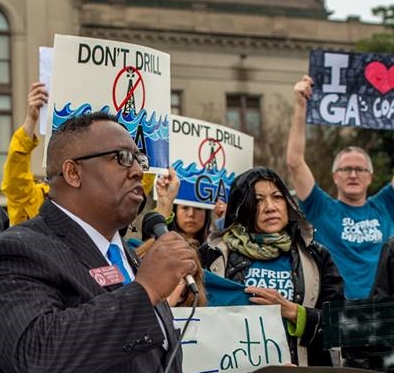 For instance, in Georgia, drilling threatens over 23,000 jobs and roughly $1.3 billion gross domestic product, for only one day’s-worth of oil and one day’s-worth of gas. The State of Georgia is also home to the Gray’s Reef National Marine Sanctuary (“Gray’s Reef”), a treasured resource home to the endangered North Atlantic right whale’s calving ground, loggerhead turtles, and over 200 identified fish species.

You Can Help Protect Our Coasts from Dirty Drilling!

The BOEM Draft Proposed Program comment period has ended, but the next version of the drilling plan should come out later this fall. Please stay tuned on opportunities to submit formal comments against new offshore drilling. In the meantime, here are ways you can help protect our coasts: