Last Friday, the Surfrider Foundation filed a “Notice of Intent to Appeal” the Tillamook County Board of Commissioners’ Final Decision to approve an exception to statewide law to allow for shoreline armoring.  The Surfrider Foundation’s Three Capes Chapter as part of an ongoing campaign is challenging Tillamook County’s approval of beachfront property owners’ request to install an 880-foot beachfront protective structure (rip rap revetment) on an active foredune. The approval grants an exception to Oregon’s Land Use Planning Goal 18 – a statewide law aimed at protecting Oregon’s beaches and dunes by prohibiting the construction of shoreline armoring such as riprap on properties developed after 1977.

The appeal will go to the Oregon Land Use Board of Appeals on behalf of both Surfrider and the Oregon Shores Conservation Coalition, represented by Crag Law Center. According to our pro-bono counsel Anuradha Sawkar at Crag Law Center: “Despite the wishes of concerned community members and groups  like Oregon Shores and Surfrider, the County approved an exception to Goal 18 which will allow riprap on a relatively natural area of the Oregon shore. By approving these applications, the County is demonstrating a preference to protect private development over the protection of the public's access to the beach and the future health of Oregon's coastal ecosystem.”

Unfortunately, the County chose to support the interests of a handful of property owners over a statewide policy that protects Oregon’s beaches and dunes for everyone.   Despite evidence to the contrary, the County wrongly disregarded impacts from the project, including the loss of dune habitat and loss of beach access, that will negatively impact the public and the coastal ecosystem. The beach that will be impacted by the project is an important recreational area, serving surfers, beachgoers and thousands of campers annually from adjacent Camp Magruder as well as the Barview Jetty Campground.

Surfrider Foundation’s beach preservation policy recognizes that beaches are a public resource and should be held in the public trust. Due to their impacts on beaches, public recreation  and coastal ecosystems, sea walls and similar stabilization devices are not consistent with our mission for protection, conservation of and access to coastal resources. In areas where erosion threatens existing coastal development, the Surfrider Foundation advocates appropriate long-term solutions that maximize public benefit. Under no circumstances does the Surfrider Foundation support the installation of stabilization or sand retention structures along the coastline. 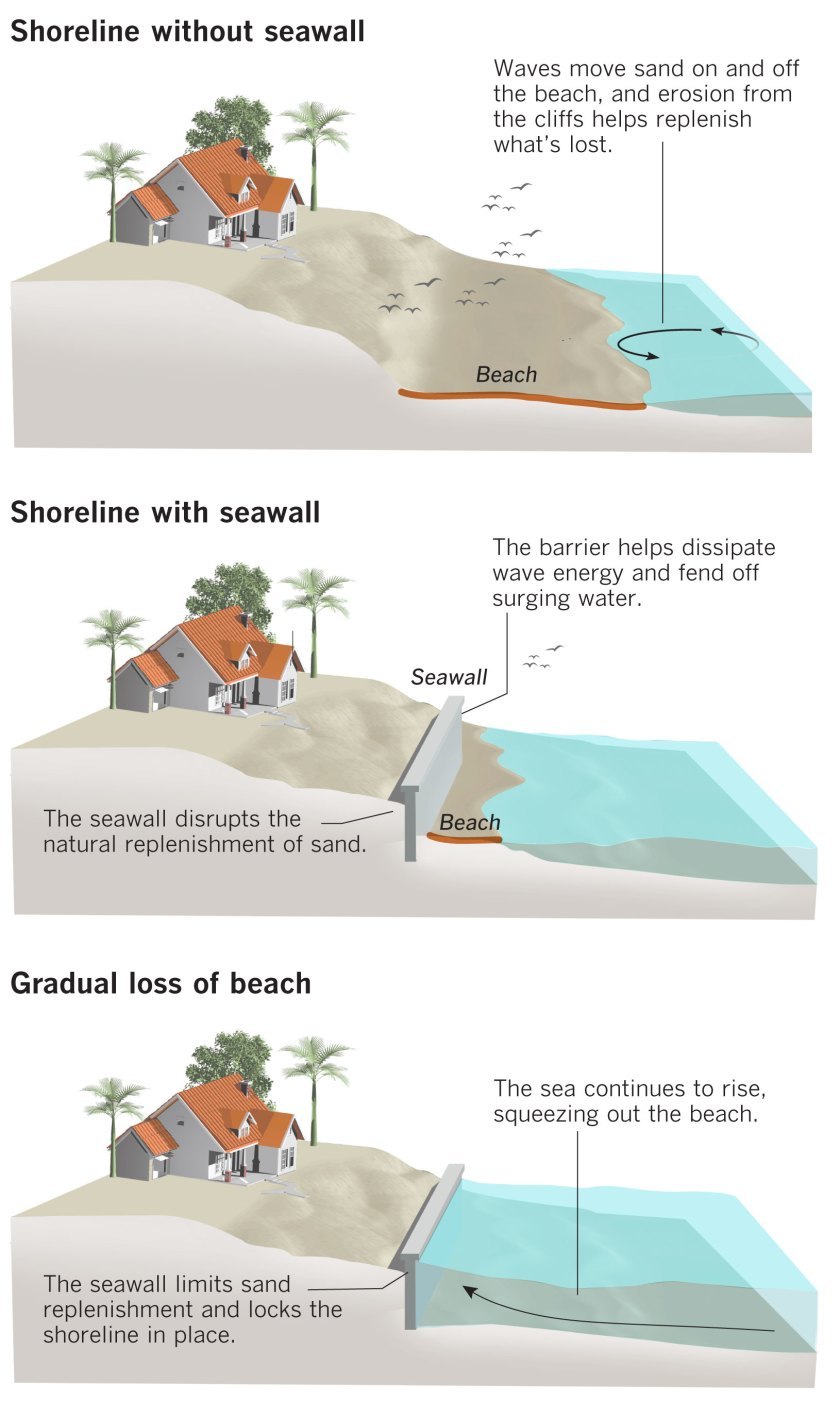 This appeal is an important test for the statewide goal exception process as it pertains to shoreline stabilization approvals. The applicant is essentially asking Oregon to make an exception to state law protecting public beaches to allow for the taking of public property to protect private property. Coastal property owners and developers all along the Oregon coast will be watching this case and will be eager to apply for their own Goal 18 exceptions should the County approval stand.

Surfrider advocates for a more holistic approach to adapting to sea level rise, such as living shorelines, rather than the current piecemeal approach. Beyond the threat to public beaches and Statewide Planning Goal 18 that the case presents, Surfrider and partners recognize the case may also be a catalyst for a more holistic approach at the state level.

Visit the Three Capes Chapter website to support them in this appeal or sign up to volunteer.