This is how we will make our voice heard! On February 15-16th, nearly a hundred Surfrider members and recreation industry leaders will visit Washington D.C. to advocate for our nation’s ocean, waves, and beaches. Participants will meet with congressional offices and agency leaders in support of Surfrider’s federal priorities. Key issues for the Hill Day include opposing offshore drilling, funding clean water programs, reducing plastic pollution, and promoting coastal resilience.

Over the past year, the Trump administration and members of congress have proposed a number of policies that would damage our ocean, coastal environment and related recreational opportunities. These include plans to expand offshore drilling to nearly every U.S. coastline, roll back the Clean Water Act and other environmental safeguards, and reduce the size and protection of national sanctuaries and monuments.

The Surfrider Foundation views these actions as a direct threat to our ability to safely recreate on coastal lands and waters. These federal proposals also threaten our nation’s ocean recreation and tourism economy valued at over $107 billion. That’s why Surfrider members and supporters from almost every coastal state are heading to Washington D.C. It’s time that our federal leaders speak with the constituents directly affected by their decisions.

Attendees will encourage ocean champions in Congress to keep fighting, and to convince other senators and representatives to support legislation that protects clean water, healthy beaches, public health, and coastal economies. Meetings have been scheduled with the Bureau of Ocean Energy Management, Department of Interior, state senators, and representatives from across the nation.

Our delegation will present federal representatives with a surfboard signed by over 1,000 coastal businesses and elected officials against offshore drilling. This Sign the Surfboard Project was completed during the last draft proposed offshore oil drilling plan, just two years ago. These same communities are now threatened again by the current proposal.

Please RSVP to Katie Day, kday@surfrider.org, if you would like to attend! 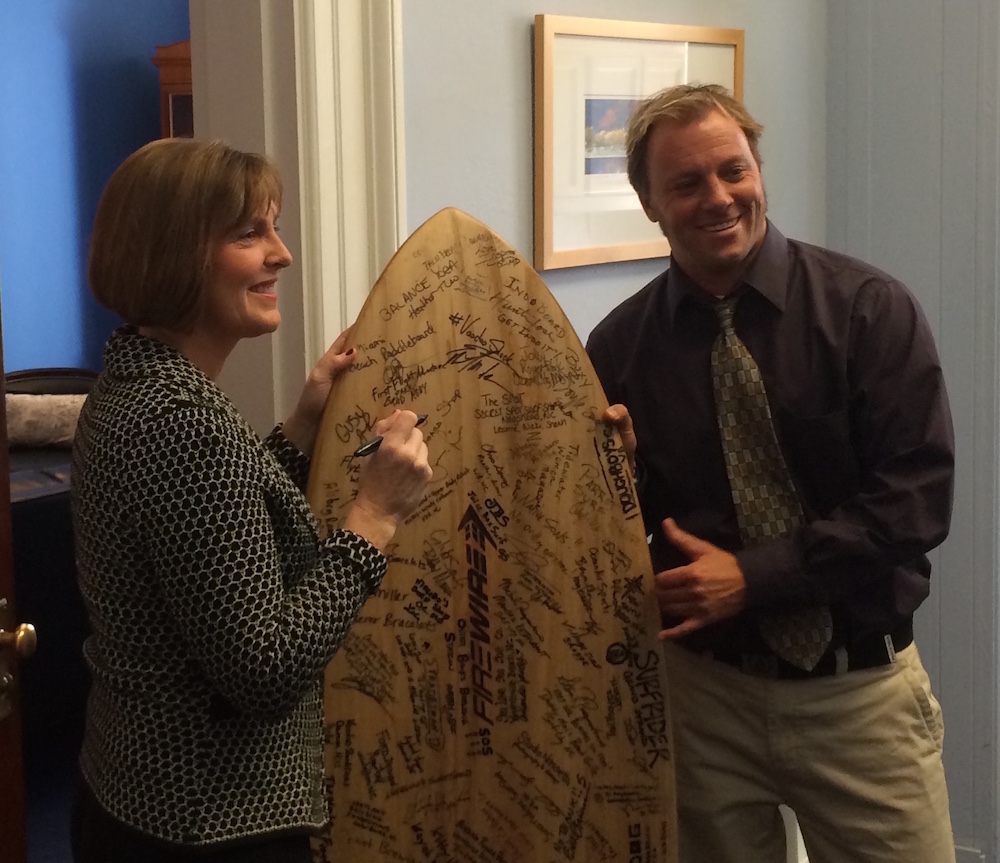