Martin's Beach in Half Moon Bay, California, is a beautiful stretch of sandy beach that has been enjoyed by locals and visitors for generations.  This crescent-shaped beach is surrounded by high cliffs on either side and has one main road for ingress and egress.  Unfortunately, after a sale to a new property owner in 2008, the road was eventually gated and signs were put up in an effort to make the beach private. The closure of Martin's Beach was a travesty to the locals that would visit the popular beach on a regular basis and to the visitors that would sometimes drive hours to spend the day at this special spot.  Martin's Beach was a site for not only surfing, but also fishing, picknicking, and enjoying the beautiful coastal scenary and sea life.  This was a spot where granddaughters learned how to smelt fish with their grandfathers, birthdays were celebrated, and surf classes were taught.  However, the chances for future generations to make memories at Martin's Beach were brought to an abrupt halt when the locked gates and signs were erected at the entrance to the beach road.  This is why Surfrider Foundation started the Open Martin's Beach campaign and why we filed suit on March 12th, 2013. 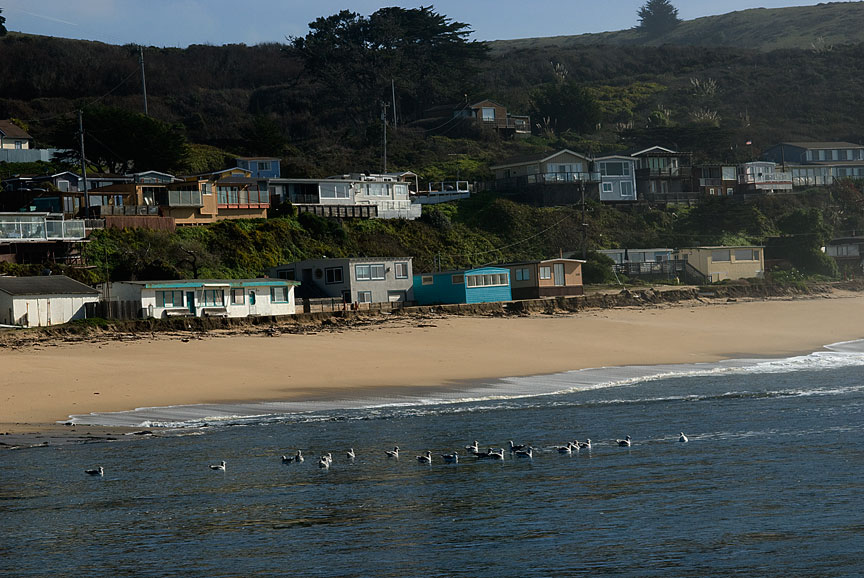 Beach access is sacred in California, and Surfrider Foundation refuses to step aside and let this great right disappear. Surfrider Foundation has worked diligently to open Martin's Beach since 2010, including through advocacy to the Board of Supervisors in San Mateo County, working with the area's U.S. Representative in Congress, and through dozens of letters and in person testimony to the Coastal Commission on this issue.  At a previous Coastal Commission hearing, former Executive Director of the Commission, Peter Douglas, was moved by the public testimony on the issue and commented that he agreed that the closure of the beach access was a signficant issue that the Commission would act upon.  However, after over two years, the locked gates and restrictive signage remained. Since our group and the local community did not make the headway we needed with public outreach and administrative advocacy, Surfrider decided it was time to sue.

In the Surfrider Foundation Complaint filed yesterday, Surfrider Foundation cites the violations of the beach access protections of the California Coastal Act.  Specifically, the property owner cannot add new development or change the intensity of use of coastal land without a Coastal Development Permit.  The development here comes in the form of new gates, new signage and even the use of armed guards to deter public access.  The Surfrider Complaint cites the Public Resource Code section 30001 regarding proteciton of the coast for the public: “The California coast is a distinct and valuable natural resource of vital and enduring interest to all people…”  Furthermore, an entire article of the Coastal Act is devoted to public beach access protections in Chapter 3, Article 2 (Public Resources Code section 30210 et seq).

In an added twist to this tale of a fight for public rights, several media stories have reported that the property owner is billionaire “green” venture capitalist and founder of Sun Microsystems, Vinod Khosla.  The formal owner of the property on paper is Martins Beach I and II, as is listed as the Defendant in the case.

Throughout this enduring and multi-faceted campaign, and now with the new litigation filing, our organization is merely asking for the long-cherished right to access the beach, as is protected by the laws of the state of California.