After another year of intense climate change impacts, Surfrider’s 2021 State of the Beach Report results revealed that 67% of coastal states assessed are performing at adequate to poor levels. The report grades 30 U.S. coastal and Great Lakes states, in addition to Puerto Rico, on how states manage their coastlines and are preparing for sea level rise.

Compared to previous years, the 5th annual State of the Beach Report features the greatest increase in state grades.  In previous years, our report found that 75% of states are not properly prepared to manage coastlines in light of sea level rise and extreme weather events.

Nine states improved grades in 2021 (DE, NC, HI, TX, GA, NJ, ME, MD, and CT). While California was previously the only state to receive an ‘A,’ Maine and Maryland elevated their efforts earning the top grade possible.

The State of the Beach Report serves as a tool to empower citizens to work with decision makers to ensure their local communities properly manage coastlines and plan for sea level rise. The report is also intended to provide a basis for decision-makers and agencies to develop proactive, long-term policy solutions, especially in the light of the climate crisis. Surfrider’s report indicates that not only do the majority of states need to make improvements, but they also require continued support and funding from the federal government.

Surfrider’s report finds that eleven states (up from eight states in the past) earned either a grade of ‘A’ or ‘B’ based on relevant criteria and are doing a ‘good or better’ job of protecting beaches. Out of 30 states, and territories assessed, 21 earned a grade of C or less and are doing an ‘adequate to poor’ job. These states tend to have less stringent policies regarding development in hazardous coastal zones, ineffective/nonexistent prohibitions on coastal armoring, poor sediment management, and lack sea level rise policies.

In 2021, nine states improved sea level rise planning efforts. While these new improvements are a step in the right direction, it will take a while (years in some states) to draft and implement new laws. As a result, some new policy improvements do not count toward the states’ grades this year. For example, while both New Jersey and Florida passed sea level rise legislation in the past few years, ‘rule-making’ for the policies, and creating resiliency plans, will take a significant amount of time before full adoption of the new laws.

Georgia had the biggest increase in its grade, going from an ‘F’ to a ‘C-.’ The state made significant improvements to respond to sea level rise planning by improving vulnerability studies, advancing adaptation strategies and working more closely with local governments.  Both Maryland and Maine increased their grades from a ‘B’ to an ‘A’ in 2021 by improving sediment management practices, protecting environmentally sensitive habitats and by advancing sea level rise adaptation measures.

In July 2021, Hawai’i became the only state in the nation to adopt a new law that requires sea level rise disclosures in a real estate transaction. Sea level rise disclosure will be critical in the future as sea levels continue to increase. While the law doesn't take effect until 2022, Hawaiʻi’s new legislation is precedent-setting, not only because it is the first law of its kind, but also because the legislation strikes an important balance between protecting both people's rights and coastal resources.

At the federal level, both the Biden administration and Congress have made progress to uphold climate policies rolled back during the Trump administration. For example, the Biden administration’s budget increased ‘coastal resilience funds' for NOAA. In addition, President Biden also issued a series of Executive Orders with a focus on: reducing Greenhouse gases, re-entering the Paris Agreement, pausing new offshore oil drilling, protecting 30% of U.S. land and water by 2030, improving environmental justice efforts and restoring protections for the Northeast Canyons and Seamounts Marine National Monument.

The House of Representatives also introduced the Ocean-Based Climate Solutions Act of 2021 that aims to: leverage the ocean in the fight against climate change by improving ocean protection, increasing Blue Carbon Ecosystems, promoting renewable offshore energy and helping communities to adapt to sea level rise. In Congress, there are an additional nine pieces of legislation that specifically focus on coastal and ocean implications of climate change.  A major improvement from the previous Congress and Administration.

As a result of the assessments and recommendations provided by Surfrider’s State of the Beach Report, it is critical local, state and federal governments must improve coastal management, and proactively plan for sea level rise in order to protect our ocean, waves and beaches for the future generations. 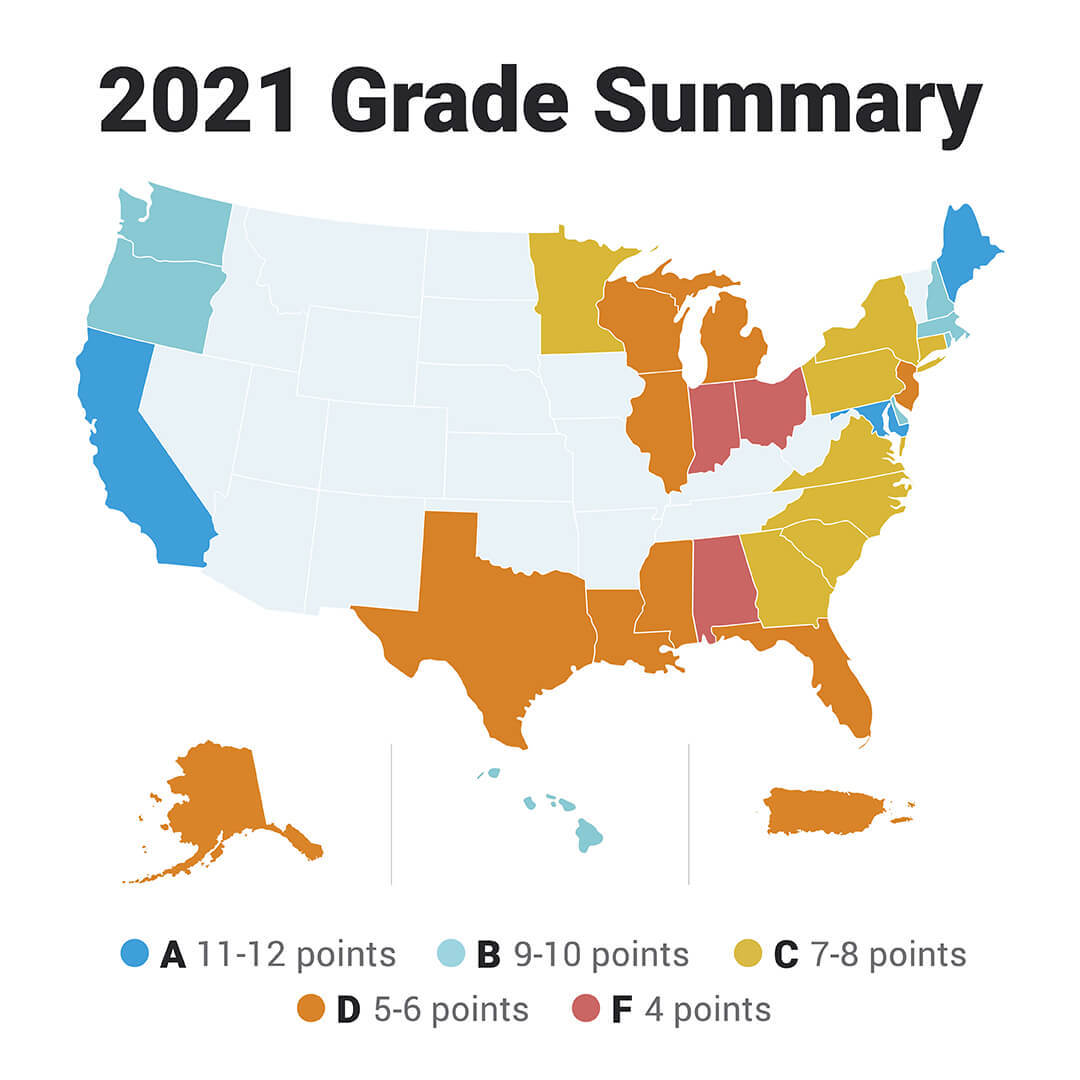