Surfrider is working to ensure legislation is passed to permanently fund the Land and Water Conservation Fund (LWCF). Recently, we hosted a few events to bring awareness to important legislation making its way through Congress. We invited representatives from Congressman Levin and Congressman Rouda offices to attend our events, as they are co-sponsors of LWCF legislation.

As mentioned in previous blogs, the LWCF helped establish many coastal playgrounds around the U.S and protect important resources. Using zero taxpayer dollars, the fund invests earnings from offshore oil and gas leasing to help strengthen communities, preserve our history and protect our national endowment of lands and waters. Every state and county in the nation has benefited from the Land and Water Conservation Fund, all without spending a single tax dollar.

Surfrider Foundation’s San Diego chapter recently hosted an event at Tijuana River National Estuarine Research Reserve to galvanize community support around the LWCF. We held the event in this area because the Tijuana Sloughs were established by the LWCF in 1965 and this  a coastal gem continues to receieve grants to fund recreational amenities, conserve precious habitat, and help extend public beaches up the coastline.

Community leaders and coastal advocates gathered to highlight the need to pass legislation to permanent fund this important program.  The event also highlighted the work of regional stakeholders who are trying to solve the border sewage crisis that is impacting Tijuana Sloughs. Special guests included Francine Busby from Congressman Levin’s office, Port Commissioner Castellanos and representatives from Imperial Beach. 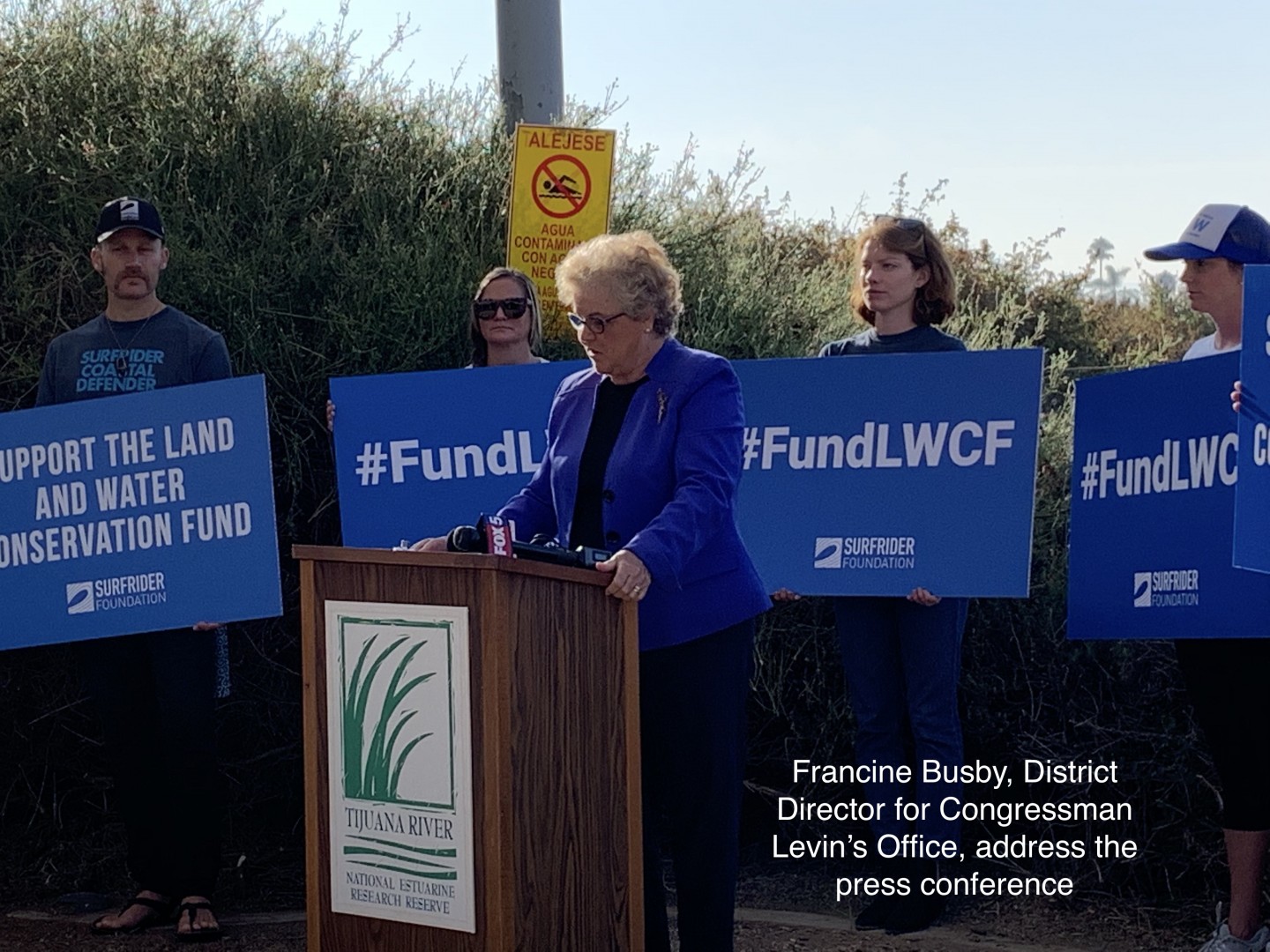 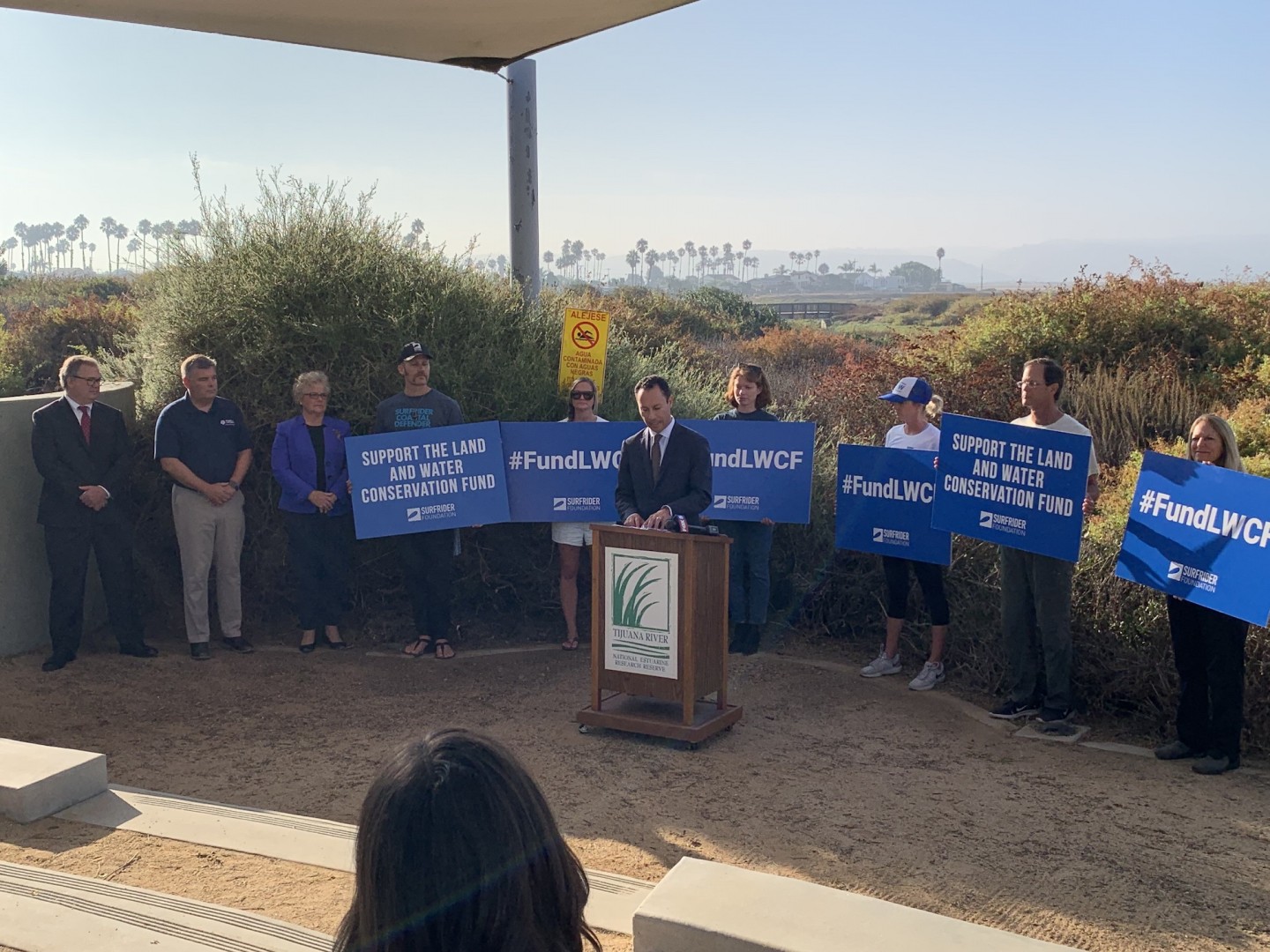 Surfrider Foundation’s Huntington Beach/Seal Beach chapter also held an event to raise awareness about the LWCF.  On the morning of September 14th nearly 200 hundred people gathered to conduct a beach cleanup at Bolsa Chica State Beach, an areas that has greatly benefited from LWCF. Following the beach cleanup, a Representative from Congressman Rouda’s office spoke with Surfrider activists about the importance of the LWCF.

Surfrider will continue to work with community leaders and coastal advocates to ensure the LWCF is fully and permanently funded.   Though LWCF was reauthorized by Congress in March 2019, its mission is still at risk without permanent funding.

To learn more about the LWCF go here. 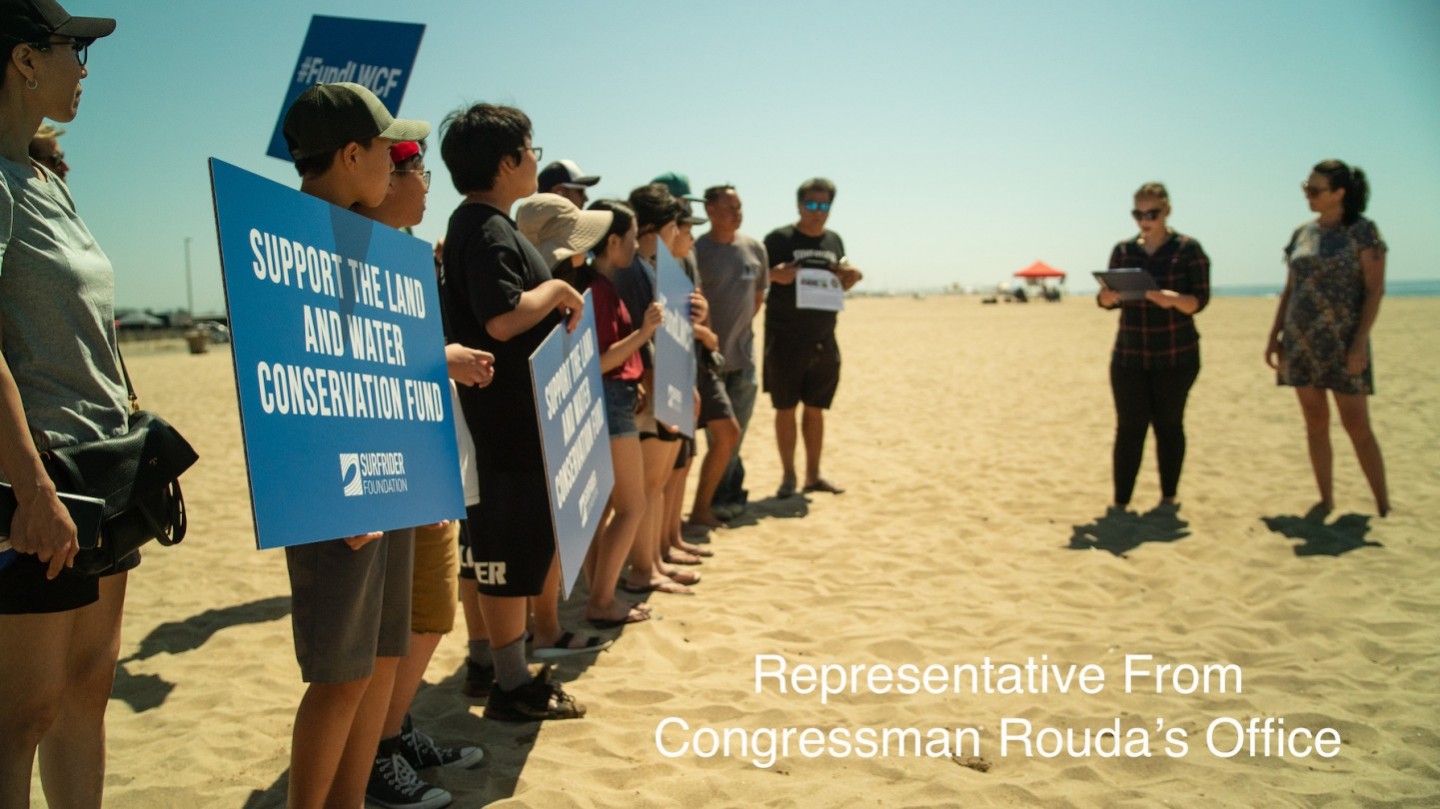 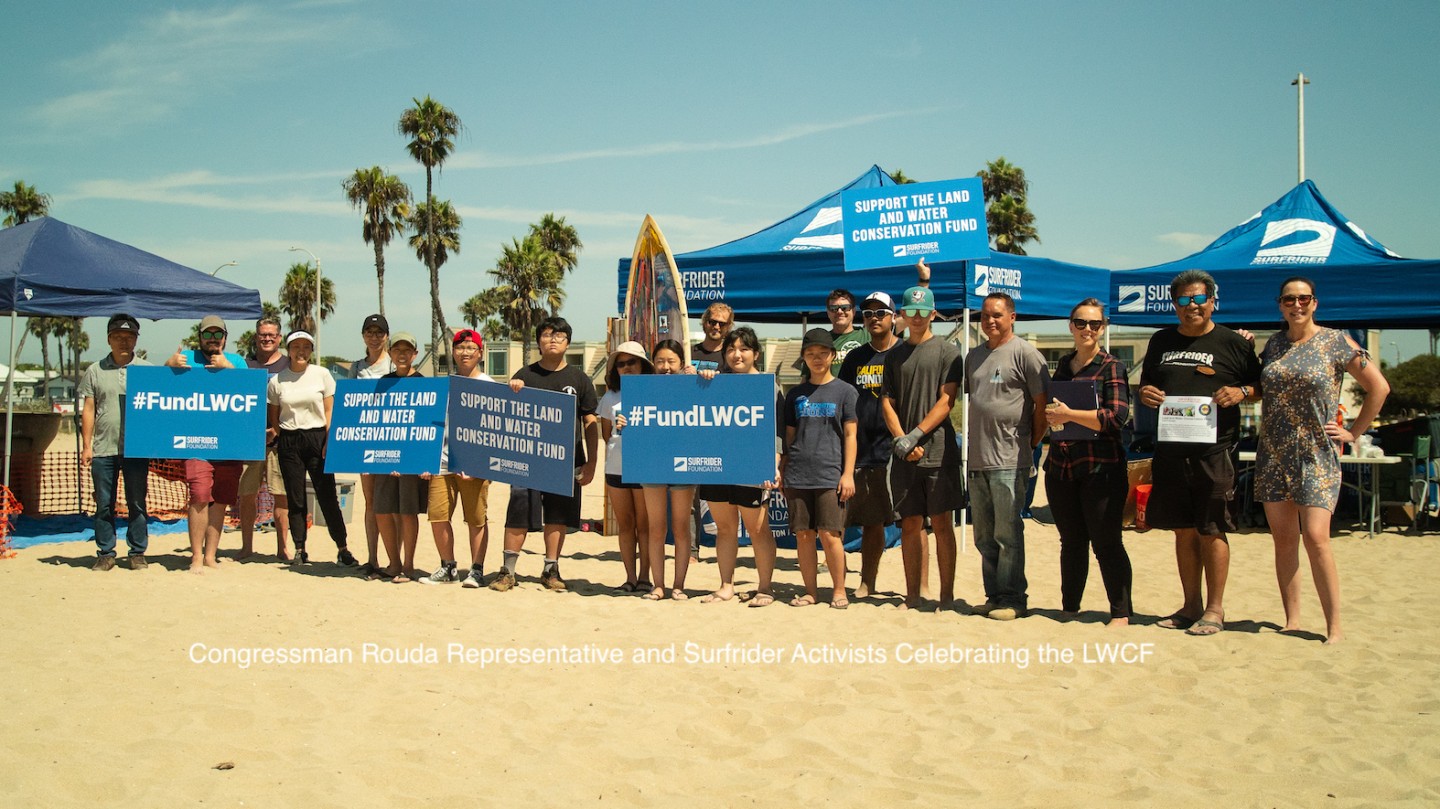