As if Florida hasn’t had their fair share of water quality woes over the past few years – rampant toxic red tides and cyanobacteria blooms, extensive fish kills, sewage spills across the state – the city of Fort Lauderdale is currently scrambling to clean up after what appears to be South Florida’s greatest sewage spill yet. 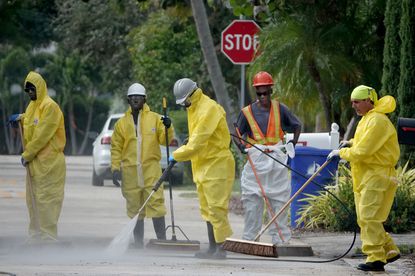 During December, six large-scale sewer pipe breaks resulted in a cumulative 126 million gallons of raw, untreated sewage spilling onto the streets, lawns, and into the waterways of Fort Lauderdale.

While the epicenter of the spills occurred in the Tarpon River and Rio Vista areas, the impact of this disastrous spill spread far into neighboring rivers, intracoastal waters, and eventually the ocean. As a result, the city of Fort Lauderdale issued several public advisories. These included:

These spills beg the question, why all at once?

The Detriment of Sewage Spills:

First and foremost, it can’t be stressed enough to always heed signs or a red flag at the beach warning ‘no swimming’. Recreational contact with untreated wastewater can cause infections from water-borne bacteria and viruses, gastroenteritis – nausea or vomiting, diarrhea, stomach cramps, and dehydration – skin rashes, respiratory illness, eye and ear infections, hepatitis, salmonella, leptospirosis, and worse.  Learn more here.  It is always wise to rinse off with fresh, clean water after leaving the beach, especially when water quality conditions are unknown.

On top of the direct health risks, the impacts from a sewage spill can linger. Many of Florida’s land-locked and coastal waters contain elevated levels of nutrients, particularly nitrogen and phosphorous, from agricultural runoff, sewage and lawn fertilizers which fuel harmful algal blooms and toxic red tides. The additional 126 million gallons of untreated wastewater from the Fort Lauderdale sewage spills will only add to this nutrient-stew, making water quality conditions ripe for red tides and harmful algal blooms when temperatures warm up. 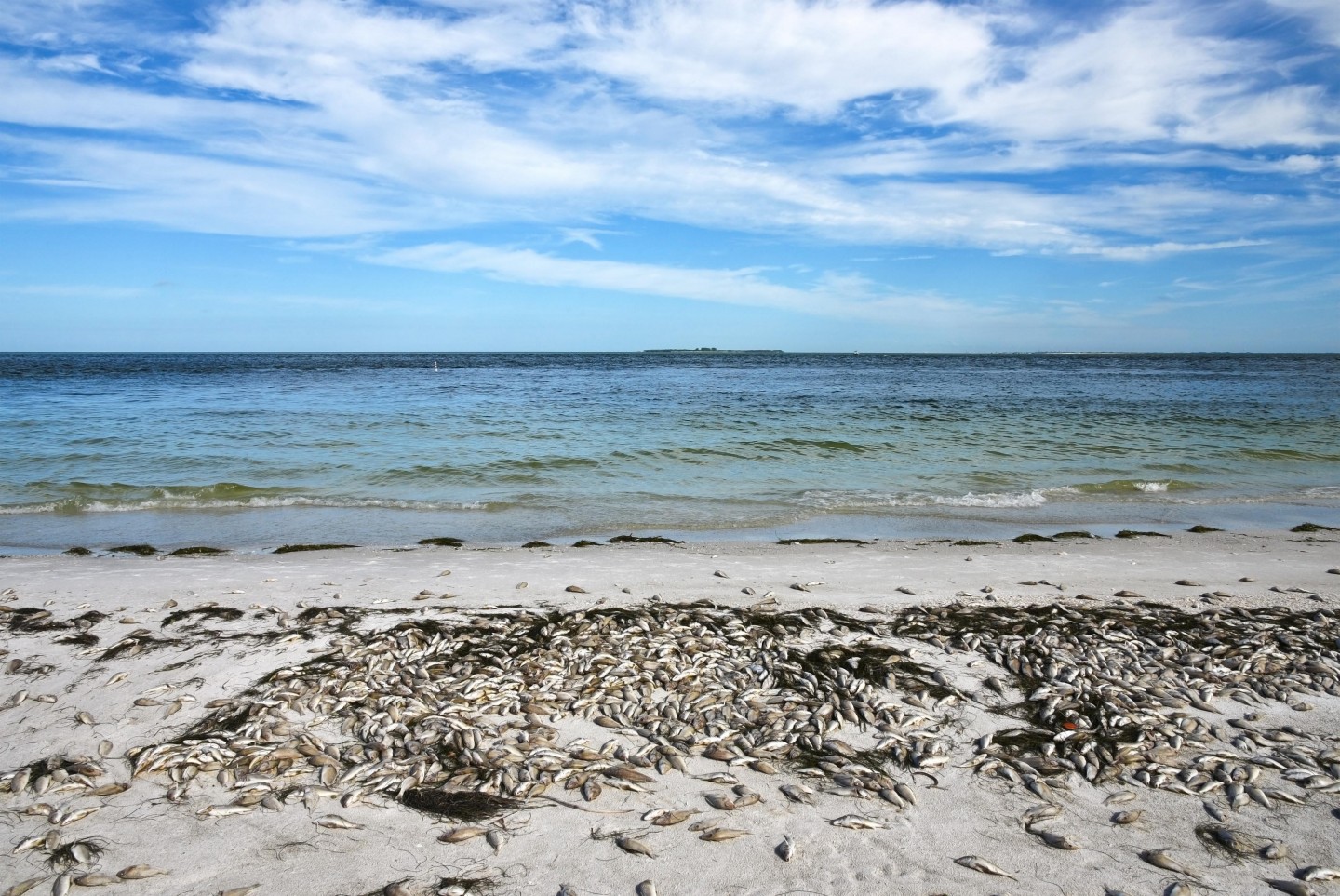 Dead fish wash up along the shore in masses during a Red Tide.

The Broward County Chapter began their Blue Water Task Force program in April 2018, as water quality concerns across the state began to grow. The Broward Blue Water Task Force started small by testing two beaches, Pompano Beach and Hollywood, for the presence of enterococcus fecal indicator bacteria. For the most part, water quality results have been fair, with occasional peaks after heavy rain events.

In response to this current spill in Fort Lauderdale, Broward County’s local Blue Water Task Force Coordinator, Mike Scully, rallied the Chapter’s passionate cohort of ocean-users to provide more information to the community about which waterbodies were impacted, and to what extent.

The Chapter started testing several new sites in locations popular for recreation that were not already being covered by the Florida Healthy Beaches Program, which focuses mostly on ocean beaches and only some intracoastal areas in Broward County. 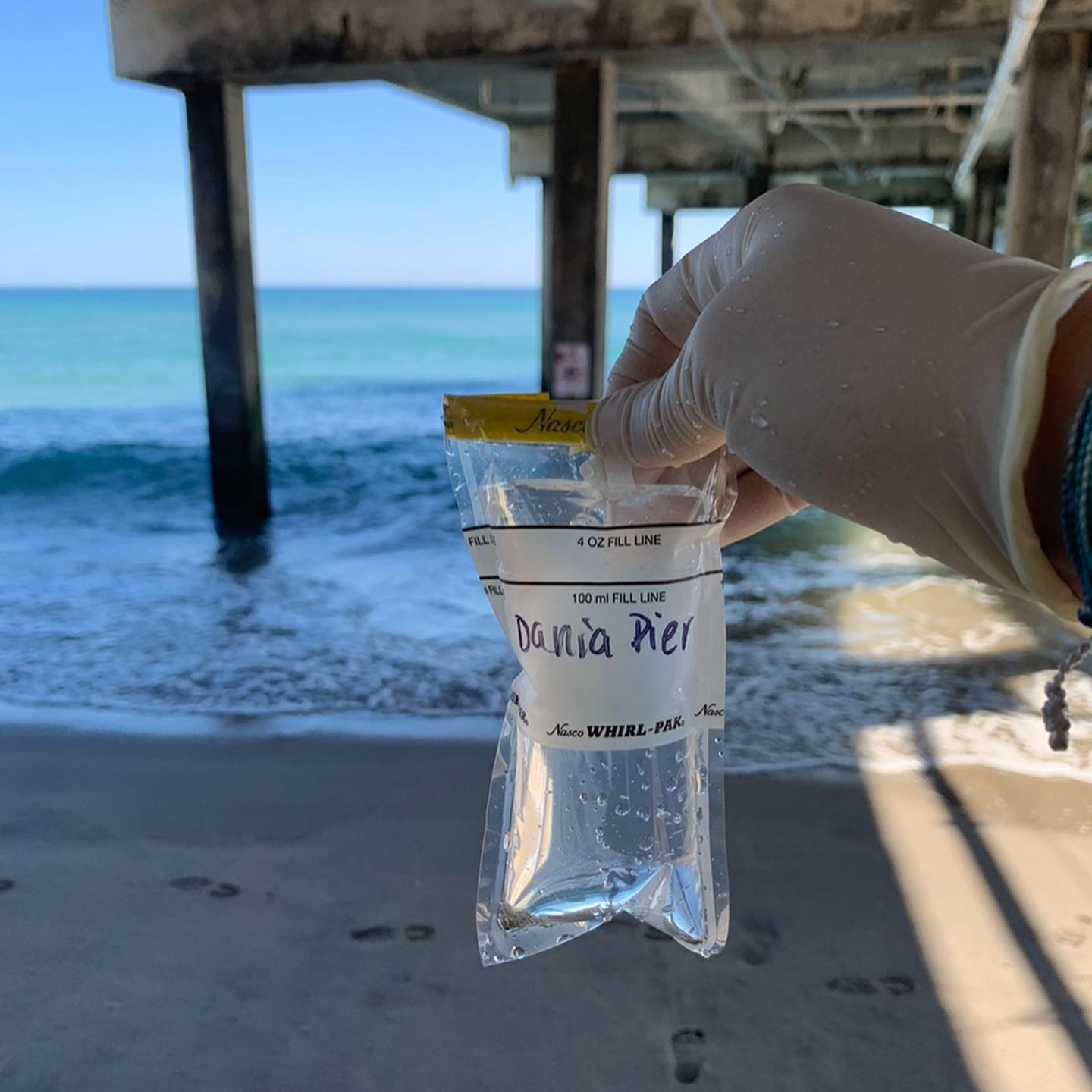 Surfrider Broward began collecting the first samples taken from Northern Middle River at Sanctuary Church. This was suggested by the 954 Paddle Crew, a stand-up paddling group that uses this area as a launch location.  All results collected from this site have been well over the health standard of 70 colony forming units of enterococcus, set by the Florida Department of Health. One sample collected on January 8th resulted in bacteria levels over 10x the health standard, and the most recent sample, on the 21st, remains at 235 colony forming units. This data clearly demonstrates that the impacts of this sewage spill continue to be felt, especially in intracoastal waters where minimal tidal flushing occurs. Check out this great article in the Sun Sentinel that highlights the Chapter’s collaborative efforts to augment water quality information.

During this dire time, the Broward County Blue Water Task Force successfully augmented the water quality information provided by the Florida Department of Health in Broward County, sampling at more locations, more frequently, and bringing together community groups to protect public health. The Chapter has been actively sharing their up-to-date water quality information on social media, and is working in tandem with other community groups, government officials, and water quality technicians in the area. Circumstances like the recent sewage spills in Fort Lauderdale clearly demonstrate the benefits of a volunteer-run water quality monitoring program, that is able to react to immediate water quality threats. View all of the Broward County Chapter’s sampling sites and their water test results on the Blue Water Task Force website.

At the same time, Surfrider is working in Tallahassee to build the support of state lawmakers to double funding for state water quality monitoring, support legislation to enforce stiffer penalties for repeated sewage spills, and to conduct a comprehensive review of Florida’s wastewater infrastructure and management needs. The state needs to step in and take action so sewage spills like the ones plaguing Fort Lauderdale and waters throughout Florida stop happening so frequently.

UPDATE (02.05.20): Three additional pipe breaks leave “mega yachts sitting in sludge,” according to Mike Scully, Broward County's Local Blue Water Task Force coordinator.  These three breaks occured in Fort Lauderdale between Thursday, January 30th, and Monday, February 3rd. City officials are responding quickly to clean up after these spills, while also accepting that these likely won't be the last. The City of Fort Lauderdale has ramped up water quality monitoring, and their most recent results show just how high fecal bacteria levels are in the intracoastal.

If you appreciate the work of Surfrider Foundation’s Clean Water Initiative and Blue Water Task Force, please consider joining as a member or making a donation today. For more information about the Broward County Chapter, or to get involved visit their chapter website, broward.surfrider.org. 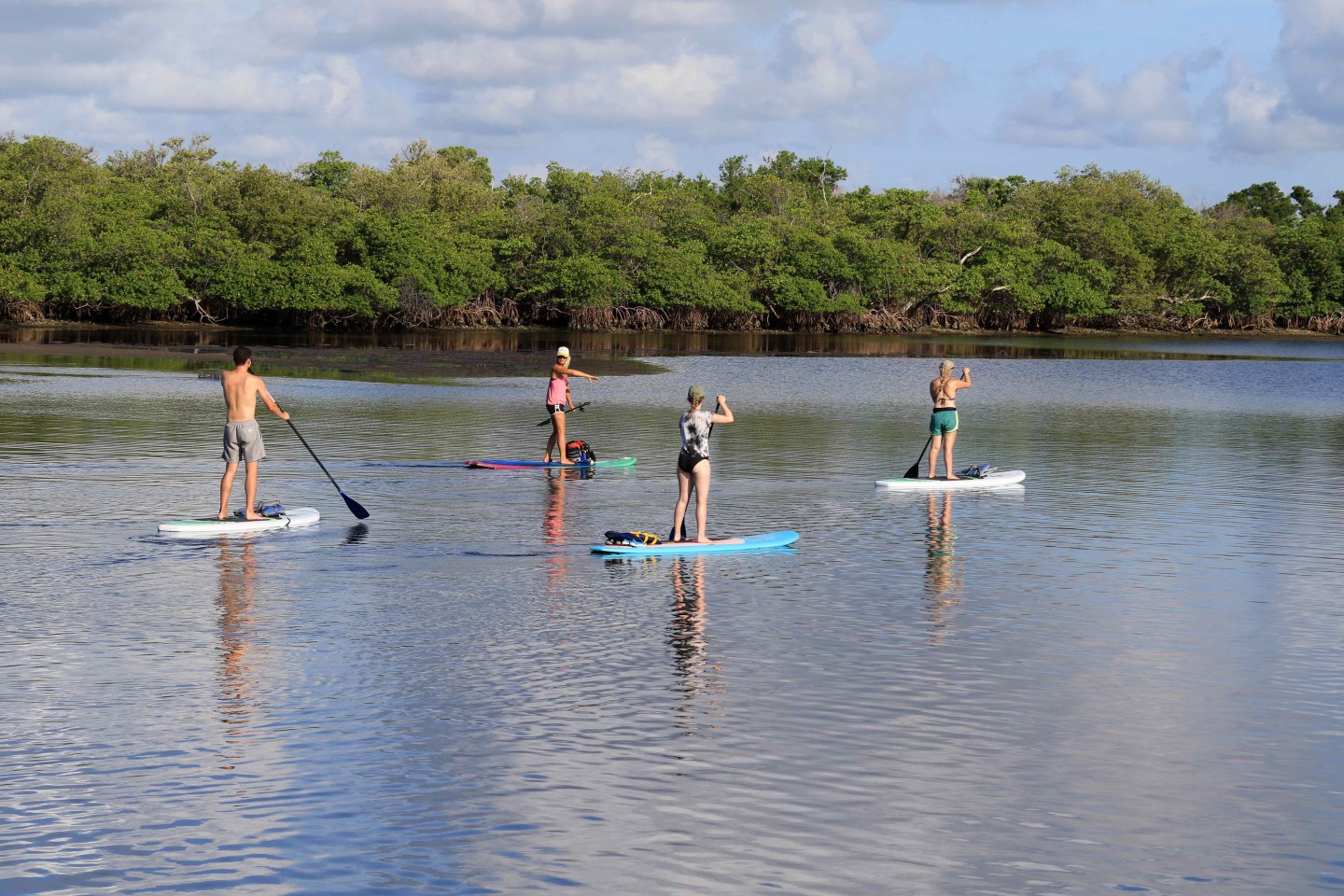