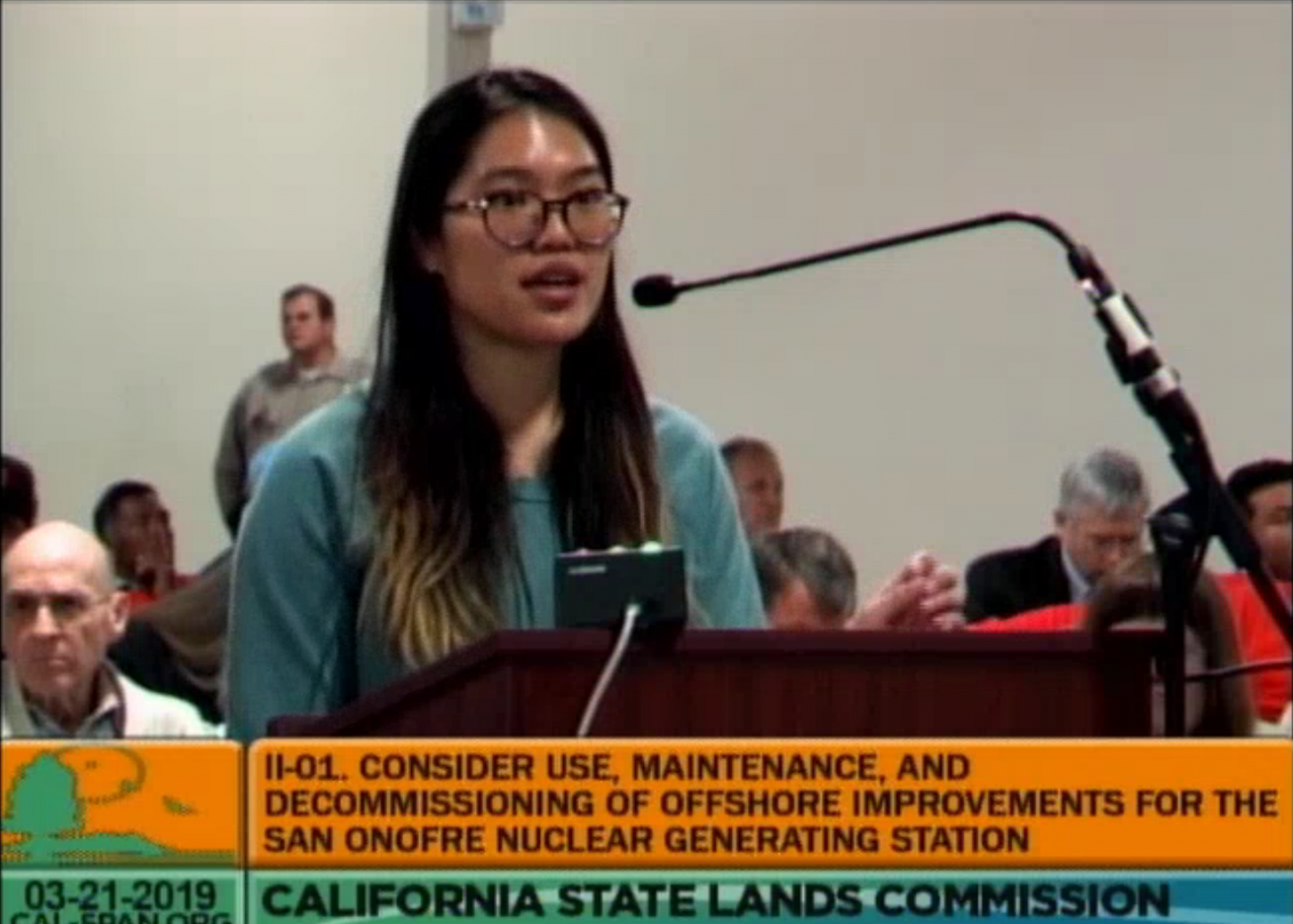 Last week, the Surfrider Foundation’s Legal Fellow, Amy Foo, presented at the California State Lands Commission (SLC) hearing in Oceanside and provided comments on the adoption of the Final Environmental Impact Report and lease agreement with Southern California Edison (SCE) for the decommissioning of San Onofre Nuclear Generating Station (SONGS). Decommissioning activities include the decontamination and dismantlement of major onshore above and below ground structures, removal of primary and ancillary intake structures for Units 2 & 3 and removal of navigational and environmental monitoring buoys.

SLC is the state regulatory agency that manages hundreds of thousands of acres of public trust lands and resources. One of its primary responsibilities includes issuing leases for use of these lands and resources and to provide for their protection now and for future generations. On behalf of Surfrider, Amy raised a number of ecological, recreational and human health concerns related to the decommissioning activities, several of which were accepted and addressed in the SLC’s lease agreement with SCE.

Surfrider commented on the EIR and lease, with several points of contention. Our main asks included:

While we appreciate SCE’s intention to return this segment of Coastal California to a natural shoreline, we remain concerned that a readily available onsite method of transferring waste or fixing a canister, should a canister’s integrity be compromised, is a gaping oversight. We do, however, appreciate SCE and SLC’s efforts to include our additional sea level rise assessment and ocean monitoring provisions. Overall, we feel these will be helpful safety and accountability measures.

For more information on Surfrider’s campaign to increase safety and advocate for the swift removal of spent nuclear fuel at San Onofre, visit our campaign page and sign our action alert today!