Taking the Warning Sign Down at Larrabee State Park, WA

A Victory for Clean Water!

There are plenty of stories from Surfrider’s 20-plus year history of running a volunteer water testing program of chapters asking for signs to be posted at the beach to warn the bathing public when new pollution issues are discovered.   It’s not so common, however, for a chapter to be able to reach the end of that story and be able to successfully report that the local sources of pollution have been identified and fixed and water quality conditions improved…..And thus witness the removal of an advisory sign.

This is exactly what the Northwest Straits Chapter in Washington has been able to accomplish.  The Whatcom County Department of Health has removed the permanent swim advisory sign that was posted at Wild Cat Cove Beach in Larrabee State Park after bacteria test results over the last three years have remained low.  This would not have been accomplished without the dedication and perseverance of the Northwest Straits Blue Water Task Force volunteers who were unwilling to accept the sign and high bacteria counts as a permanent status quo, but instead acted as a catalyst to bring together local stakeholders, government agencies and members of the public, to work together to find and fix the sources of pollution and restore good water quality to this popular campground and beach.

The chapters BWTF program started testing the beach at Larrabee State Park back in 2009.  During the summer months some of their BWTF volunteers were also trained to collect samples for the Washington State Department of Ecology’s BEACH Program to extend the coverage of this agency monitoring program.  Because bacteria results from this beach often exceeded the health standard, the State & County decided to take a precautionary approach to protecting public health and posted a permanent swimming advisory.  But the Surfrider activists with the Northwest Straits Chapter hated to see such a jewel of ocean recreation lost to the community. 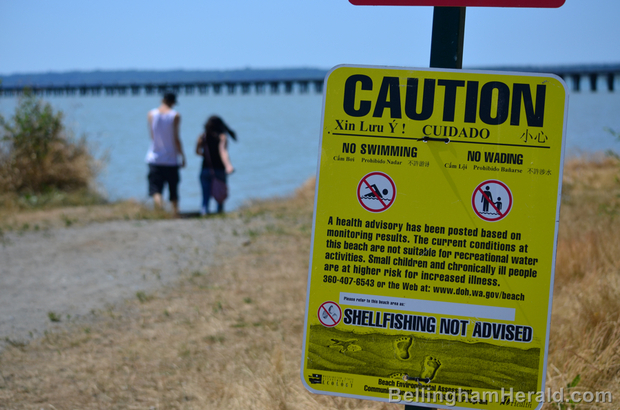 Wild Cat Cove is a very popular ocean recreation site, and the adjacent beach and campground at Larrabee State Park welcome millions of visitors every season.  So, cashing in on the good relationships the chapter had established with their BWTF program, they were able to bring together all the relevant agencies from the County Department of Health, State Department of Ecology and State Parks to investigate all potential sources of pollution.  Read more about this interesting history in this account written by the Chapter Chair Eleanor Hines.

Some failing septic systems in the surrounding area were identified and fixed, but it wasn’t until the chapter performed a camper survey in the park in parallel with a stream segment investigation performed by the agencies, that the true culprit causing the high bacteria counts was discovered - Racoons!

In response, the Chapter launched a massive education program at the park with trained interns from Western Washington University to increase the understanding of campers of the natural environment at the park and to discuss ways they could help protect water quality - such as securing food from the nightly marauding population of raccoons.  The interns also got to enjoy ‘Scoop the Poop’ chores by removing raccoon feces along the stream.  In 2014, the partners came up with the successful strategy of using chicken wire to fence off a particular spot on the stream  - the Raccoon Latrine- where the majority of food wrappers and feces accumulated.  While it took a couple of seasons to really figure out the best way to maintain this fencing, everyone couldn’t be any happier with the results down at the beach.  During 2016, all water quality results came in below the bacteria standard for recreational waters, and the permanent advisory sign has been taken down.

Now area residents and visitors alike are able to enjoy this beautiful recreation spot once again, thanks to over a decade worth of effort by the Northwest Straits Chapter’s Blue Water Task Force program and their state and local partners.  Well done all! 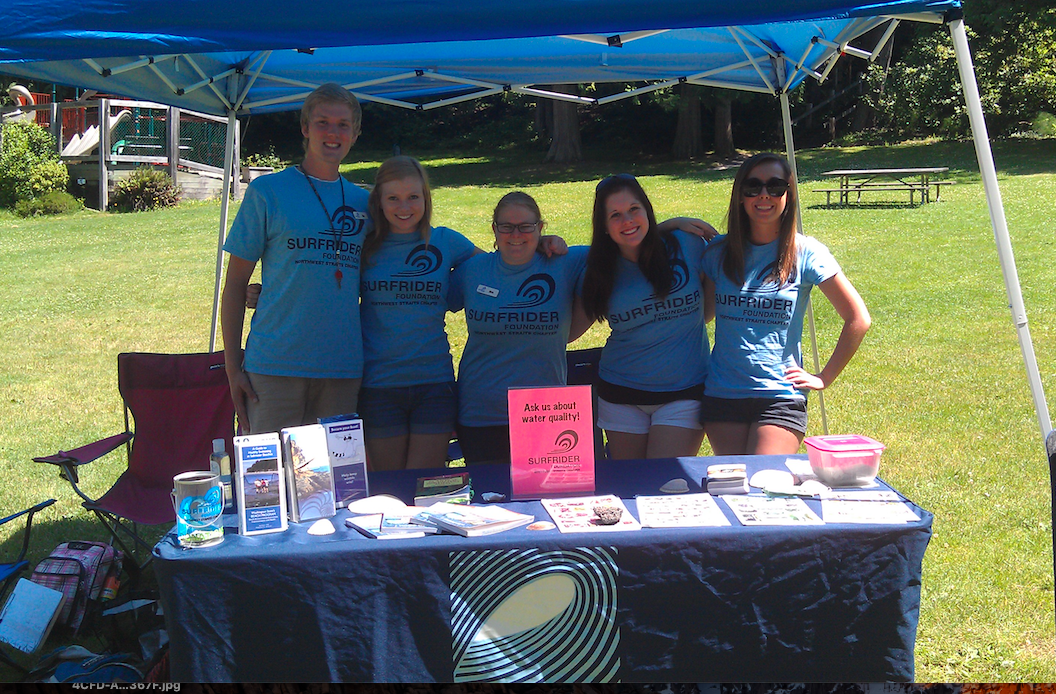