The History of the BEACH Act 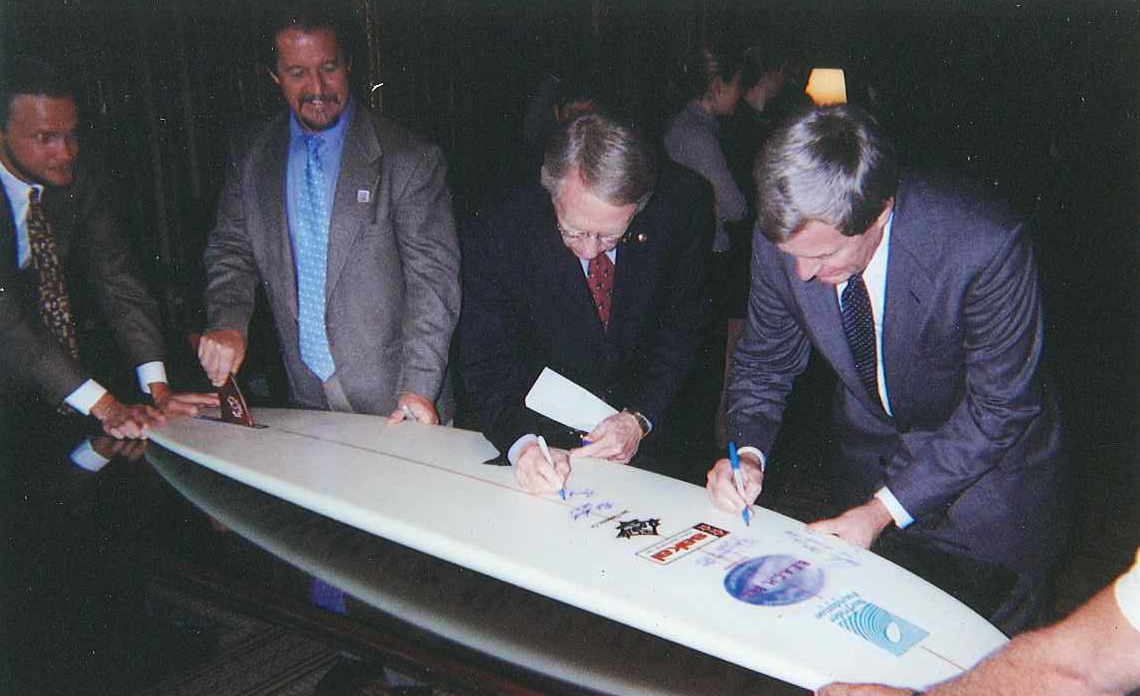 Nineteen years ago the Surfrider Foundation staff and activists were schlepping a surfboard through the halls of the U.S. Congress collecting signatures to support the initial passage of the Beach Bill (H.R. 999).  The surfboard (and the bill) ended up with over 100 signatures from U.S. Senators and Representatives alike.  President Bill Clinton signed the coastal water quality legislation into law on October 20, 2000 (scroll down to read a statement from Clinton), creating the Beaches Environmental Assessment and Coastal Health Act (BEACH Act). Today, the Surfrider Foundation continues to fight to keep the BEACH Act funded and to improve the Environmental Protection Agency’s (EPA’s) oversight of this critical public health program. 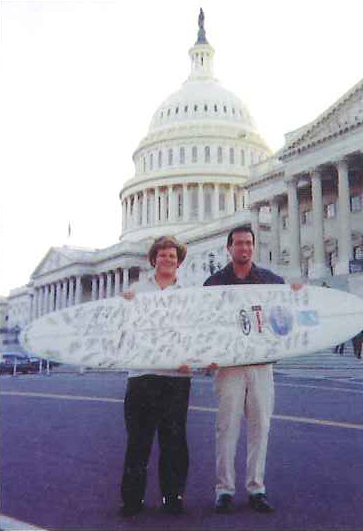 The BEACH Act is an amendment to the Clean Water Act, aimed at improving the quality of “coastal recreation waters.”  It covers marine coastal waters of all 35 of our coastal states and territories, including the Great Lakes states. Written in part by the Surfrider Foundation’s legal issues team, this premier coastal water quality law requires states to adopt minimum, health-based criteria for recreational water quality and to notify the public if beaches exceed these criteria.  The BEACH Act also authorizes a grant program, administered by the EPA, to assist states and coastal territories in paying for their beach water quality monitoring and public notification programs.

This bill would not have passed without a strong coalition of environmental groups supporting it and a bi-partisan effort on the Hill to usher it through Congress.  The Natural Resources Defense Council (“NRDC”), Center for Marine Conservation, and American Oceans Campaign helped pass the initial bill.  Today, Surfrider has aligned with Clean Ocean Action, Riverkeeper, NRDC, Waterkeeper Alliance, Heal the Bay, and Alliance for the Great Lakes to build the support in Congress needed to keep the bill funded and in force.

Unfortunately, the BEACH Act has fallen victim to the budget wars that have been ongoing on Capitol Hill over the last several years.  For the last eight years, the President’s Administration has proposed to eliminate all funding for the EPA BEACH Grants program, and with it, the intended motivation for coastal states to comply with EPA’s recommended national water quality criteria and public notification procedures.   Fortunately, we have been able to count on ocean champions in Congress to protect continued funding for this critical public health program, because they can clearly see the great need for the program and what a wise investment it is. You can download the letters signed by supportive members of the Senate and House of Representatives to request continued funding for the BEACH Act in the FY 2020 budget in this campaign update. 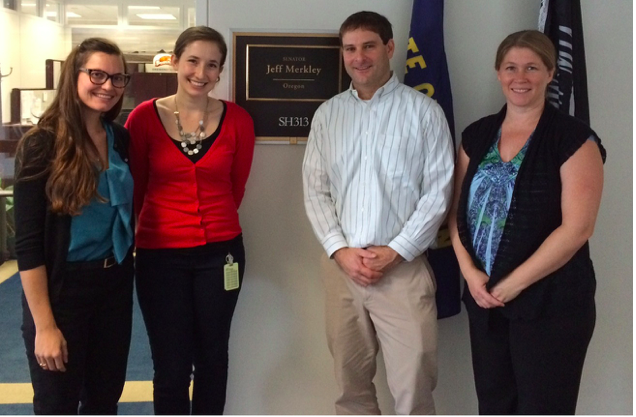 Through the BEACH Act grant program, a small federal investment of just under $10 million ($9.549 million in 2019) is shared between 35 coastal states to protect the health of over 100 million US beach-goers.  What’s more, beach programs help protect public confidence in clean beaches that drive tourism and recreation economies in coastal counties that are worth over $115 billion nation-wide and support more than 2.3 million jobs.

It just makes sense.  This relatively small appropriation to ensure protection of our health and coastal resources seems like the deal of the century!

It took over six years to pass the BEACH Bill in D.C. in 2000, which was then touted as a top environmental victory of our organization, helping to define and advance our water quality program and organization overall. Now maintaining the strength and funding of the BEACH Act is a federal priority for Surfrider Foundation and a top campaign under our Clean Water Initiative.

President Clinton made clear how important public health protection at U. S. beaches was when he signed the BEACH Act into law on October 10, 2000.  His statement is below.

You can help by participating in Surfrider’s action alert and sending an email to your members of Congress asking them to reject budget cuts proposed for the Environmental Protection Agency and the BEACH Act and to continue to support robust water quality monitoring programs your favorite beach!  Just click here.

The following is a statement by President Clinton in October 2000 from the article, “President Clinton signs B.E.A.C.H. Bill into Law,” which first appeared in the December 2000 issue of Making Waves.

Today, I am pleased to sign the Beaches Environmental Assessment and Coastal Health Act, which significantly strengthens efforts to make America’s beaches clean, safe and healthy.

America’s coasts are not only a natural treasure – they are also the number one destination for vacationing families, making their health vital to our nation’s tourism industry.  Yet each year, pollution forces thousands of beach closures or health advisories.  The Beach Act will ensure that in the future fewer families arrive at the beach only to discover that it tis too polluted for fishing or swimming.  It requires states to adopt enforceable standards for water quality, regularly test coastal waters for health-threatening pollution, and notify the public of unsafe conditions.  In addition, it provides assistance to states to carry out these efforts.

This Act builds on my Administration’s strong efforts to ensure healthier beaches and cleaner coastal waters, greater protection for endangered and threatened marine species, sound fisheries management, and support for marine protected areas.  I urge Congress to fully fund ocean and coastal conservation programs for the coming fiscal year so that communities around the country may enjoy healthy beaches and clean waters for years to come.