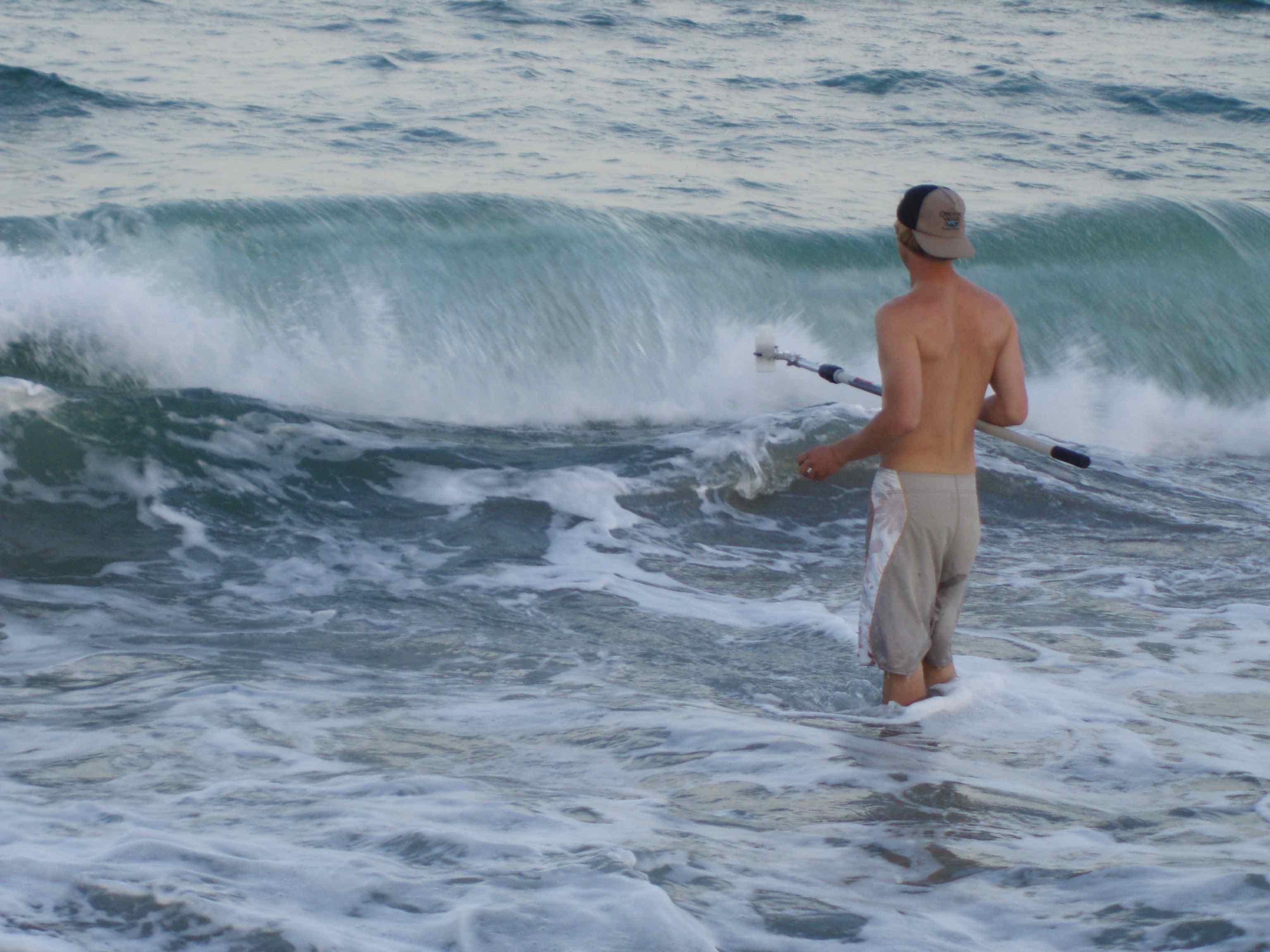 Back when the Blue Water Task Force (BWTF) was first started in 1990, there was little awareness of recreational water quality problems and almost no regular monitoring of recreational water quality at local beaches in the United States. The BWTF was started to enable local volunteer activists to test places where they suspected problems, raise awareness about water pollution and health hazards, and seek solutions for troubled spots. At the inception, one of the goals was to advocate for regular monitoring and reporting by state and local agencies.

During these early years, activists around the country began monitoring water quality and were often met with resistance and denial when problems were identified. They were put down for being volunteers instead of ‘qualified’ professionals and their methods and quality of their data were questioned. Activists responded by challenging local municipalities to test the water for themselves in order to “prove us wrong”. On the rare occasions when they took the challenge, officials were often surprised to find their results comparable to ours. In one case, in Laguna Beach, CA it took a local protest with posters and signs proclaiming a water quality problem to get any traction with the City.

The era of testing…

For example, after years of testing by the Ventura County Chapter, Ventura became one of the first counties in California to establish a recreational water quality monitoring program in 1998. A year later, a statewide bill in California known as AB411, went into effect which established state standards for water quality monitoring and required monitoring at all heavily used beaches during summer months. Since then California has typically allocated about $1 million per year to support statewide testing.

The following year, the US Congress passed the Beaches Environmental Assessment and Coastal Health (BEACH) Act of 2000. The BEACH Act required the Environmental Protection Agency (EPA) to set national standards for recreational water quality and established a grant program to give financial assistance to states that adopted the federal standards.  Initially intended to be a $30 million per year program, actual appropriations for the EPA BEACH grants have never exceeded $10 million annually.  Despite this, the BEACH Act is responsible for vast growth in recreational water quality monitoring throughout the nation and for raising the bar on the quality of information that is provided to the public. Surfrider Foundation’s BWTF activists played a major role in getting the BEACH Act passed, and we still consider it a major victory for the health and safety of surfers and swimmers throughout the US.

After a decade of work to measure water quality and raise awareness about ocean pollution, the passage of the BEACH Act marked a transition for the Blue Water Task Force.  While the BEACH Act didn’t guarantee testing at some of our favorite surf spots, it did reduce the imperative to run comprehensive beach testing programs. As a result the BWTF program evolved. Some chapters continue to do regular monitoring (e.g. Rincón, PR Chapter), but many more are filling in the gaps left by agency testing programs, sampling during winter months or at more remote beaches. 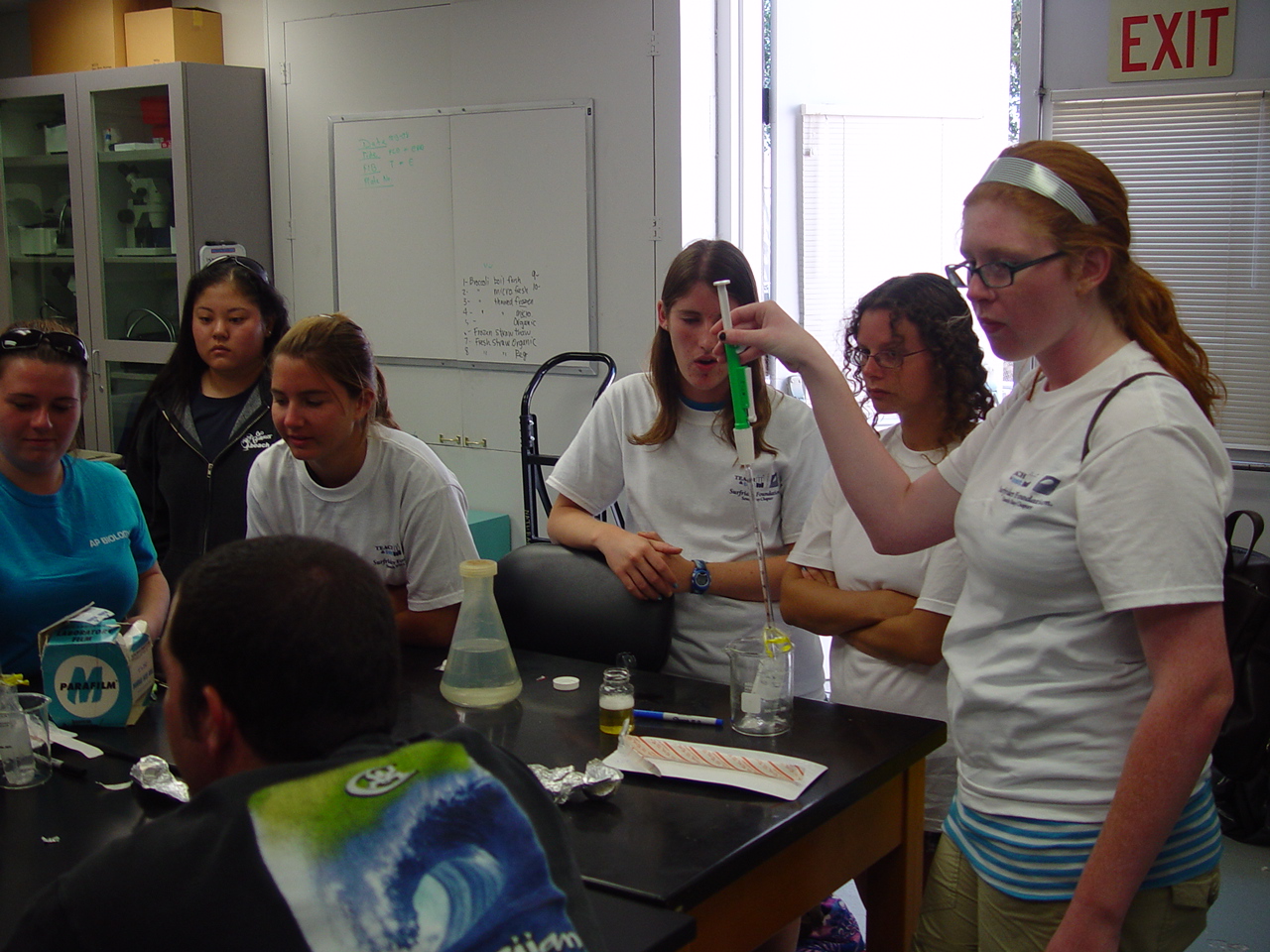 Most BWTF programs now also have a large educational component involving students and youth groups.  In 2011, we were also able to revamp the BWTF website with the generous support of Emergen-C Blue ®, and our chapters now have a great online platform to communicate the results of their water testing programs.

You can read a great summary that highlights the diversity of the program in our first annual BWTF program report here.

Over the last 12 years, federal funding for the BEACH Act has been reasonably consistent at $10 million dollars to support thirty five state, commonwealth and territory recreational water quality monitoring programs in the US.  This breaks down into approximately $200,000 - $350,000 per state per year.

That is, until this year. In early February we learned that the funding for the BEACH Act was cut from the EPA budget.

This cut could represent a major setback in our efforts to ensure that all Americans know whether or not the ocean is clean before they enter it, and we are working hard to restore the funding. Here’s how to join us in those efforts.

Funding the BEACH program is important because it does more than just support the state programs. Without federal support some states, like California, will cut their program up to 30%. Other states, like Oregon and Rhode Island, will likely cut their program entirely. More importantly, the funding is what drives the federal standards. No funding equals no standards. If the BEACH Act remains unfunded, then state and local programs will run out of money at the end of October 2013 and monitoring in many locations will stop.

This could signal a return to our original compulsion for establishing the BWTF program; providing basic water quality information and building awareness of coastal water pollution. We certainly hope it doesn’t come to that but, it’s also comforting to know that there are caring and dedicated Surfrider Foundation activists ready to volunteer their time to ensure that our oceans, waves and beaches are monitored and stay clean for everyone’s enjoyment.

The Blue Water Task Force (BWTF), presented by Emergen-C Blue®, helps local chapters alert citizens and officials in their communities about water quality issues and works to implement solutions. As clean water becomes an increasingly scarce resource, Emergen-C Blue is committed to supporting, enhancing, and extending the efforts of the BWTF by donating 20 cents for every box sold to further the important work being done to improve water quality. For more information about Emergen-C Blue and the Emergen-C Fund, please visit myemergenc.com/fund .