With the federal government being shut down, millions of federal employees and contractors are furloughed, meaning out of work until further notice. This includes hundreds of thousands in and around the Washington, DC metro area and some of these people are even working without being paid.

You may have seen the news stories of trash and waste piling up in our national parks. All of our national monuments including the ones around the National Mall in DC are run by the National Park Service or NPS, which is one of the agencies affected by the shutdown. 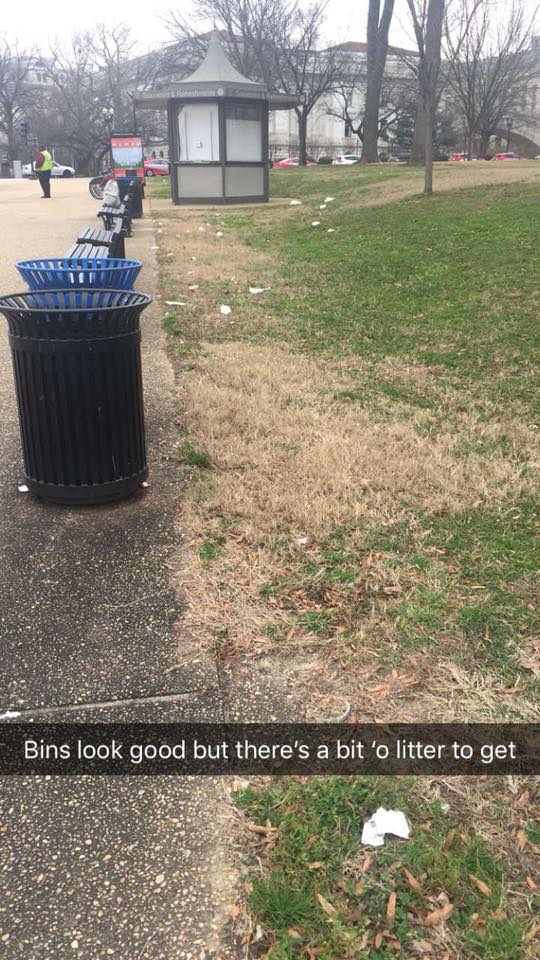 Fortunately, some furloughed workers are also leaders of the DC Chapter of Surfrider Foundation including cleanup coordinator Emma Maschal. She organized a cleanup on the Mall where trash was piling up around trash cans. Twenty eight folks came out to clean up around some of our national treasures in DC. FB Event here. They even got some good video coverage from the Washington Post.

The city government of Washington DC had announced that their Departments of Public Works, DPW, would help empty these receptacles since the National Park Service was not there to do it. Former chapter chair Julie Lawson, now with the DC Mayor’s Office of the Clean City, had much to do with securing the resources to make this happen. Chapter volunteers cleaned up but they also consolidated and made the DC DPW’s job easier. Any loose litter found was bagged or put into receptacles for the local DPW. 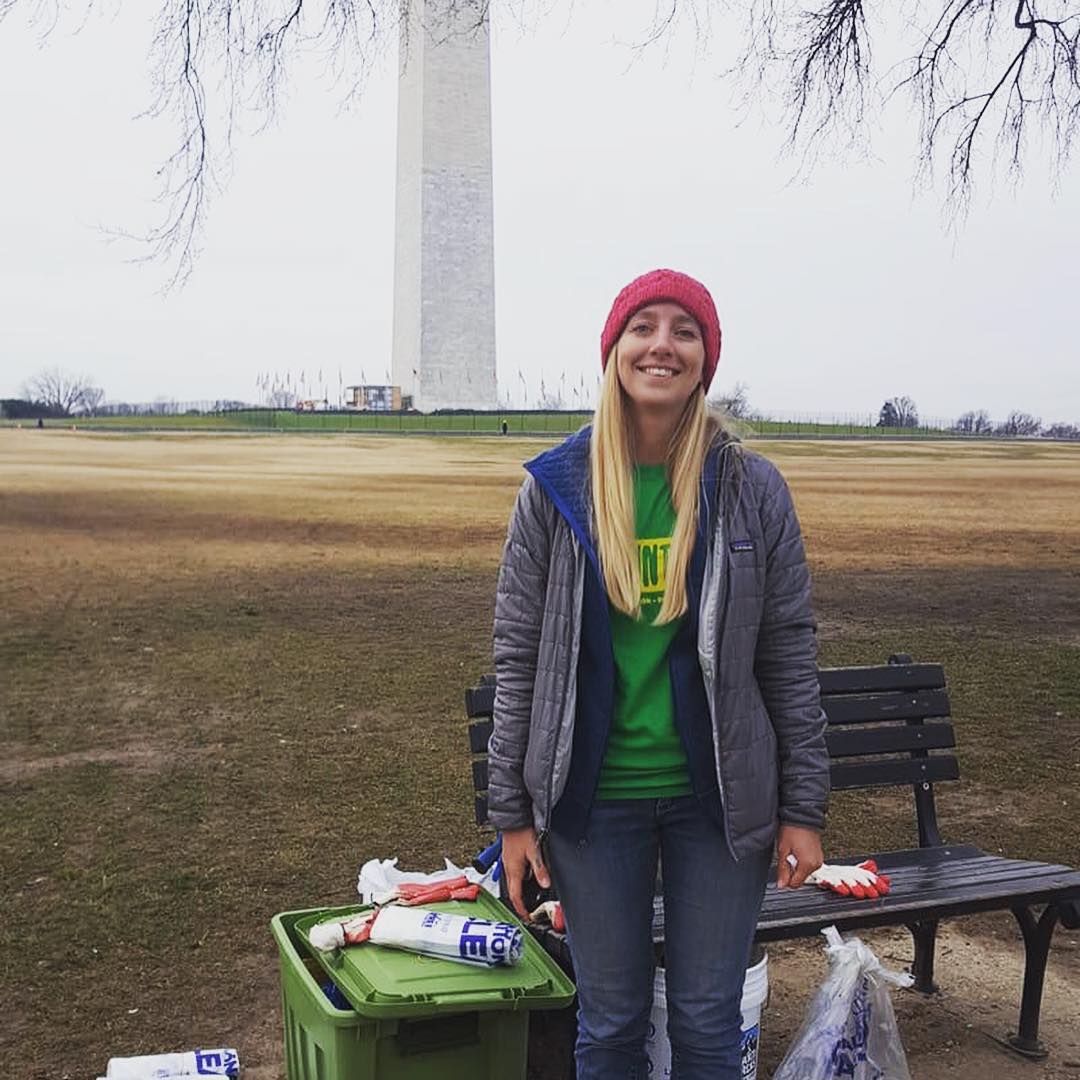 “In my opinion this cleanup was more of a symbolic act of solidarity with federal workers still working through the shutdown since we respect our public lands and all of the work the NPS normally does. Also it rained that night and it’s always better to collect litter before it has a chance to get into stormwater,” said Emma Maschal, Cleanup Coordinator for the DC Chapter of Surfrider Foundation.

With no end in sight for the government shutdown, perhaps this will  become a weekly thing. And if it actually lasts that long, the Martin Luther King holiday is coming up, otherwise known as the national day of service. Maybe other chapters can join the cause and clean a national park near them. 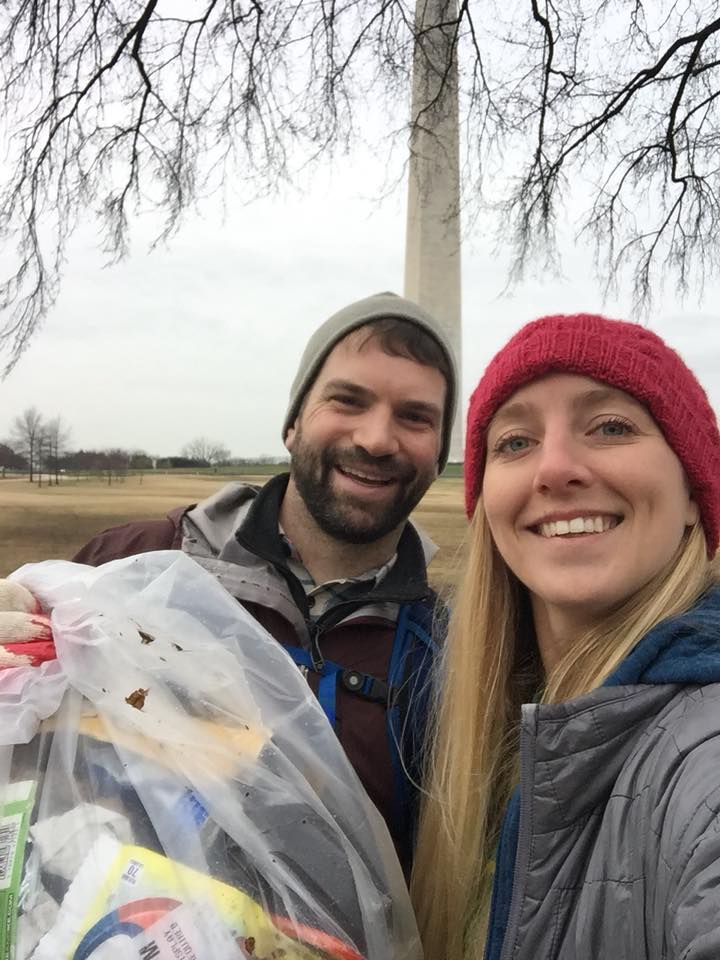 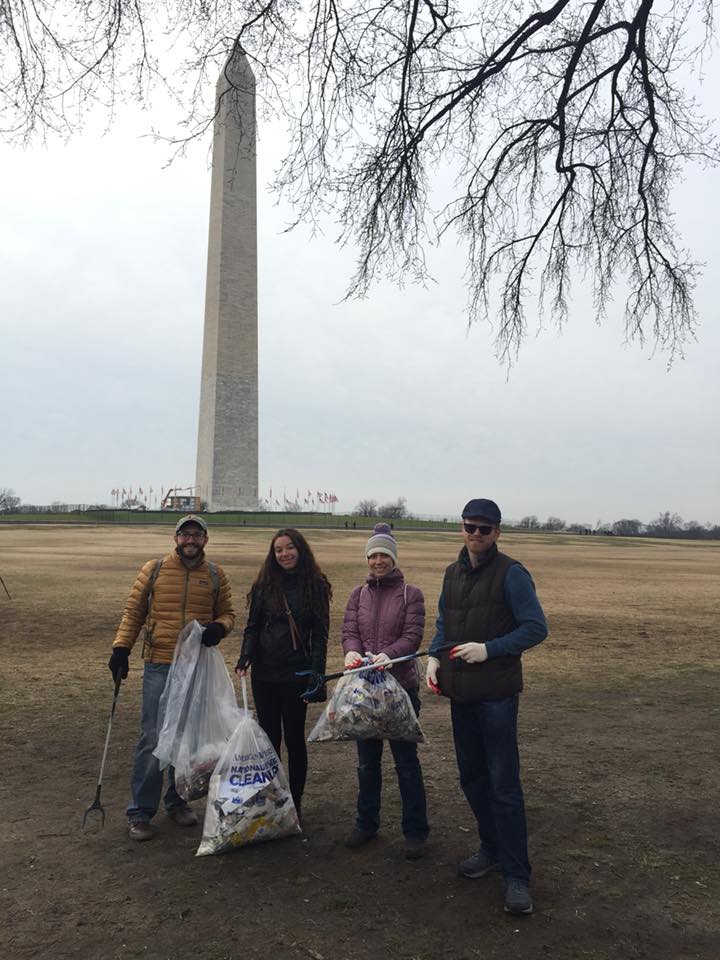