Just before most government offices shut down for the holidays on December 22, 2021, the West Basin Municipal Water District voted to terminate a proposed ocean desalination facility and to instead pursue more sustainable water supply options for Los Angeles.

This decision capped off a 20 year campaign led by the Surfrider Foundation South Bay and Los Angeles Chapters to protect their coast from the harmful impacts of the Ocean Water Desalination Project proposed right next to the beach in El Segundo, California. By terminating the project, West Basin is setting a bold course for the future of water management in Los Angeles that prioritizes reliability, sustainability and equity to deliver safe, high-quality water to the communities it serves.

Surfrider Foundation has opposed the West Basin Ocean Water Desalination Project since it was first proposed back in 2002, because of the many harmful and wasteful impacts it has on marine habitats and coastal communities. If not done properly, seawater intake unnecessarily kills fish and other marine life.  Desalination also produces a highly concentrated brine discharge that degrades water quality and marine life habitat if not properly diluted.

Desalination is also the most energy-intensive and expensive water supply option in California.  A great amount of energy is required to remove salt from ocean water as water molecules are forced through the small pores of a reverse osmosis membrane to separate them from the slightly larger salt molecules.  Desalination facilities increase local greenhouse gas emissions and worsen other impacts of climate change such as sea level rise and ocean acidification.

Confounding these negative climate impacts, the West Basin desalination plant was proposed to be located immediately adjacent to the shoreline, perpetuating industrialization of the coast, hardening of the shoreline and exacerbating beach erosion at a time when we should be moving away from the shoreline to protect our coastal communities and infrastructure.

To defeat the proposed desalination project in El Segundo, activists from Surfrider Foundation South Bay and LA Chapters have been showing up at public meetings and submitting comments against desalination and to urge the West Basin Municipal District to pursue additional investments in recycled water and water efficiency programs instead for the LA region. A special shout out is due for South Bay chapter volunteer leader, Craig Cadwallader, for his tireless efforts in attending hundreds of West Basin MWD meetings over nearly 20 years to track and advocate against the project. 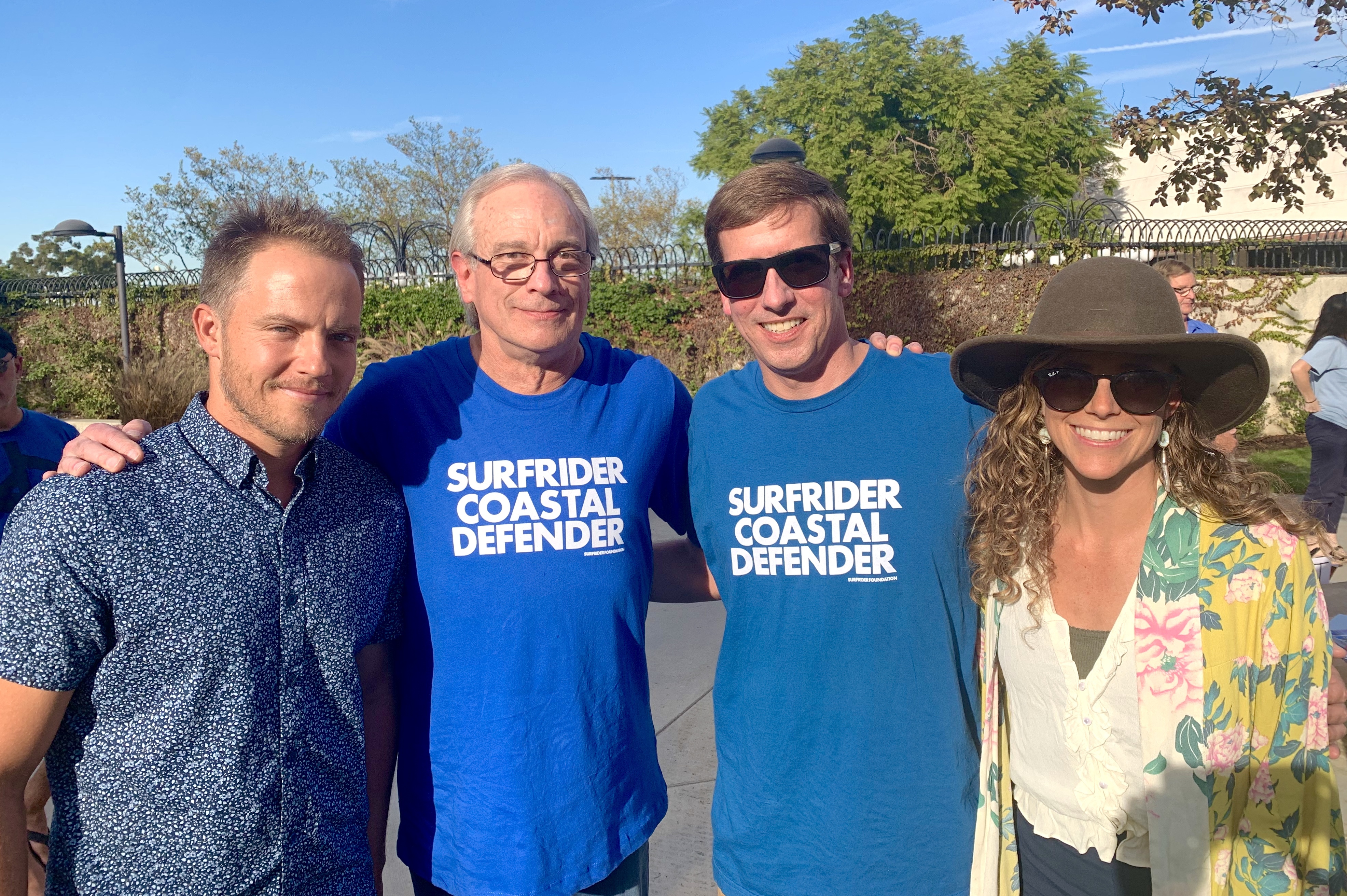 Fortunately our arguments were heard, and the District’s 2020 Urban Water Management Plan did not include ocean water desalination as a needed supply over the next 25 years, and a Cost-Benefit Analysis of the proposed plant released in 2021 clearly found desalination to be the most expensive water supply option. These two reports lead to the vote held by the West Basin Municipal Water District board in late December 2021, to terminate pursuing the desalination project and to instead pursue more sustainable and affordable water supply options including groundwater storage, wastewater recycling and conservation. See the West Basin MWD statement on the termination for more information.

“I want to thank the West Basin Municipal Water District Board of Directors for taking bold action to terminate the proposed Ocean Water Desalination Project in El Segundo, and by such action refocusing their attention to water efficiency and conservation programs, and most especially to enhancing West Basin’s leadership position in wastewater recycling at their Edward C. Little Water Recycling Facility in El Segundo, which if expanded to full design capacity, will more than offset the proposed 20 MGD product water output from the canceled ocean water desalination project, but at a smarter and more immediately achievable, and much more energy-efficient and less environmentally impactful manner.”– Craig Cadwallader, local policy expert with Surfrider South Bay

Unfortunately, there are many ocean desalination facilities being proposed in California, all in various stages of planning or permitting. Many of the proposed facilities have not been designed to minimize degradation to marine habitats and water quality, nor are the proposals being thoroughly evaluated by any government agency for their cumulative impacts statewide. Perhaps worse, none of the proposals have been adequately compared to less costly and preferable water supply solutions. Economically and environmentally sound alternatives like wastewater recycling, improved stormwater management and harvesting, and multi-benefit conservation efforts like integrated water management and Surfrider Foundation’s Ocean Friendly Gardens program should be fully implemented prior to turning to ocean desalination. Desalination should be a last resort after all these conservation alternatives are exhausted. It is imperative that Californians and those around the country continue to prioritize water conservation as a way of life, through both times of drought and plenty.

Learn more about the harmful impacts of desalination and more beneficial alternatives on beachapedia.