The enormity of the plastic pollution problem in our oceans is staggering.  Surfrider Foundation has been hard at work advocating for local bag bans, polystyrene foam foodware bans and regulations of cigarette butts, amongst other efforts.  But what else can we do to make sure we are targeting other forms of plastic pollution?  What is going on at the statewide level to ensure that producers of plastic packaging are taking responsibility for their products?  This blog will start to answer these questions and also look at two statewide examples in Rhode Island and California. 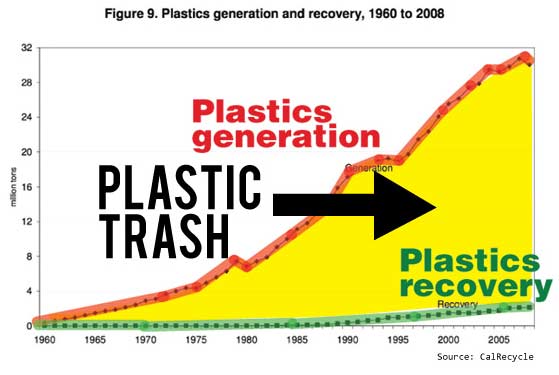 The amount of plastic being produced for consumer goods has been increasing for decades.  More plastic was produced in the first decade of this century that was produced during the entire previous century.  Additionally, the plastic that ends up in our oceans is also increasing.  Plastic debris harms our environment because littered plastics will break down into smaller and smaller pieces but will persist, especially in our waterways.  Marine plastic pollution has impacted over 663 marine species and can ruin a day at the beach.  Plastic pollution can also be very costly to municipal governments.  A 2012 report by the U.S. Environmental Protection Agency found that California coastal cities and counties spend approximately $420 million per year to combat the problem. 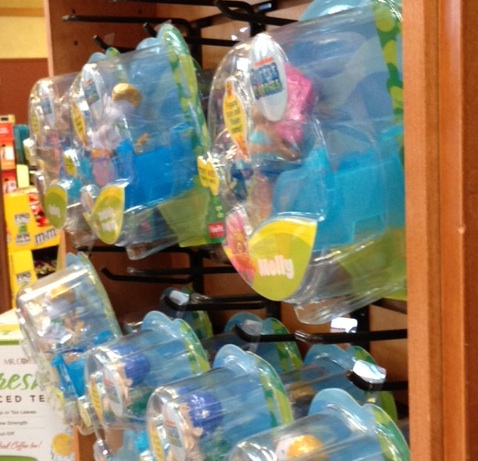 How can companies be held responsible?

The California Bill
In California, a bill by Assembly Member and former Coastal Commissioner Mark Stone and Senator Ben Hueso, AB 521, would make producers of plastic products and packaging do their part to keep their products from littering our oceans and waterways. This bill, entitled “Reducing Marine Plastic Pollution through Producer Responsibility”, would set out a framework and reduction goals to curtail plastic pollution.  It would establish a statewide goal of reducing marine plastic pollution by 75% by 2020 and 95% by 2025.  Three state agencies would be involved in creating a program to monitor producer companies; they are CalRecycle, California Ocean Protection Council and the State Water Resources Control Board.  Solutions will include improved packaging design and increased recycling for what cannot be refused, reused, or reduced.  The producers would have some flexibility to determine how to achieve the established targets.  The bill also allows for a producer to submit an alternative compliance fee that would be deposited in the Marine Plastic Pollution Fund, which could be spent on innovative product design, and recovery and recycling programs.  This bill is currently in the Assembly Natural Resources Committee.

The Rhode Island Bill
In Rhode Island, house bill H5264, entitled “An Act Relating to Health and Safety – Reduce Marine Debris and Preserve Landfill Space While Increasing Recycling of Post-Consumer Packaging”, sponsored by Representative Donna Walsh, is focused on extended producer responsibility for packaging and printed paper.  One of the main goals of the bill is to establish a manufacturer financed system to increase the collection, recycling and reuse of discarded post-consumer packaging materials and thereby decrease the costs to municipalities for these services.  The bill would also allow for more research on baseline marine litter data and fund new programs to prevent related further degradation of coastal resources.  Over half of the state’s population is represented by municipalities that have passed resolutions in support of this idea of industry financing for collection, processing and recycling of their post-consumer materials - so this bill is very popular at the municipal level.

Under this bill, producers are required to submit a program plan that arranges for the collection and recycling of post-consumer packaging that indicates how they will achieve an 80% recycling rate (by weight) by 2020.  The plan shall include a financing structure and a public education and awareness program.  It also specifically outlaws waste-to-energy conversion as a viable way to meet the goal. Unforutnately, the House Environment and Natural Resources Committee is holding up this bill for further study.

Surfrider Foundation is supportive of these innovative strategies to reduce plastic marine pollution.  Of course, Surfrider Foundation is also still supportive of measures that flat out avoid the need for senseless single-use plastic. In Rhode Island, H5403 is a statewide bill to eliminate single-use plastic bags and put a ten cent fee on paper bags.  In California, Senator Alex Padilla’s SB 405 and Assembly Member Marc Levine’s AB 158 would ban single-use plastic bags statewide, building off the current patchwork of bag bans enacted in dozens of cities.